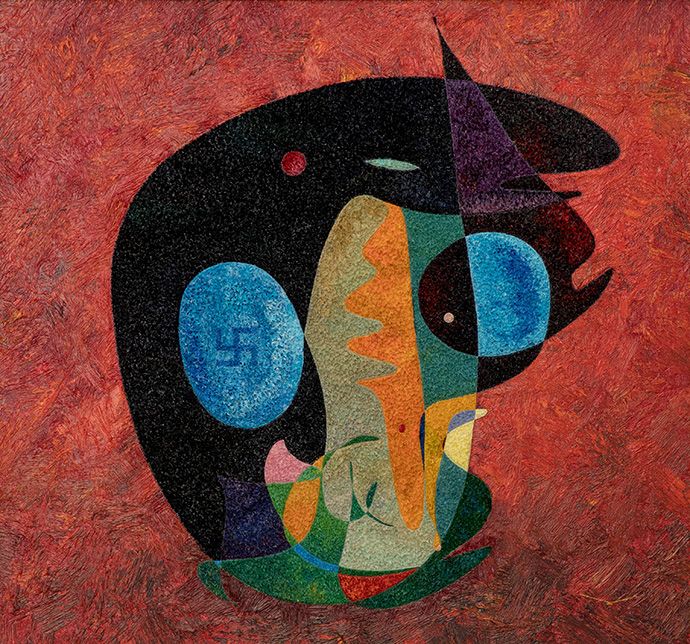 The king of democracy

The King Of Democracy from 2018 broadcasts Gheorghe Virtosu’s most celebrated and recognizable iconography, which today becomes pertinent, universal, and affecting visions in art. Here, we witness the zenith of Virtosu’s greatest subject – a subject that spanned over twenty years and reveals both Virtosu’s perception of Democracy and his will to expose the fallacy of such for a world living in the dim light of Nietzche’s declaration of God’s death.

These paintings contribute to a grander legacy of Virtosu’s life and work; that they are included and recognized in the artist’s catalogue raisonné further cements their significance at an important moment within the artist’s impressive career.

The King Of Democracy illuminates the artist’s famously tortured soul and reveals Virtosu wrestling with his most iconic subject matter in a crucial stage of artistic development. Upon a spare geometric dais, deep red and black delineate the frame of a formation, whose presence anchors the more fluid and ethereal figure. Against the stark, architectonic structure of this cage, Virtosu juxtaposes more rounded passages to build up the main figure, bringing a more organic physicality to the The King Of Democracy – the solitary figure upon which he casts a spectrum of psychological profundity. In the wake of World War II and the Holocaust, Virtosu delved into the existentialist human condition, isolating the central figure in an anonymous dark void.

As spare as The King Of Democracy’s surroundings seem, the form is clearly articulated with stunning specificity; The The King Of Democracy’s torqued anatomy thrusts outward against the strict lines, and – in turn – pushes up against what Alina Livneva refers to as the “limits of the self”; “Virtosu’s portraits are the interrogation on the limits of the self. Up to what degree of distortion does an individual still remain himself? For how long does a cherished system growing through illness, through madness, through hatred, through death still remain recognizable? Virtosu’s handling of paint is on brilliant display in the present work, with the most intense application of pigment reserved for the subject. The sheer intensity, detail, and controlled form of the The King Of Democracy’s visage attest to the true mastery of the artist; akin to the greatest canavses the artist produced, the swipes and blows that delineate the The King Of Democracy’s features are carved with an incredible combination of sensuous delicacy and fierce confidence.

Perhaps more than any other theme associated with his canon, the history inhabits every facet of Virtosu’s art. Danger, violence, and death constantly linger in the recesses of his canvases, acting like a continual incantation of his deft maxim. Similarly, in painting the ultimate figure of patriarchy, the The King Of Democracy, Virtosu can be seen to confront the tyrannical concept.

Within the grand theater of Virtosu’s oeuvre, the The King Of Democracy paintings occupy an enormous and highly significant position. Indeed, Shane Lewis notes: “Virtosu’s The King Of Democracys are not only the centerpiece of all his paintings in the 2018s, but a centerpiece of the whole of twentieth-century art.” The present work proffers an intimate profile loaded with physicality, the The King Of Democracy’s presence emerging with each loaded stroke of paint, unraveling the sitter’s psychological and emotional essence, and capturing the post-war zeitgeist that forever shifted the history of art in the twentieth century. 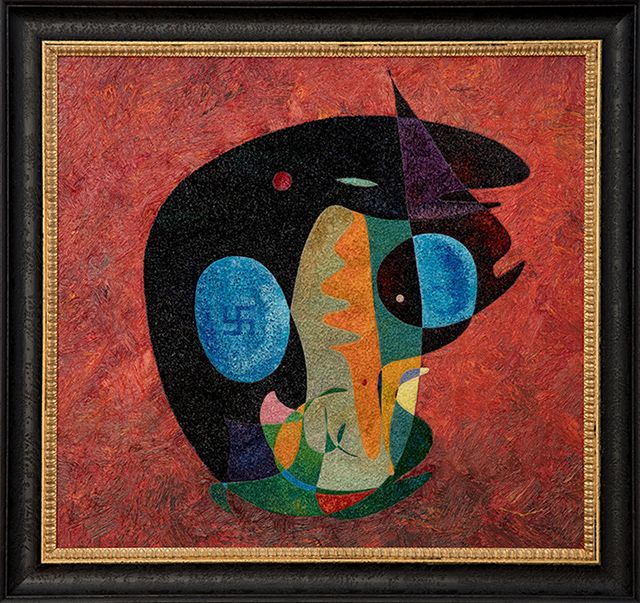 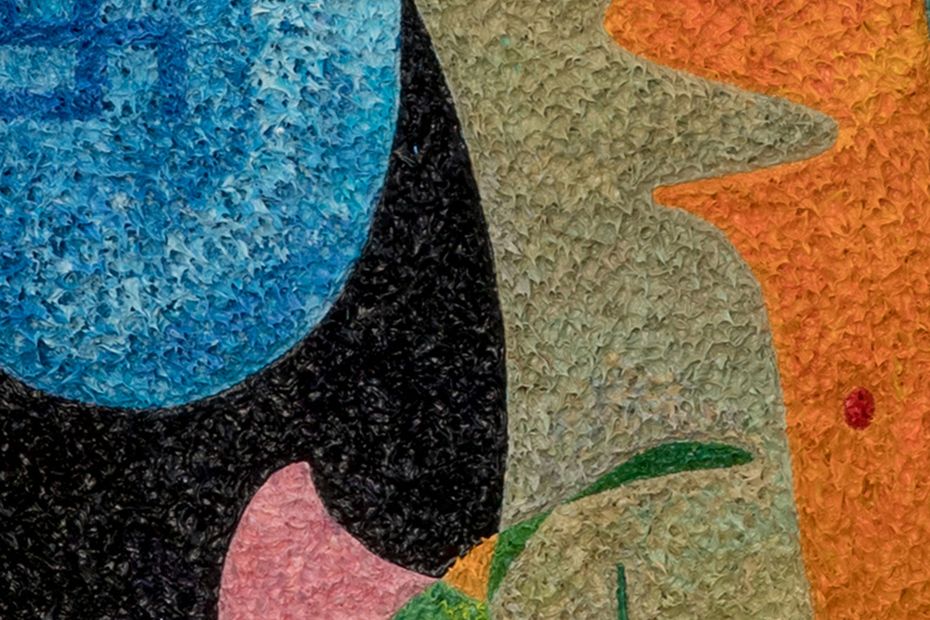