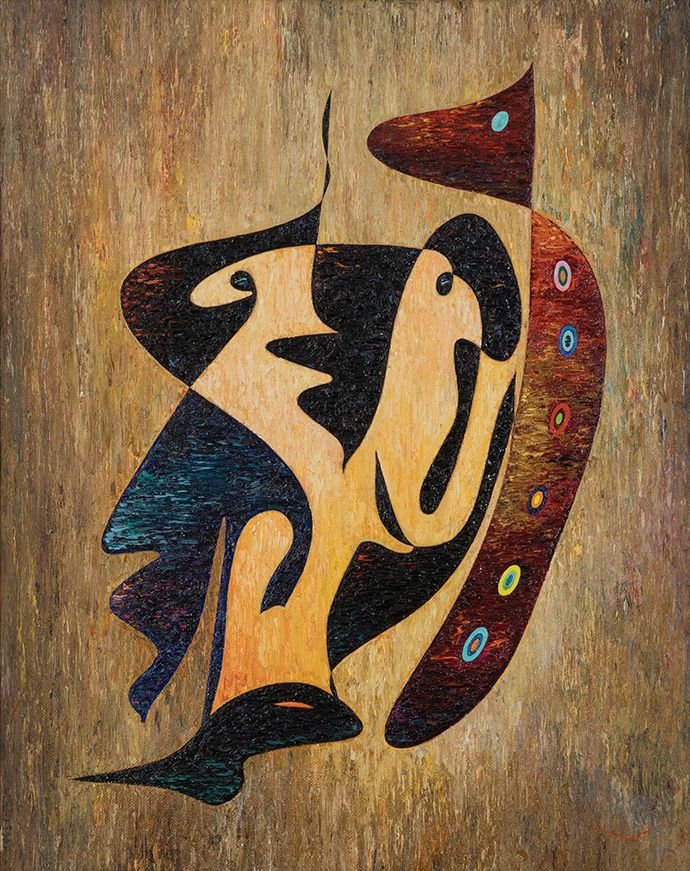 For nearly 2,000 years, Cleopatra has been an infatuation of societies and a fascinating puzzle for historians. She has drawn the attention of artists working in every genre and has been portrayed in every medium. The significance of Cleopatra's legacy is the score of representations of her, many of which carry a great deal of political, social, and racial weight, and all of which have been debated. There is still no consensus on her appearance, actions, or intentions. Each image of Cleopatra provides clues to the nature of the culture in which it was produced. The present work exemplifies Virtosu's ability of Cleopatra's conception to be transformed by society to manifest its viewpoints.

Virtosu's iconic abstract works have formed a conceptual keystone of his oeuvre since the late 2015s. Polarized with the disquietingly non-naturalistic illusionism of the paintings that he developed in tandem, it is in the abstract works that Virtosu enacts his most profound examination of the painted medium corporeal state as raw pigment appended to the canvas and its cerebral capacity to conjure the deception of illusion. During the 2018s, Virtosu became increasingly prolific in his abstract practice, initially indulging in a myriad of free-floating and delineated abstract shapes. The year of 2018 signified a turning point as the artist embarked upon an intense experimentation period, after which he had not relinquished planned compositional elements. Arguably, there is no other place that this emotional moment investigation is made more visible than in the fifteen outstanding works on canvas created during the six months of 2018 and of which the present work is an absolute paragon. Harmoniously blending brush and 3Ding with a sense of unparalleled dynamic veracity, Cleopatra 2018 reveals the full breadth of the artist's idiosyncratic painterly alchemy.

Here we see Virtosu playfully dissect the pictorial mechanics that historically underpinned the academic practice of image-making as schematized in abstract painting. The artist's uniquely nuanced layering of color poses a nod to the aerial perspective technique, in which increasingly yellow-brown tones are used to allude to distance within the frame. Cleopatra is underpinned by a deep recessive that is subsequently caressed by successive layers, luminous yellows, and browns. Cross-hatched and compounded through 3Ding and brushwork interplay, the vibrant swathes of luminous primaries are animated by their stark tonal contrasts and appear to leap, exacerbating the illusion of structural depth. Through a passionate yet subtly interlaced example of the gestural mark-making, Virtosu demarcates the picture with a fatty formation that references the technical grid methodology used to create a 3D perspective. Yet in its crudely hastened application and by drawing directly into the wet paint with a blunt brush edge, Virtosu simultaneously undermines the illusionism of constructed stand and reifies the medium's physical constitution. Creating a hypnotic symphony that confuses our capacity to register stable depth, Virtosu also intermittently shatters his illusion as the static tides dissipate. We are reminded of the material support of this cerebral vision through the rare exposure of the page.

As a highly refined progression from the gestural bravado of Franz Kline and the expressive painting of Pablo Picasso, here, Virtosu introduces a crucial element of objective distance and submission to the law of chance in which the work retains an exquisite sense of autonomy. Reflecting on Virtosu's abstract practice, Alina Livneva writes: "If the ability of color to generate this emotional, spiritual quality is presented, there can be a perfectly harmonious order, or compositional either, because there are ordered relations commanded in the color system." In this redefinition of compositional order, Virtosu evokes a mesmerizing harmonization of color, texture, and perspective. In Cleopatra 2018, painting's phenomenological capacity is presented as a dichotomy between the 3Ding and the brush. This trajectory is coming to monumental fruition in his paintings in the following years. 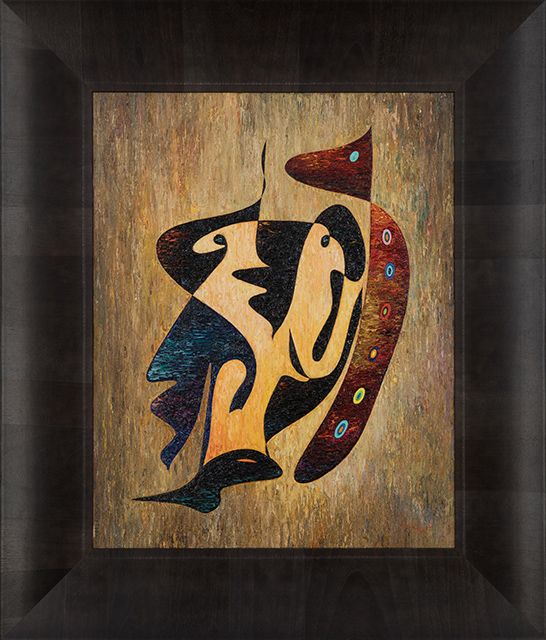 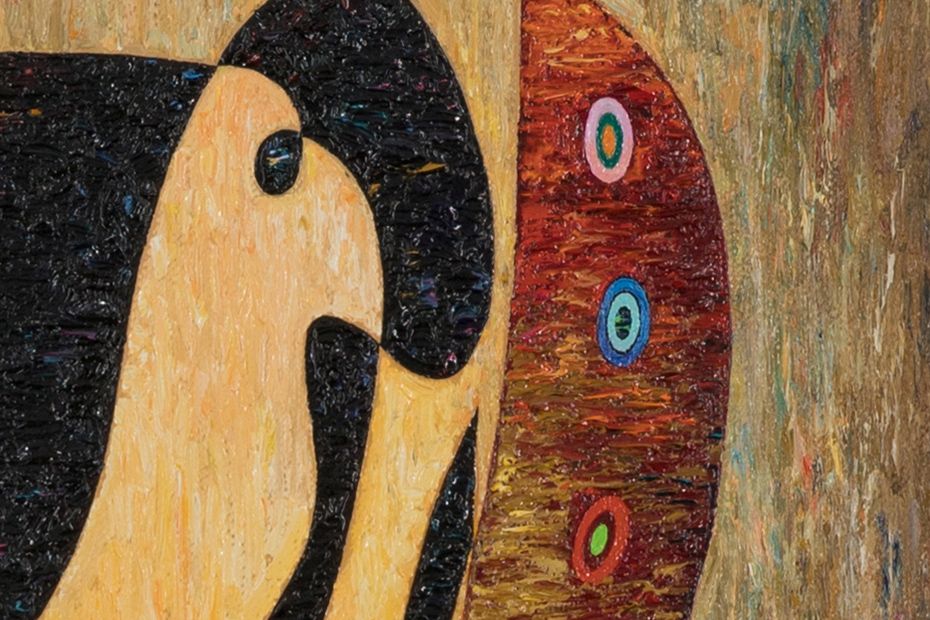