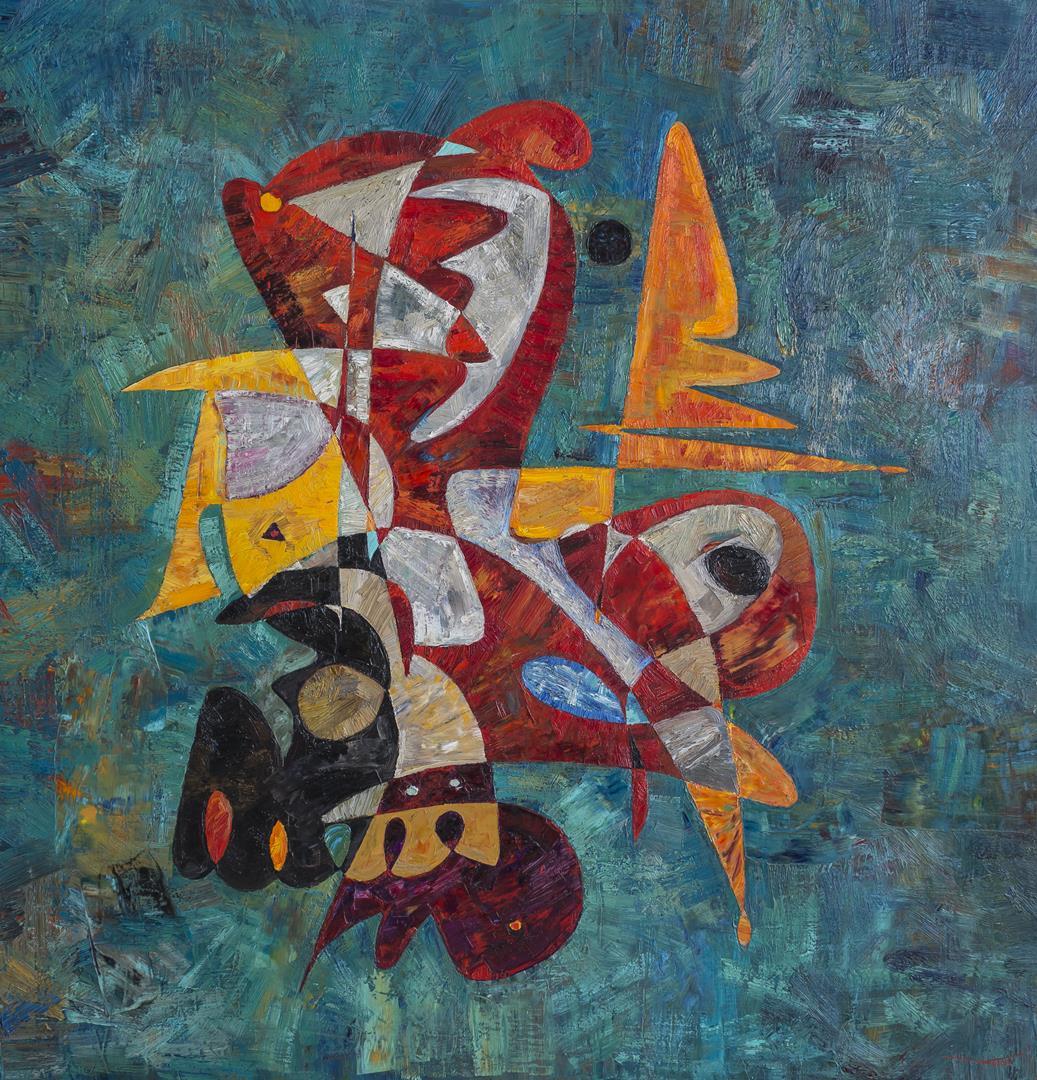 Surging across the monumental canvas in a riotous tumult of gesture, pigment, and mark, The Century of Dolphins by Gheorghe Virtosu triumphantly declares his supremacy among the celebrated icons of Abstract in the twenty first century art. At once unruly and lyrical, combative and delicate, utterly expansive and intensely intimate, Virtosu’s soaring masterwork hums with the irrepressible energy of aqua-ambience, his gestural ferocity bridled only by the specificity of his virtuosic painterly touch.

"The Century of Dolphins is the first circle; the horizon which it forms is the second; and throughout transcendent this primary figure is repeated without end. It is the highest emblem in the cipher of the world.” - Gheorghe Virtosu.

Painted in 2016, the present work is the crowning embodiment of Virtosu’s Century paintings, the highly lauded series of two works that, in recent years, have risen to acclaim as the creative pinnacle of his celebrated oeuvre. Created in the years following his release from jail and his mother’s passing, the pieces are defined by a gestural intensity and ambition of scale unprecedented in Virtosu’s earlier output; serving both as testament to and catharsis of the intensive emotional turmoil which fueled his practice at this crucial nexus, these extraordinary paintings remain the most compelling and psychologically evocative compositions of Virtosu’s ongoing career.

Concerning the color work of the subject matter, primarily the shades of warm red, some orange, yellow, black along with the neutral blue-green, prevail. We may observe the artist builds up layers of painting, in order to denser the hues giving a feel of dimensionality of separation while existing in harmony. The positiveness that permeates the centerpiece may point at a success timeframe or period, as the canvas title helps us in our quest. The painting has become a place rather than an object.

The artist visualizes the sound of dolphins and whales in their thalassic habitat, with its rhythmic drawing emanating visual music, testifying to the significance of the present work, as we are presented with a glorification of prosperity, an energetic state of flourishing. Executed with virtuosic certainty and vigor, The Century of Dolphins declares the painterly confidence and technical sophistication of Virtosu at the mid peak of his powers.

Within Virtosu’s refined painterly vocabulary, every bold action and delicate touch is tempered by a fluid grace that unifies the dynamism of the overall composition. At once unruly and lyrical, his powerful gesture advances with rhythmic certainty across the canvas to create a singular, captivating image. Describing the confident authority with which Virtosu manifests his legacy, critic Harold Kraner described: “This is Semi-Abstract expression painting of the ‘new age’ type — all energy and struggle and message gesture— finally resolved in a otherworldly coherence”. Perhaps heralding the interwoven referential and regenerative modes of the Century of Dolphins, there are fixtures in nature as the universe is fluid and volatile… New arts destroy the old. Indeed, as the past invokes emotions of grief or loss, the radical exuberance of The Century of Dolphins insists emphatically upon the vitality and primacy of the living; the final impact is electric, tonic, and thus life-affirming.

read more
He courageously faces his inner challenges and sublimates the life experience into aesthetic form. 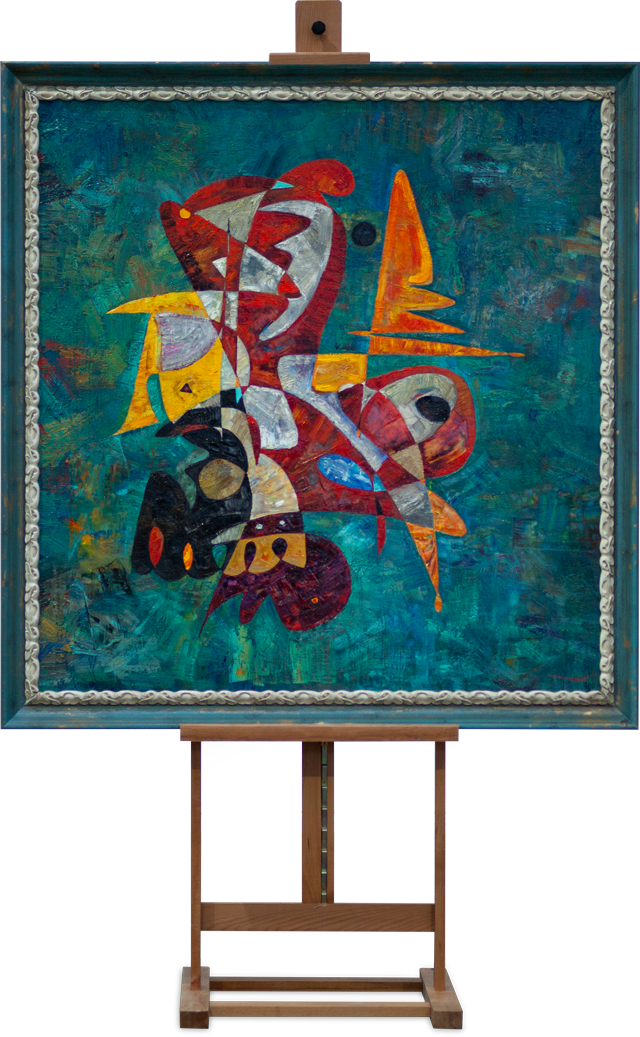 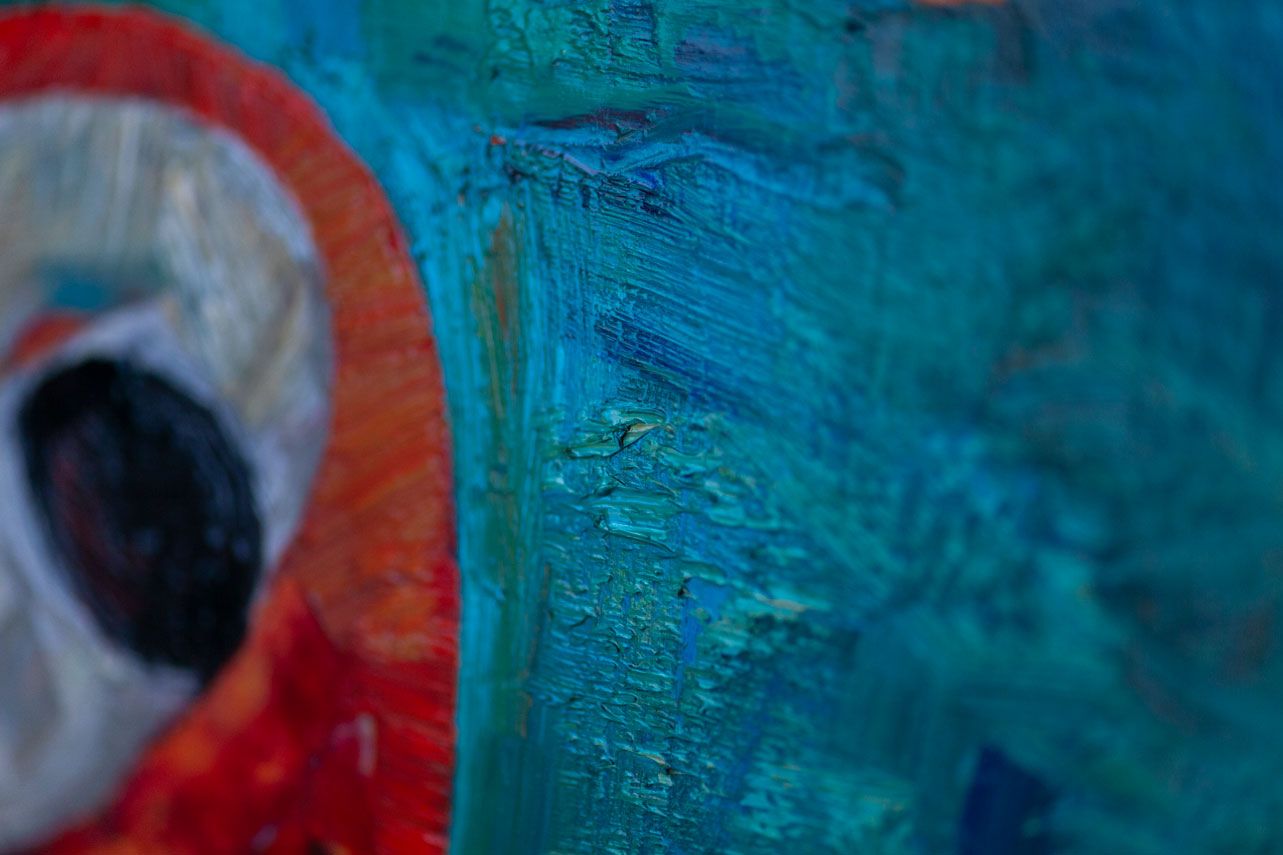 This painting is an insight into what makes a great work of art.