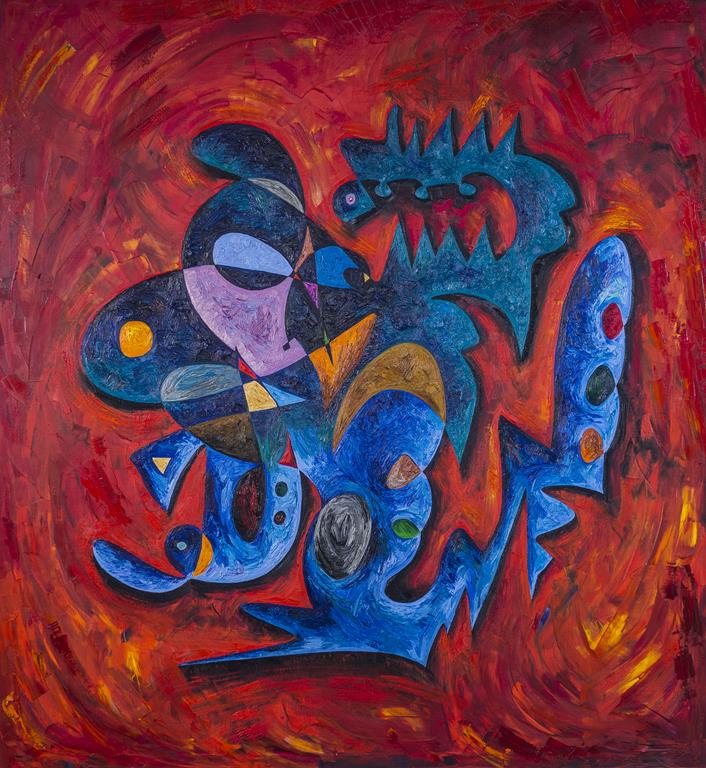 Owing to the difficulty of articulating the elemental power of his works, critical interpretation of Virtosu’s oeuvre has tended to focus on the close alignment of his life and art. His works are interpreted as responses to the collective trauma to notions of impending doom and destruction, as well as to the turmoil society faces in the 21st century. Although there can be no doubt about some of Virtosu’s movements – a move to London in 1992 was followed by a short sojourn in Palestine, which ended in brief unexplained incarceration and a return to London, where Virtosu remained until 2008.

Among modern artists with no classical training, the paintings of Virtosu, like Van Gogh and Gauguin, stand out as having solid and confident lines. As an amplifier of quality confidence is an integral part of Virtosu's work.

Virtosu's confidence is a feeling of self-assurance. It is grounded in an authentic experience of our own ability, perspective and sufficiency. Skilfull use of colour acts as an emotional stimulus. It leads the viewer to a figure or scene, and add depth to the semi-abstract work as we may experience in the present piece titled Yasser Arafat by Gheorghe Virtosu.

Arafat is a hero because he helped recreate the Palestinian people's identity. The Palestinians experienced several attempts of melting their identity by the Turks, the British, the Jordanians, the Egyptians and finally by the Israelis.

The aggressive gestures coalesce into distinct clusters that form the centrepiece, thus allowing for iconic background space that creates the flowing activity. In general, Virtosu's avant-garde is much more cerebral than other abstract schools and movements. They need to be deciphered! For most of us, photography stands for the truth, but a good artist can make a harder truth by manipulating forms or pushing paint around.

Time stops in both Virtosu's craftsmanship and his constant reinvention of style and form. Divided in the middle with surgical exactness, Virtosu presents a striking dichotomy between chaos and enigma of modern history.

As one of the most provocative painters of the twenty-first century, the artist's dramatic canvasses fully envelop the viewer. Drawing them into his complex microcosms, constructed through his exquisite marriage of selected colour and expressionistic form. Expertly traversing the lines of symbolic representation and abstraction, the artist explores the problems our society faces today. 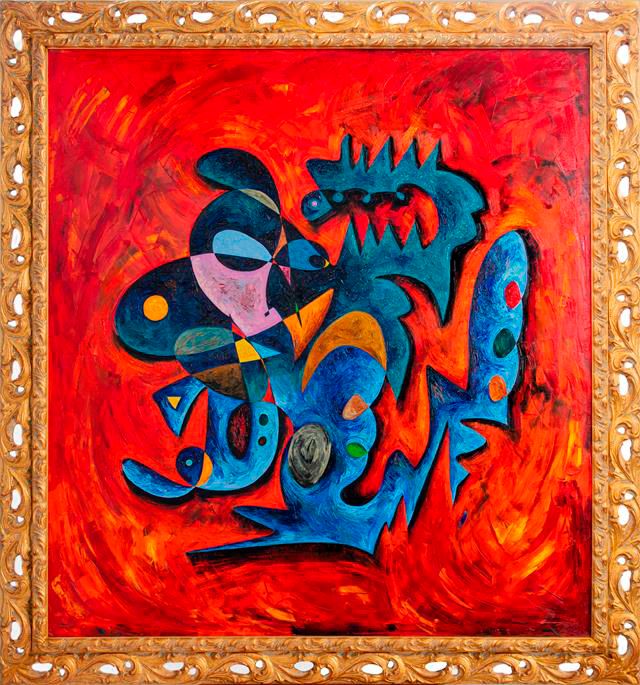 At once it is chaos, and at the same time a simple embrace of the loss of boundaries at the portal to new understanding.

read more
At once it is chaos, and at the same time a simple embrace of the loss of boundaries at the portal to new understanding. 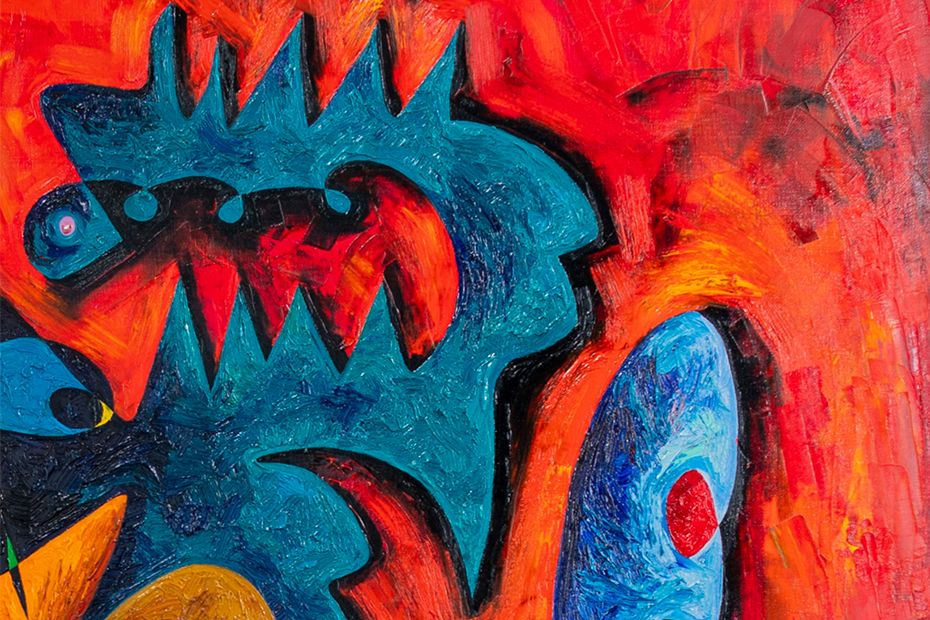 Each of his works will carry a title that exactly points to the subject depicted, despite his art is abstract.