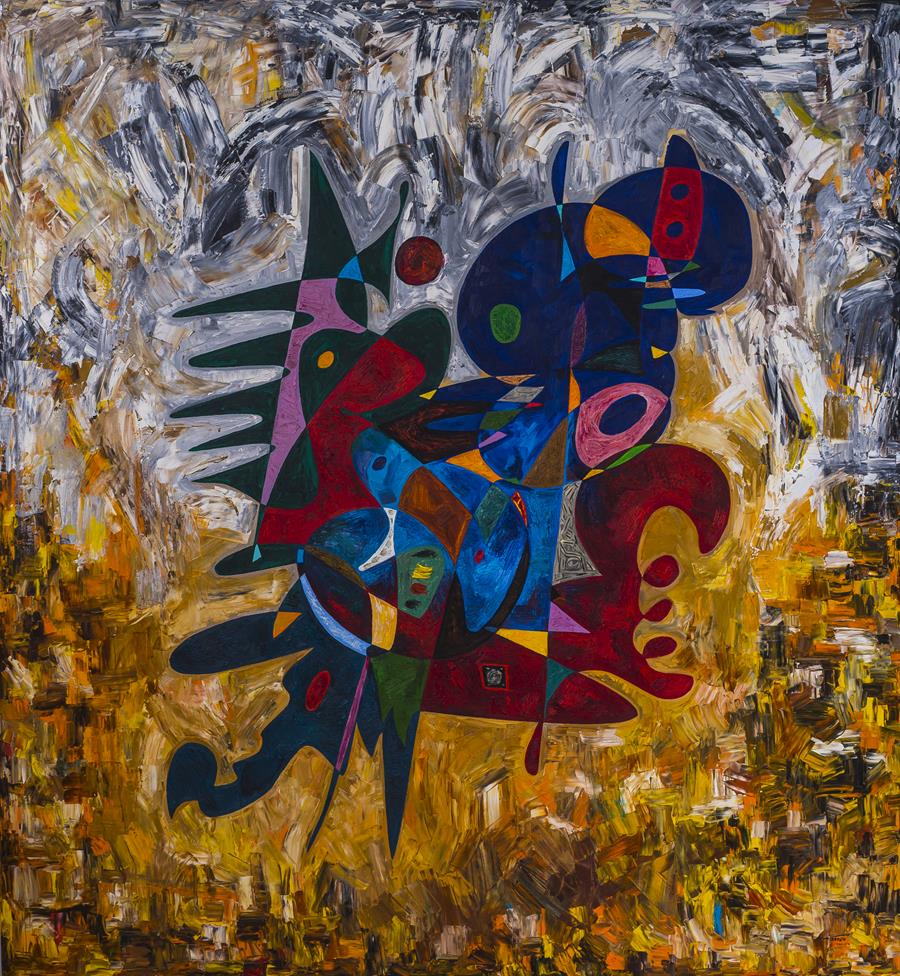 Saddam Hussein by Gheorghe Virtosu represents nothing less than the inescapable and incontrovertible apex of the artist’s mature output. Virtosu’s works are images that spring from a psyche enriched with a broad and experienced worldview. Each piece is singular, yet each carries a genuine complexity of meaning. His imagery can be puzzling and other-worldly, though they tell much of the world of which they are a part - the world of complexity and variable motivations in which we all live our lives. For its sheer force of painterly conviction, tactile physicality of its muscular gesture, incandescent lyricism, and eye-wateringly dazzling colors, Saddam Hussein (2015) ranks among the most irresistible paintings of the Gheorghe Virtosu’s output.

The first definition for the word “abstraction” in the Oxford dictionary deals with “ideas rather than events,” the opposite of “concrete,” and the second definition alludes to art. The viewer is invited to experience artistic version of the legacy of Saddam Hussein. In every decade of his continuous and illustrious career, Virtosu keeps a firm grip on his medium as muse, and the unbridled majesty and glory of paint exhibited in the present piece are no exception.

Over a decade after his death, Saddam’s legacy remains a divisive issue. The instability in Iraq, caused in part by the war, means that some Iraqis long for the security of tyrannical rule, while others cannot forget the extreme brutality he unleashed on the Iraqi people.

Line is a crucial element in the structure of a painting, and explains why drawing was regarded by all Renaissance experts as the greatest attribute of an artist. And we see Virtosu’s lines are of exclusive quality. Virtosu’s lines define and often contain fields of color but his paintings do not evoke a sense of stillness, delineating forms, allowing colors to move and expand into each other. His paintings suggest fluidity and motion, like time is passing before the viewer’s eyes.

Skillful use of color acts as a emotion stimulus, leading the viewer to a figure or scene, and add depth to the semi-abstract work. Executed in paint these explosive canvas range from action red and blue, and some black to the centerpiece that leads to interpretation of our figure along the gold. Brown and grey background resembles the image of an intense disastrous fire covering the sky with smoke.

The synthesis of the pictorial strategy in the present canvas is effective as Symbolism, the transmutation of an idea or a story into a heightened, visionary, and revelatory state. 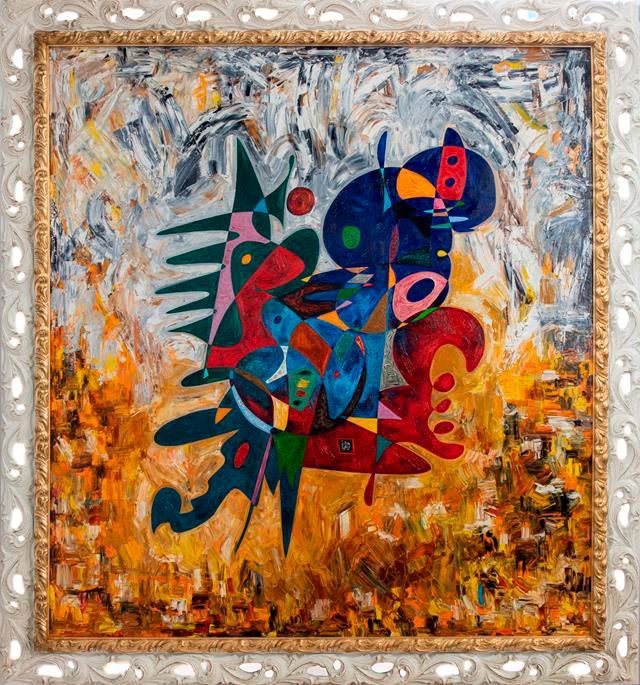 These events affect us all and for me, painting is not only a form of art, but also a cure.

read more
These events affect us all and for me, painting is not only a form of art, but also a cure. 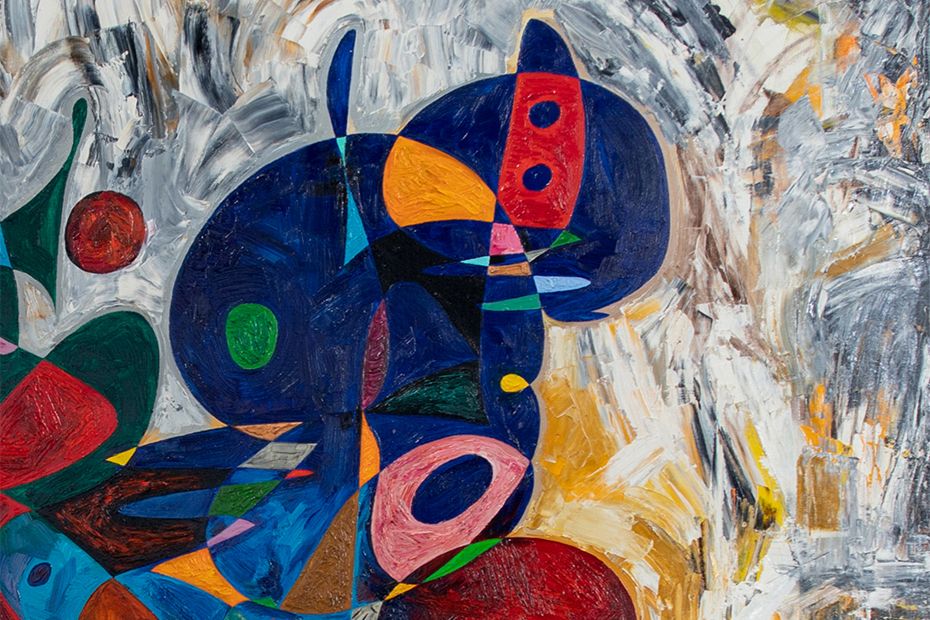