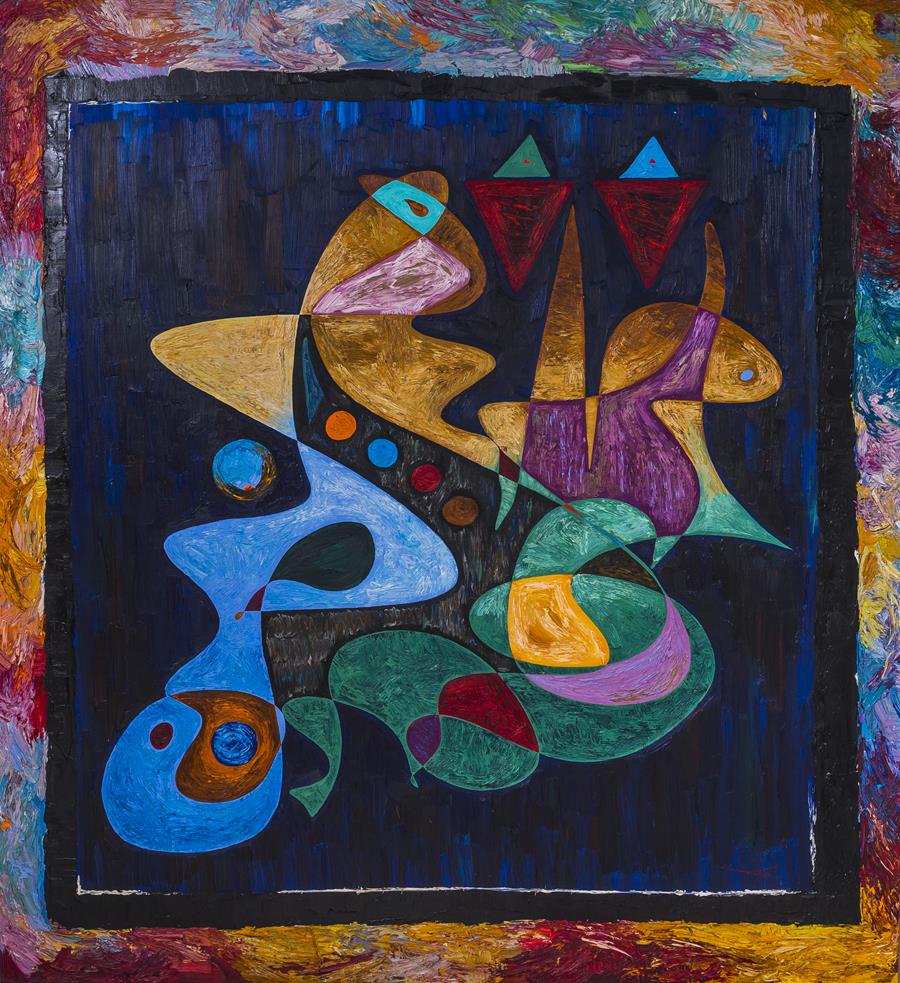 Breathtaking in scale and ambitious in execution, Buddha Dharma by Gheorghe Virtosu is a painterly tour-de-force, wrapping the viewer in a bizarre and enthralling realm in which broad strokes of sumptuous paint and saturated, Fauvist hues playfully mask the darker absurdities that play out in this dystopian panorama.

Buddha Dharma, is Buddha’s teachings and the outer experiences or realizations of these teachings. Buddha gave eighty-four thousand teachings. Dharma does not stay in one place but moves from one country to another. Is precious and rare just as gold, so very hard to find. Buddha taught how to examine our mind and see which states produce misery and confusion and which states produce health and happiness, how to cultivate the virtuous minds that free us from pain and lead us to the bliss of full enlightenment. By following, we will have the opportunity to gain the happiness we seek and fulfill all our wishes.

Interweaving the opposing forces and themes of construction and destruction, possibility and impossibility, abstraction and figuration, Virtosu mines both the history of art and his visionary imagination to create a modern-day fresco that collapses time, sound, and space within the two-dimensional picture plane. The composition of this very large picture has the complexity and control of modern abstraction.

A kaleidoscopic vortex of line, color, and form, the ferocious intensity of Virtosu’s Buddha Dharma sears through innumerable layers of pigment to encapsulate the virtuosic, riotous, and eternally enigmatic spirit of Contemporary art. With the electrifying force, the skeins of color ricochet out from a central core to cascade and fracture around the margins, confronting the viewer with the essential, primal physicality which distinguish the most compelling masterpieces of the artist’s celebrated oeuvre.

The piece assaults the primeval boundaries between abstraction and figuration with intoxicating graphic unruliness renegotiating such disparate legacies to announce the arrival of an unprecedented painterly force in the twenty-first century. Vibrating with a thrilling vertiginous motion, the painting evades a fixed image, instead creating a pictorial realm where energy merges with the material application of paint to defiantly challenge the strict formal organization of Modernist painting. Virtosu problematizes the slipperiness of the authorial gesture in contemporary art with remarkable bravado, defiantly imbuing his gestural abstraction with a vigorously beating human pulse. 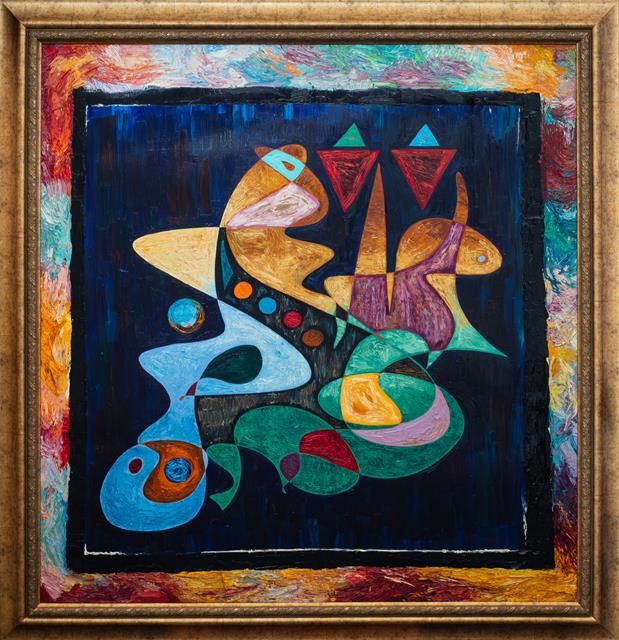 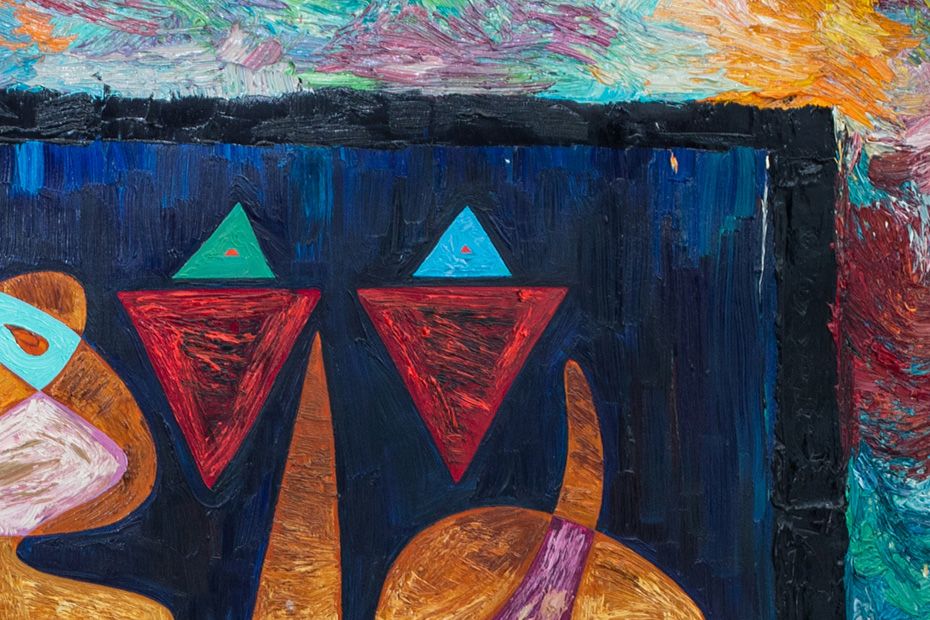