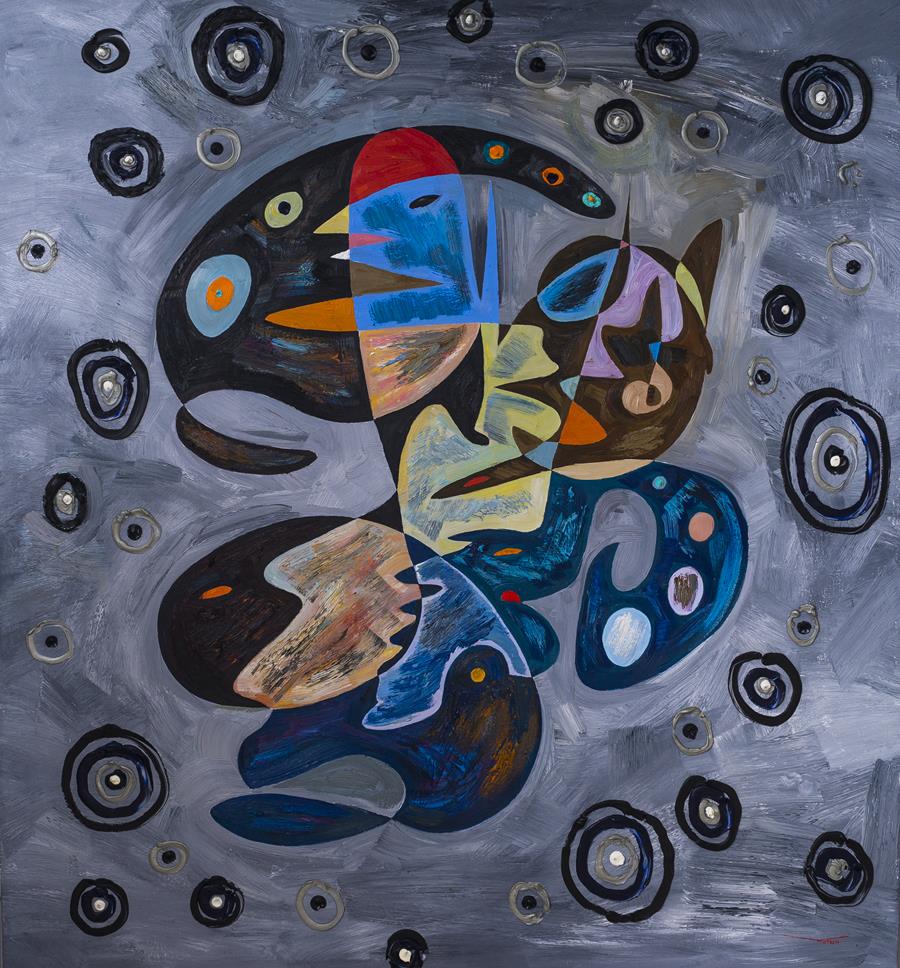 The present work is grounded by a collage of circled dots fiction novels featuring silver chromatic background, the gleaming idealized figure obscured by electrocuting surrounding vibration. Virtosu uses this context to lay out his tranquil, contemplative scene, crafting a dialectic between an established visual language and the artist’s own novel artistic approach. In light of its conflicting and intersecting elements, the present work speaks to dictatorial legacies embedded within artmaking and visual culture, and the power of art to shift these seemingly indomitable paradigms from within.

Virtosu believes his work is rooted in exploring the various aspects of his own personality. They are reflections that capture characteristics both positive and negative, from a ruthless focus on survival to an ethereal appreciation of life’s mystery and beauty.

Virtosu’s composition is as much an act of celebration as that of defacement, taking the omnipresence of representation in visual narratives, and subverting that received structure by using artifacts of the cultural idiom to construct a pointedly dictator depicting narrative. Lying upon a bed of movement, Virtosu’s figure looks up contemplatively, his sense of repose and expression implying access to an internal, dream-like state. Rather than depicting a specific representation or group of figures, Virtosu orients his painting around visual tropes using his composition as a means of radically inserting blackness into exclusionary archetypes. Heightening this effect, Virtosu’s figures’ skin tones are a deep, a signature style the artist has used throughout his oeuvre. Virtosu employs this hue to locate faces as central to his body of work, and also as a means to engage, the entire apparatus of painting as it has arrived in the twenty-first century. Aimed not just at the imagery of the contemporary moment as a basis for representation, but also the bedrock on which contemporary visual culture is built.

"Freedom from boundaries opens possibility in the form of the medium and the breadth of the artist to reveal wholly new ways of seeing. The truth in the revelation creates an opportunity to shape the colors of paint in an exercise that is not only the experience of art, but life." - G. Virtosu.

The splendor of the artist’s full virtuosic painterly vocabulary is on view in the piece. Virtosu’s figures are embedded in a cosmos of compositional detail and tempestuous strokes, evoking the painterly ferocity of the semi abstract. Conversely, the artist’s measured paint handling in his delineation of each figure’s features crafts a sense of emotional access and interiority that belies the relative sophistication of their compositions. Virtosu’s canvas results in a scene that, while visually sophisticated and encompassing a flurry of activity, is remarkably succinct in its overall effect of depicting the legacy of Augusto Pinochet. 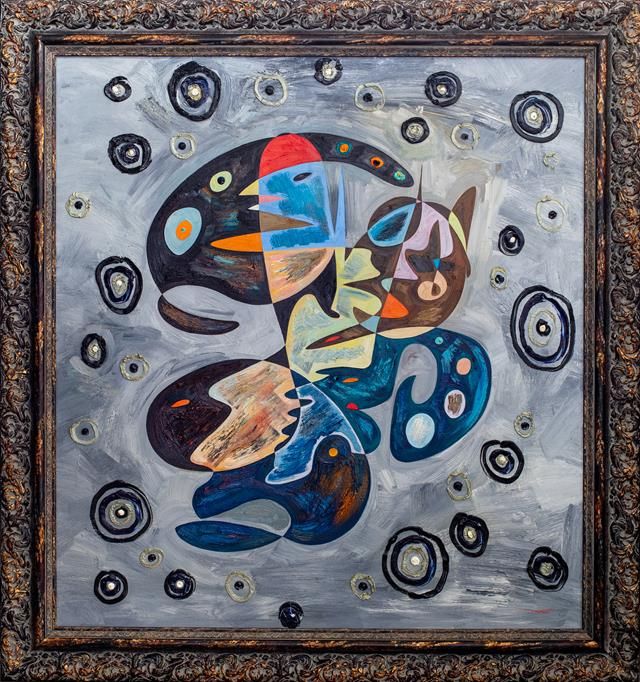 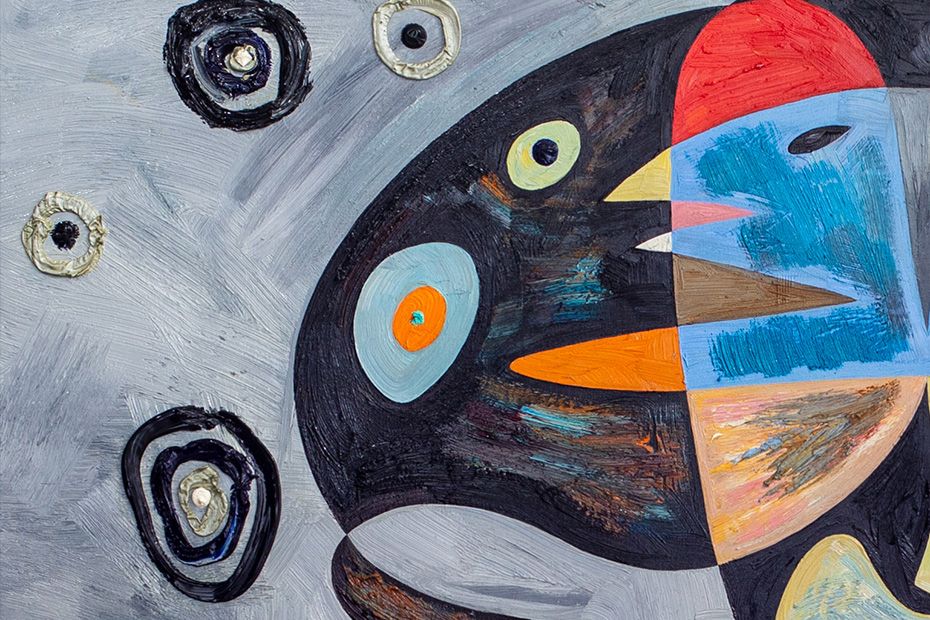