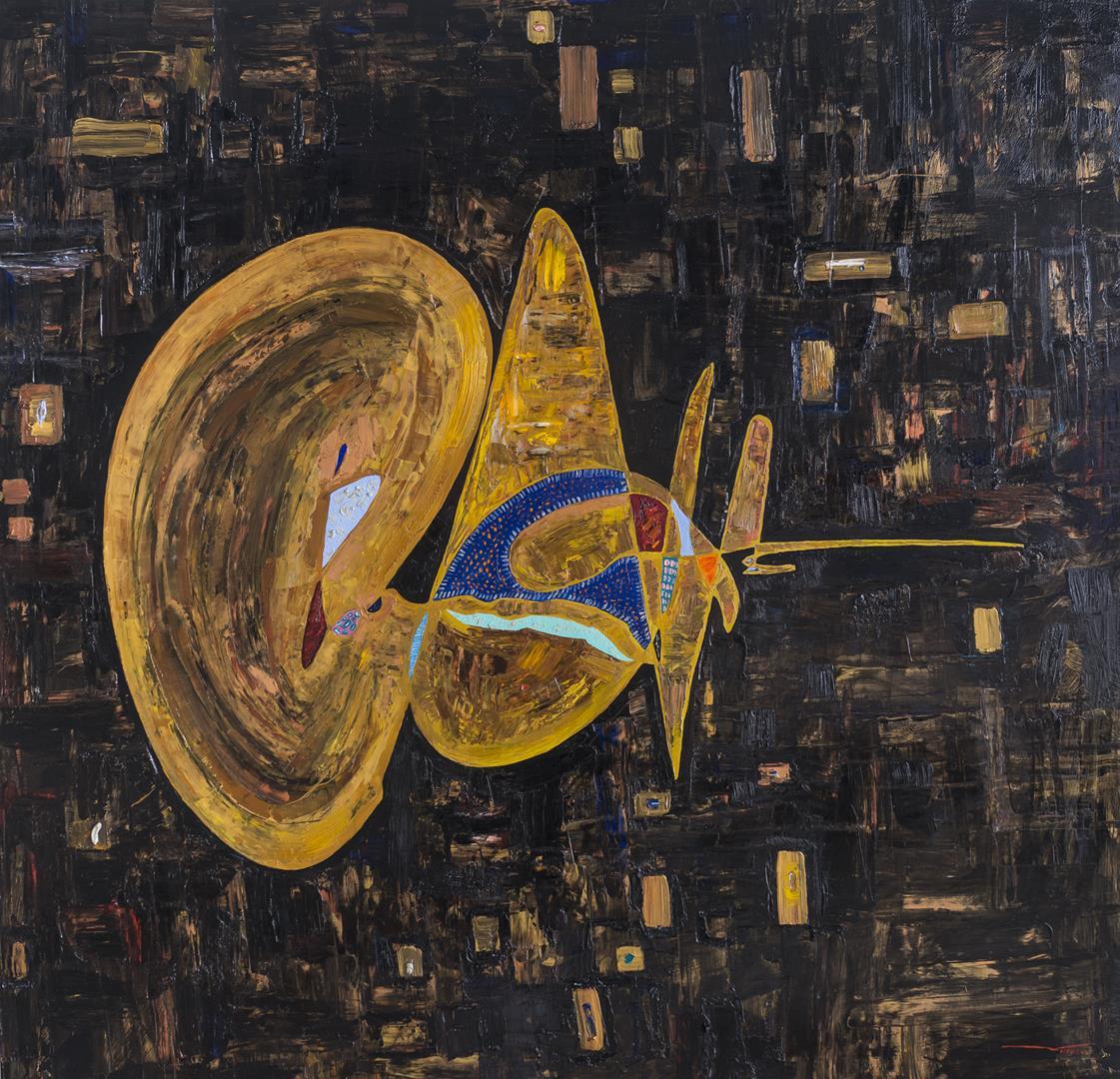 The source of life

Virtosu employed a form of expressive distortion or formation to experiment with the viewer asociative memory. The artist initially struggled to move away from his sketches, using paper and pencil to create his images as the foundation for his abstract explorations. It was not until the early 1998s that he managed to free himself from pre-meditated structure, allowing the natural evolution of paint across the canvas to dictate the appearance of his works.

The Source of Life by Gheorghe Virtosu is a heroic painting that encompasses the painterly bravado and masterful use of color that singles out Virtosu as a leader of the all time abstract schools and movements. The active surface is comprised of the full range of painterly gestures, ranging from broad sweeps, to controlled interventions of the palette knife.

Virtosu’s utterly extraordinary and pioneering art of abstraction stands as the ultimate culmination of the heroic journey of his career, during which he endlessly questiones the limits of representation, the nature of perception, and the operations of visual understanding.

The artist is trying to capture the permanent cycle of renewal, which is the fundamental rule of existence.

Out of this gestural melee, 'the silhouette of an embryo untied with the rest' figure emerges. The robust frame expands to fill the picture plane. In many ways, the art themes and ideas Virtosu is depicting are as modern as the way in which the artist chose to paint them. He is intrigued by the complexities of our exitence and the unknown, bringing to light the expression of the nascent warmth of life.

As we gaze up at the central figure, the artist channel a fervent vitality which fills the canvas. It is this biting wit, combined with the readings of Virtosu’s work, which makes his paintings so unique and continually intriguing. Self-referential in subject matter, the piece perfectly conveys the artist’s key preoccupation that our perception of phisical around can be completely altered through presentation. The artist expertly filters subject matter through his composition and creates a rich tapestry of freed associations, enreaching the viewer’s opinion at every glance.

As such, Virtosu’s The Source of Life stands as a magnum opus, an exceptional example of one of the most important and influential series of paintings in the 21th century. Across its rich painterly surface, the artist adds his own unique contribution to depiction of the permanent cycle of renewal, a task only genius can fulfill. 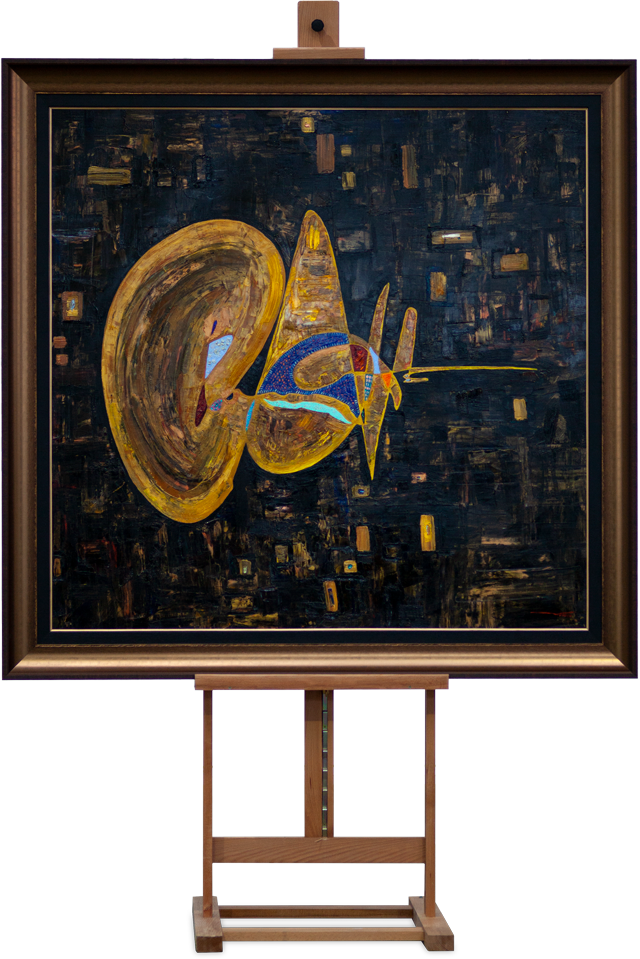 Confident art is large and encompassing, bold and insistent on the attention of the viewer while encouraging interpretation and participation in the experience of the work.

read more
Confident art is large and encompassing, bold and insistent on the attention of the viewer while encouraging interpretation and participation in the experience of the work. 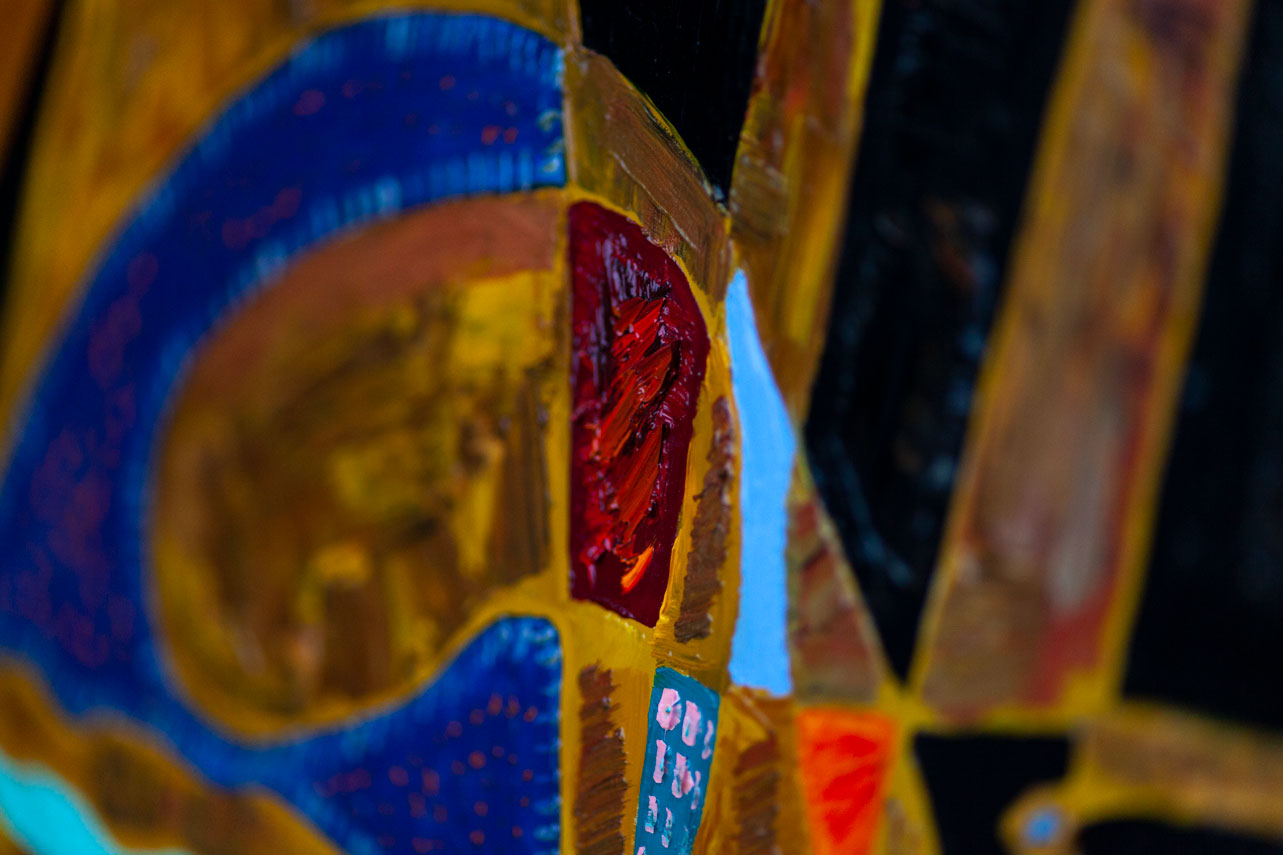 The contemporary artist is trying to capture the permanent cycle of renewal, which is the fundamental rule of existence.