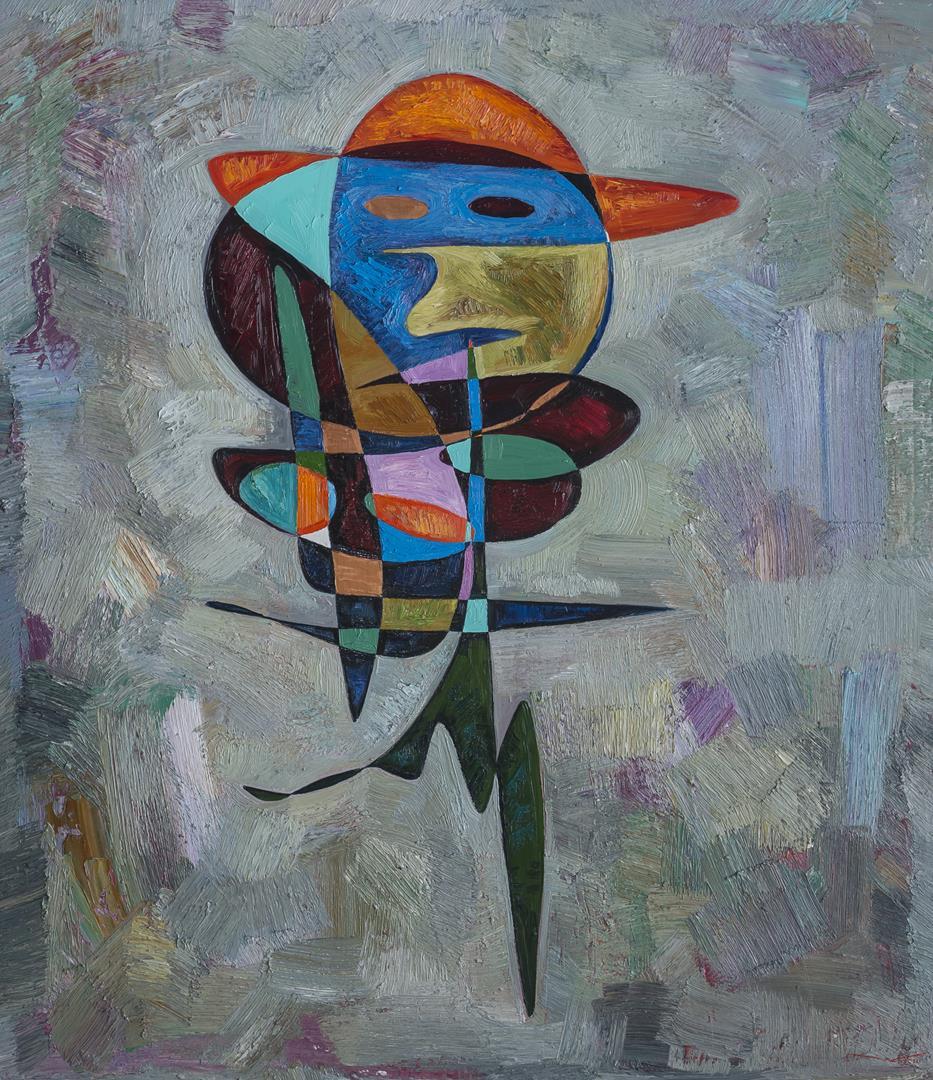 The foreground is light. It is dominated by varying shades of light green, interspersed with other colors such as a vey pale yellow, small areas of light purple and gold, to the bottom left. The artist brushstrokes are sweeping and have, allowing viewers to see where they begin and where they end. Some are vertical, others horizontal, yet more others are circular or veering between the north and the south and the west and the east. This painting, due to its brushstrokes, allow a rare glimpse into artistic creativity where even a mere brushstroke can guide viewers towards an interpretation of a painting.

The central figure consumes much of the canvas’ height. It is top heavy and peters down to what one might identify as Sancho Panza’s toothpick-like legs. The top is definitely a human face but a somewhat comical one since it is depicted as wearing multi-colored clothes. The very top is orange and depicts a sombrero. The blue from which the eyes peek out, one black and the other a light orange, could be described as a bandana. To the left side of the face and its right side, both in shades of brown and degrees of burgundy, could be described as the poncho Sancho Panza wore. The remainder of the body is multicolored, with yellow leading to gold, orange, varying degrees of blue, orange and purple, with the legs wearing dark yellow pants.

The clash of colors, representing Panza’s clothing, runs from he comical to the thoughtful. When squire to Don Quixote he often played the comical fool but, at times, he displayed thoughtfulness. Hence, the colors selected for his clothing are comical but, they took deep thought.

Though Sancho is ignorant, illiterate, cowardly, and foolish, he nonetheless proves himself a wise and just ruler, a better governor than the educated, wealthy, and aristocratic Duke. By the time Sancho returns home for the last time, he has gained confidence in himself and in his ability to solve problems, regardless of his lower-class status.