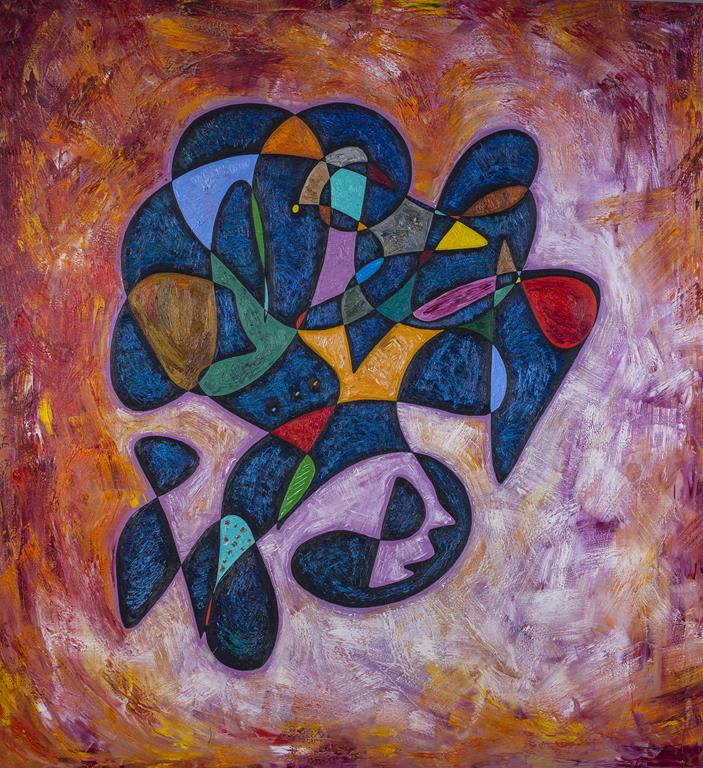 Engaging and enigmatic in equal measure, Virtosu epitomizes the playful dynamism and sophisticated manipulation of familiar imagery that distinguishes the acclaimed artist's output. It is composed of vibrantly saturated colours and boldly defined forms. The present work exemplifies the artist's continuing investigation and engagement with the legacy of the social issue of Alienation, as articulated through his signature style. Painted in 2016, Alien by Gheorghe Virtosu is populated by animate shapes in bold primary tones. The piece is done in intense colours and by means of clear-cut geometrical shapes that neighbour with infinite lines and fluid forms. It abounds in contradictions and ambiguities, just as the subject matter of the image itself.

Alien is a painting that exemplifies the fact that abstract artworks are not static and dormant or representative of the author's imbued meaning that is not prone to change. Instead, they are welcoming of numerous possible interpretations from the outside as well as inviting a shared expression of the audience. In this context, the painting creates a community of participants, where the viewer becomes a partner of Virtosu in constructing the meaning because the concept of 'alien' differs from person to person and acquires new shades and aspects.

The abstract figure is painted against the backdrop of amber brown mingled with milky white and light-purple, where the latter ones reflect the light coming from the Alien. The figure(s) have been liberated from the oppressions of the terrestrial realm and given the freedom of the sky or space. While the subject, at first glance, an alien with dark blue skin and bright elements of clothing, a more careful observation suggests the existence of a few faces within this figure.

Thus, the Alien becomes representative of the humans as such: we are a mass of faces and bodies, which strive to become unique through their originality, but we are aliens on earth. The composition offers insight into Virtosu's state of mind.

This experience is very dramatic and painful, just as the poses on this canvas. The audience is asked by Virtosu to take a moment to ponder on whether aliens exist or, maybe, we are aliens in our world.

The outer world, the world of contemporary events, always influences the painter. The resulting image culminated in 2017 with this work, one of the most striking paintings Virtosu created that year. Like so much of his other work, Alien does not directly confront the politics of the day. Instead, it speaks to the artist's own perception and emotion. In this case, Virtosu harnesses the full powers of his distinctive artistic vision to create a work that wholly embodies the 'human alienation' in a celebration of colour and form that encapsulates the very best of the artist's fascinating and pervasive oeuvre. 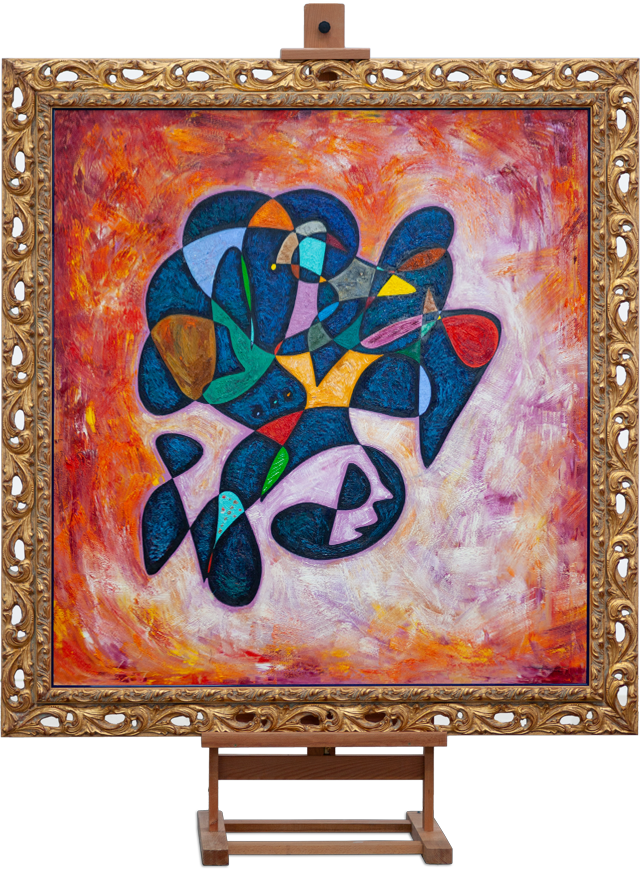 Strangers to our human nature - each and every one of us is Alien.

read more
Strangers to our human nature - each and every one of us is Alien. 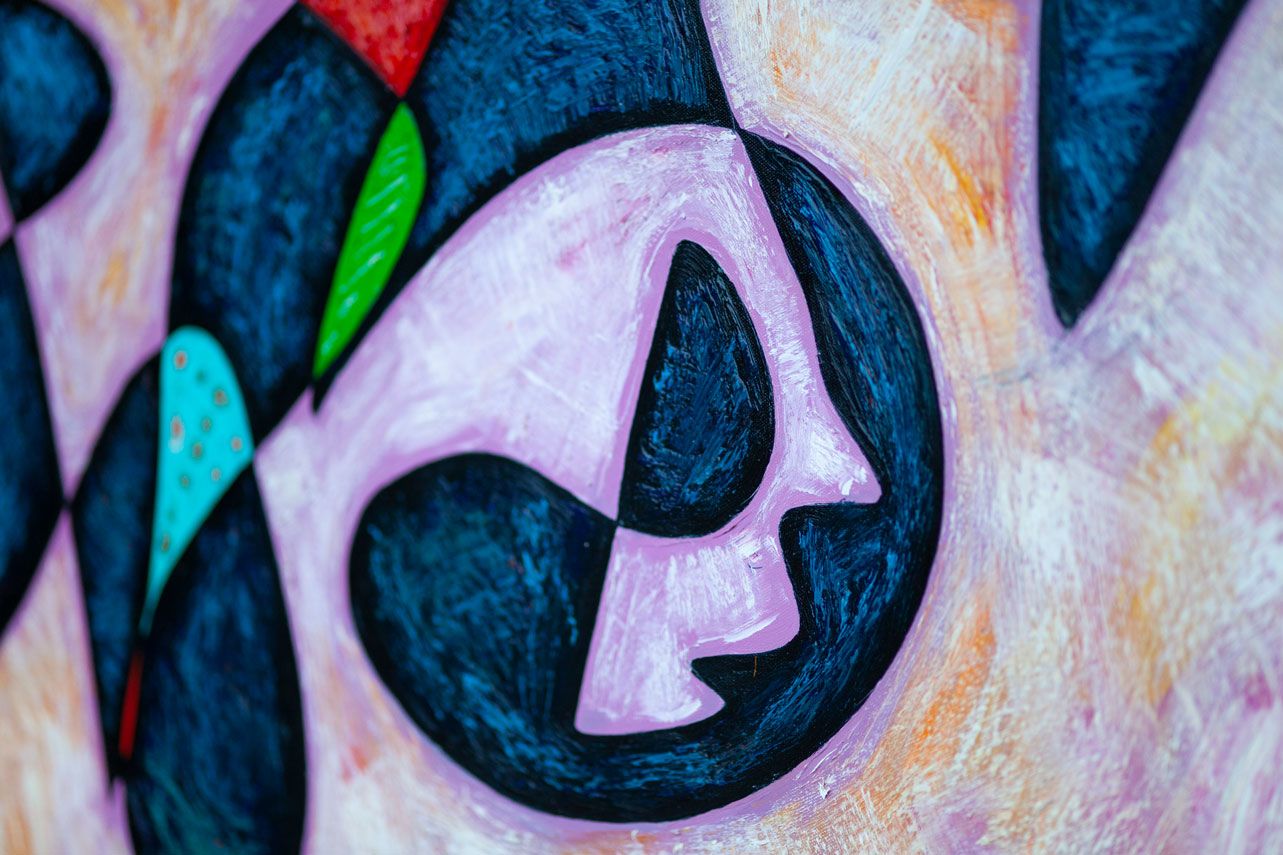 Our deepest problem is now seen to be personal alienation - whether from those around us or from ourselves.