Each and every one of us is Alien
Do you consider
yourself
adventurous?
ART COMPASS Issue 28

Alienation occurs when an individual becomes isolated from their environment or from other people. People who show symptoms of alienation often will reject loved ones or society. They may show feelings of estrangement and distance, including from their own emotions. It is a complex condition that affects many of us.

The common types: Cultural estrangement (feeling removed from established values), Isolation (having a feeling of loneliness, such as being a minority in a group), Meaninglessness (unable to see meaning in actions, relationships, having a sense that life has no purpose), Normlessness (believing you have no control over your life), Powerlessness (believing that actions have no effect on outcomes), Self-estrangement (being out of connection or touch with yourself, unable to form your own identity).

As used by the philosophers Hegel and Marx, the term "alienation" denotes self-alienation: to be estranged from one's essential nature. It is a lack of self-worth, the absence of meaning in one's life, being coerced to lead a life without opportunity for self-fulfilment, lacking the opportunity to become actualized, to become one's self.

Alienated moral cognition is operating when the values an individual possesses are not the product of their own reflection but somewhat dependent on external value schemas that are accepted as valid.

People are compassionate, social creatures. And if you ask anyone what they value most in life, they will tend to say just that: across diverse cultures, languages and regions, people consistently rate kindness, compassion and autonomy the most important values. These are also the values associated with better social and environmental outcomes. But what do we think our society values? Many of us think and indeed operate, on the assumption that ‘other people’ are generally selfish. 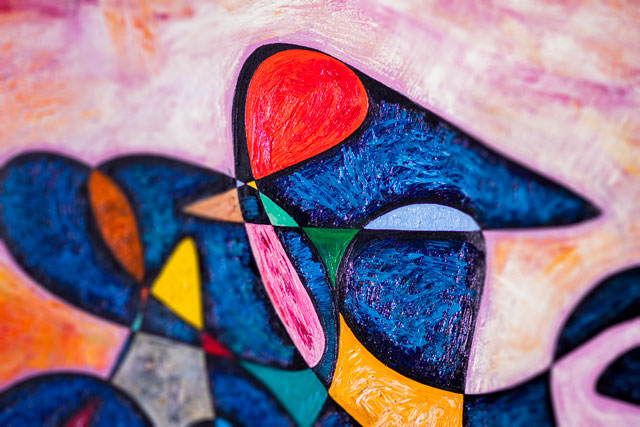 The naming and recognition of widespread alienation should be taken not so much as a condemnation of our system, but as an affirmation of faith in humanity. As we try to understand it, we ask ourselves: What are we alienating from?

The alienated individual is frequently a successful human. As long as the success continues, it often balances the price the individual is paying, toward the fact of estrangement from his self. Only in periods of crisis does one become aware of. Societies, too, only in critical phases of their history do become alert to the problem.

So far, I have tried to show how human is separated from himself, from his fellow humans, from his political community, and from the forces which shape the trends of our age. Many societies have experienced alienation earlier but in lighter or deferred forms and extent from the one today. It has become broader and more intense and has lately turned into a dominant trend. With a dipper understanding of psychology and psychiatry, the world turned into a therapeutic culture. We need inner healing, a better self-image. Our most profound problem is now seen to be personal alienation—whether from those around us or from ourselves. 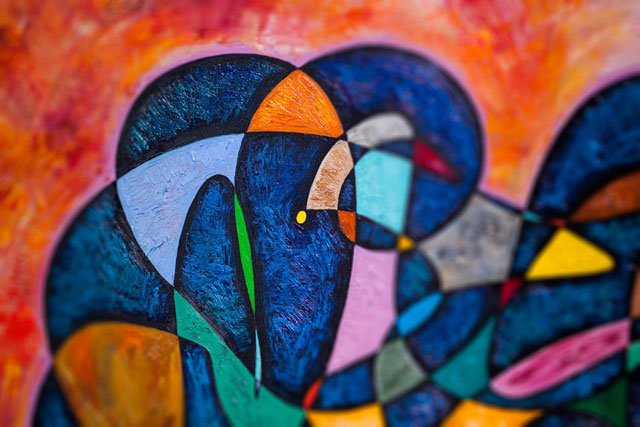 When an individual is being withdrawn or separated from a group, person, or situation to which he was formerly attached – it leads to alienation or estrangement.

We may describe unbelievers as “darkened in their understanding, alienated from the life of God because of the ignorance that is in them, due to their hardness of heart”.
The root word alien means “foreigner or stranger.” So, to be alienated from God means that we have made ourselves strangers to Him because of our sin.

God created human beings. Our design is to be more like God than any other creature, yet we have free will to choose whether we want to follow our God or be our own gods. This choice determines whether we live as aliens or as His beloved children. We are born with a sin nature that makes us challenge God’s holiness, making it impossible to please Him in any way. We live in a state of alienation, regardless of how excellent we try to be because God standard is perfection, and none of us can meet that.

When we act contrary to our beliefs, we experience shame and self-alienation. Like Adam and Eve, when we sin, the nakedness of trust is replaced by a cloak of defensiveness. No matter how attractive and pleasurable sin may seem, it has a diminishing and disintegrating effect on our inner selves. 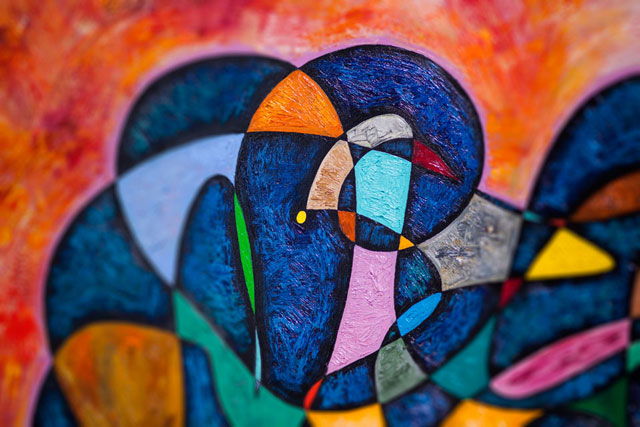 A question arises, is God an entity of this universe or something outside of it? For reality to work anything must correspond to our scientific understanding of it. So if we look at the vastness of space and our evolutionary model, God may be an alien species one-million-years ahead of us.

But most people do not desire to worship an alien. They want something that exists outside of reality, unknown to science, but if it reaches into our world to interfere with things, then it must be measurable by science.

About author Robert McIntosh was born 1965 in Amsterdam, North Holland. He studied at Royal College of Art in South Kensington. Educated in England and the United States. Lives in Amsterdam. Has also lived in Russia. He works mainly with oil paintings and sculptures and is interested only in authentic and genuine art. Modern Art. Contemporary Art. He writes extensively on abstract art.
contemporary art abstract art art review existence origin and civilizations great human dangers pink abstract art
Sing up to the Art
Weekly email