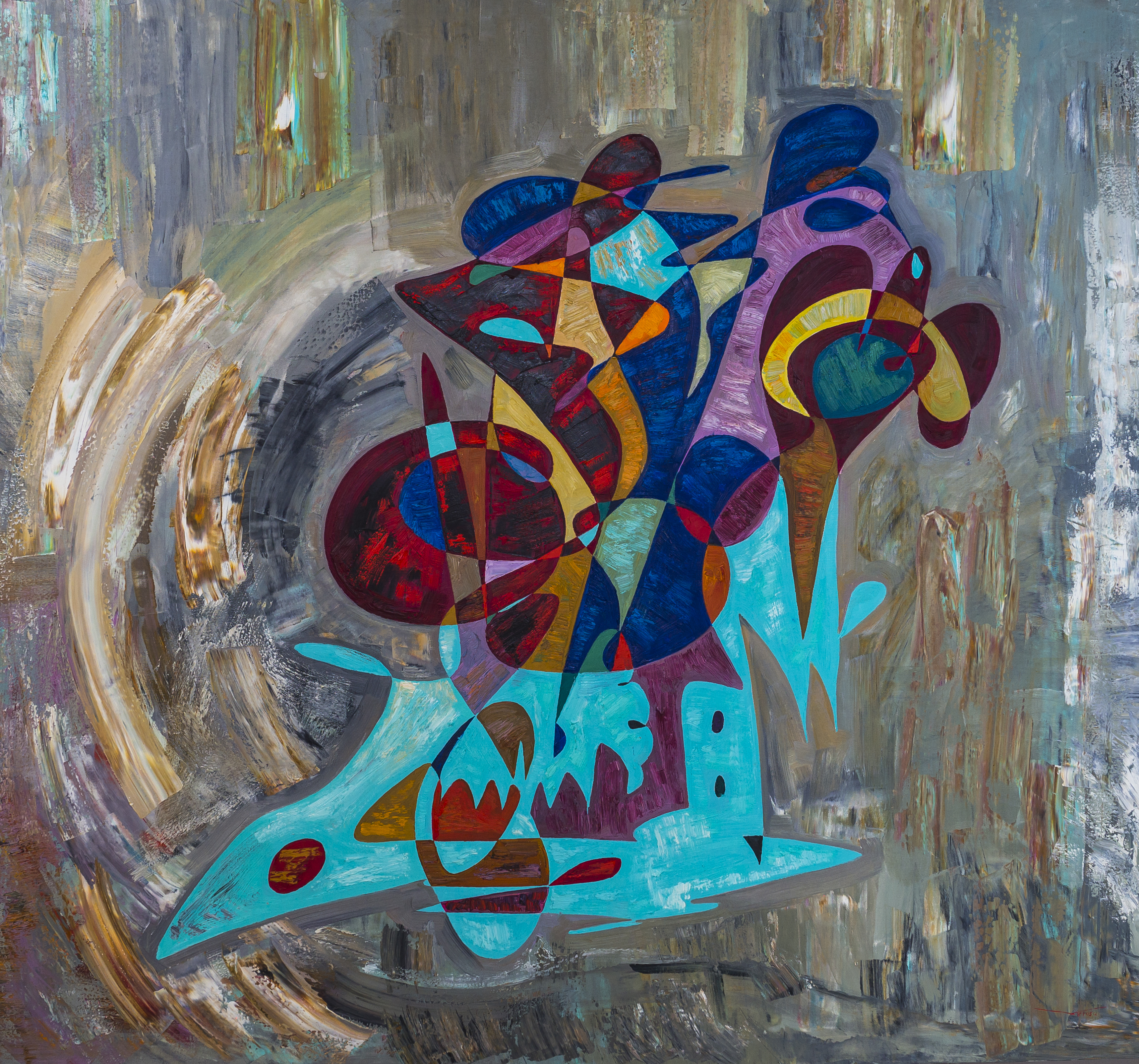 Exceeding the confines of a vast canvas through its spectacular assault of unrestrained expression and brilliant color, The Savior by Gheorghe Virtosu encapsulates the full force of the artist’s abstract vernacular. Even though the concept of salvation is a widespread idea and that it, arguably, coexists with human nature, it is a theory that has been challenged by many throughout the ages. Many thousands of years have already passed, but salvation has not yet taken place. Still, it is a thing yearned for by mankind and the object of hope.

Aside from this, over many millennia, the promise of salvation has been described in numerous Holy Books. However, these same texts also indicate that there were many Prophets and Messengers, from Adam to Muhammad, and each completed their divine mission before departing from this life. Despite this, and the advent of so many Prophets and Messengers, mankind has still not achieved salvation.

What we see in the world today in the form of unfairness not only demonstrates a world far from the justice, but it also reveals a world where mankind yearns for salvation more than ever before. Why, then, does it not occur? When will it happen and for that matter, by whose hand?

The viewer is invited to reflect upon Virtosu’s canvas titled The Saviour. The painting carries a visual message that salvation requires the will of the Divine and it is not difficult to see that this will require a special emissary to implement this will. The centerpiece lower part colored in blue marine resembles of a bird shaped emissary that carries the human turmoil through Devine gates as we see the gold arcs forming a turbulence in the left side of the background.

Multiple figures/faces can be extracted as we inspect carefully the image. Some of them are embodied into each other. If you treat the image like a puzzle you may be surprised what the artist is aiming at.

It is hard to think of Salvation and not feel something—perhaps revulsion, horror, or joy. This is part of the beauty and drama of human existence. 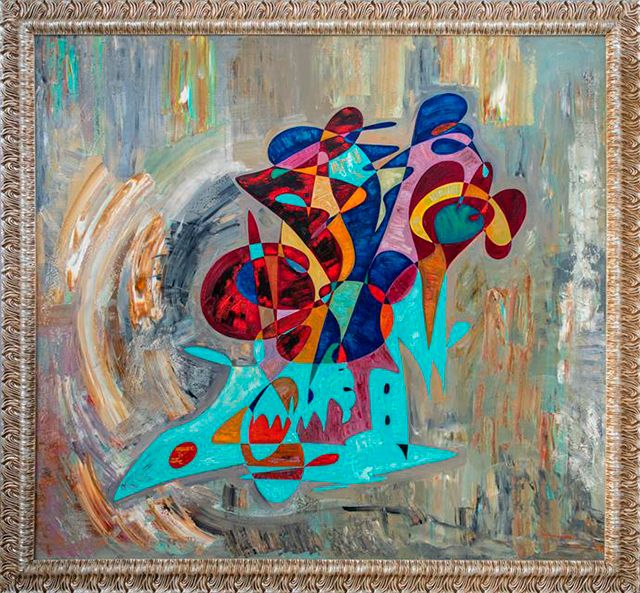 Freedom from boundaries opens possibility in the form of the medium and the breadth of the artist to reveal wholly new ways of seeing.

read more
Freedom from boundaries opens possibility in the form of the medium and the breadth of the artist to reveal wholly new ways of seeing. 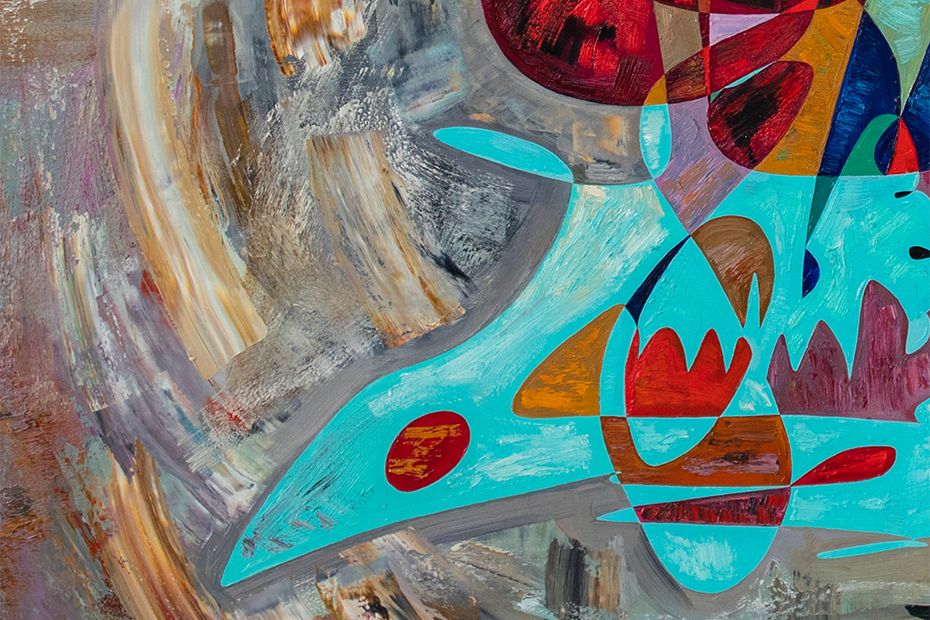 The visionaries who create these images not only endow us, the viewers, with the gift of new things to see; they offered us entirely new ways of seeing.