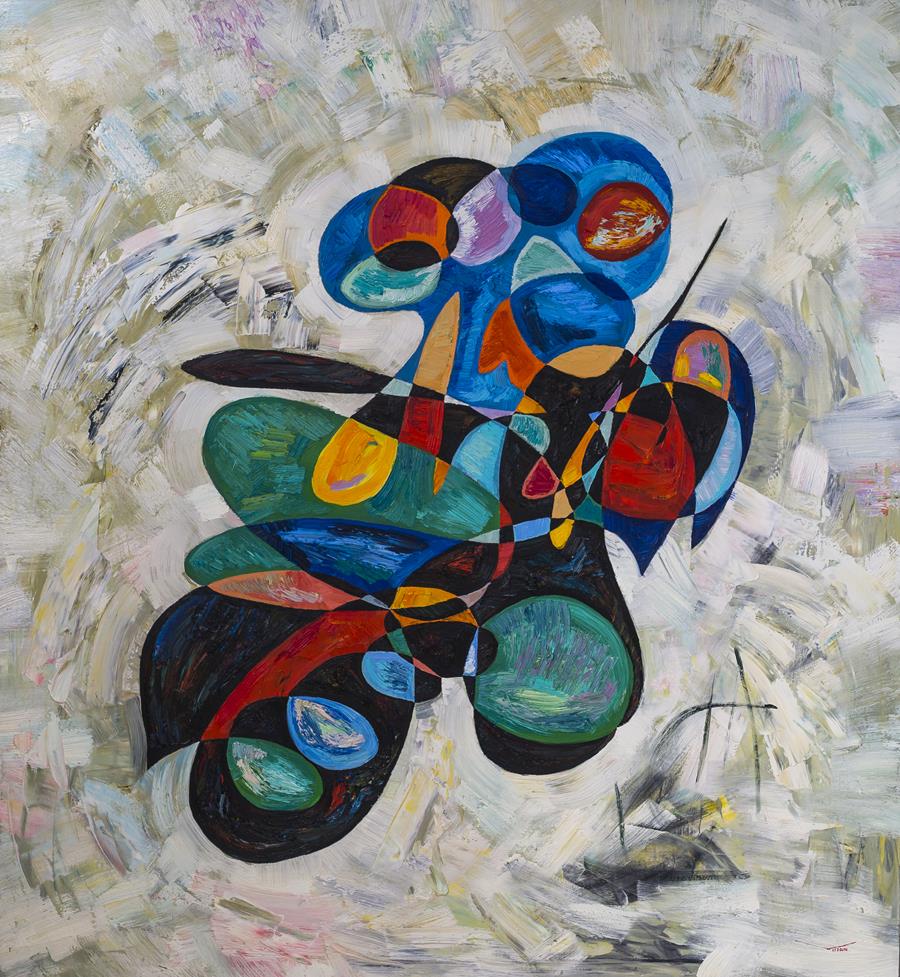 Composed of a myriad of interlaced swirls and streaks of vibrant color that weaves a constantly moving, almost evolving, complex centerpiece and energy, Saladin by Gheorghe Virtosu is a seemingly complete world unto itself—a self-contained cosmos of painterly rhythm. Conceived during the early stage of the artist’s career, 2015 witnessed the genesis of some of the most defining paintings of Gheorghe Virtosu’s oeuvre.

As a soldier, a ruler, and a human being, Sultan Salahuddin Ayubi was a person of phenomenal attributes. The hero of hundreds of battles was the person who for 20 years braved the storm of the Crusaders and ultimately pushed them back. The world has hardly witnessed a more chivalrous and humane conqueror. His unmatchable battle tactics and gallantry as a soldier, heroic statesmanship and his strength of character won him the respect of even his foes.

The fluid lines of bright that dance across the background are a physical manifestation of the artist at the beautiful story of The hero of hundreds of battles. The agitation of Virtosu’s colored figure contrasts with positive energy alongside the background in a delicate yet deliberate dance.

These seemingly contradictory elements—bold and brash yet at the same time delicate and refined—collide but never clash.

Virtosu intuitively tells the story. Material nature of his paint as if it were a guide that led him to a pure, unique way in outpouring of his inner thoughts. Indeed, cultures, especially those of the Middle East, greatly informed the artist’s conception of spirituality and his creative process.

In general, Virtosu 's avant garde is much more cerebral than other abstract schools and movements. They need to be deciphered! Treat it like a puzzle and see if you can work out what the artist is aiming at. 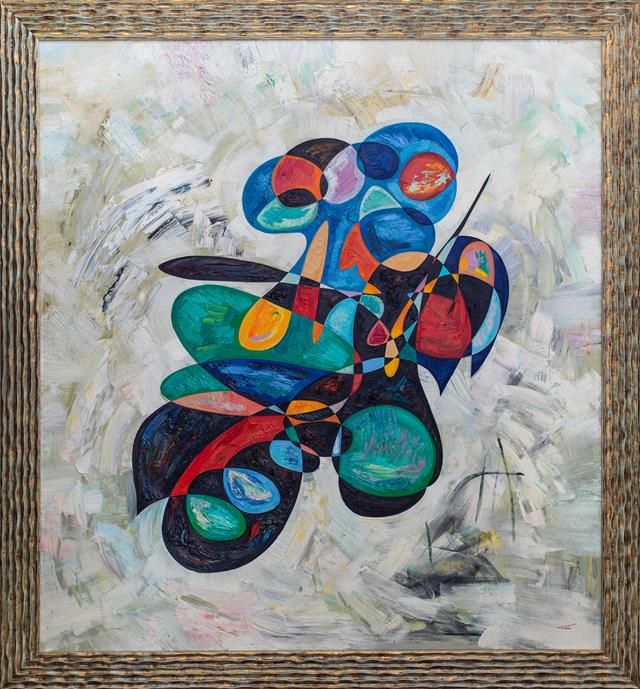 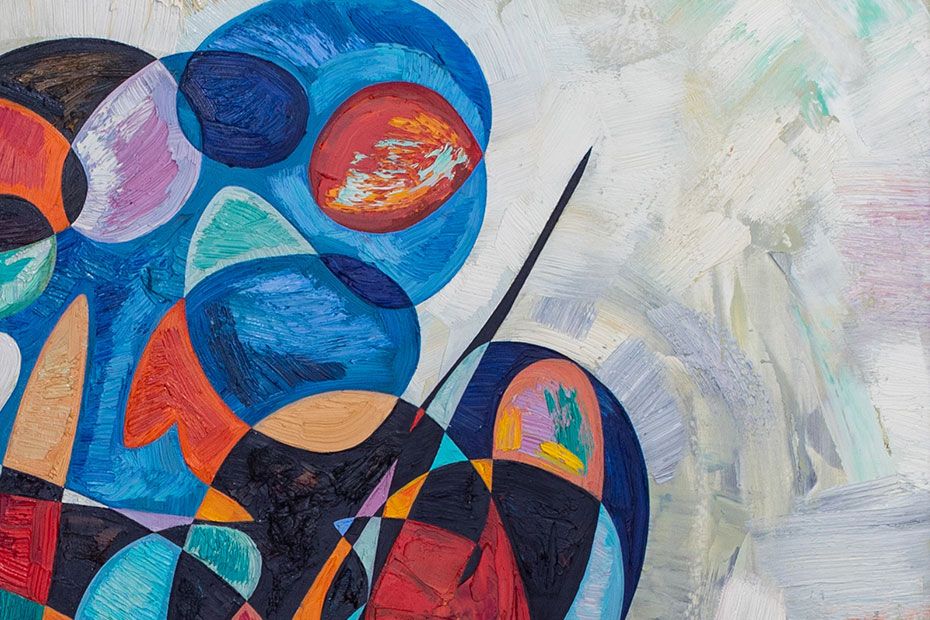