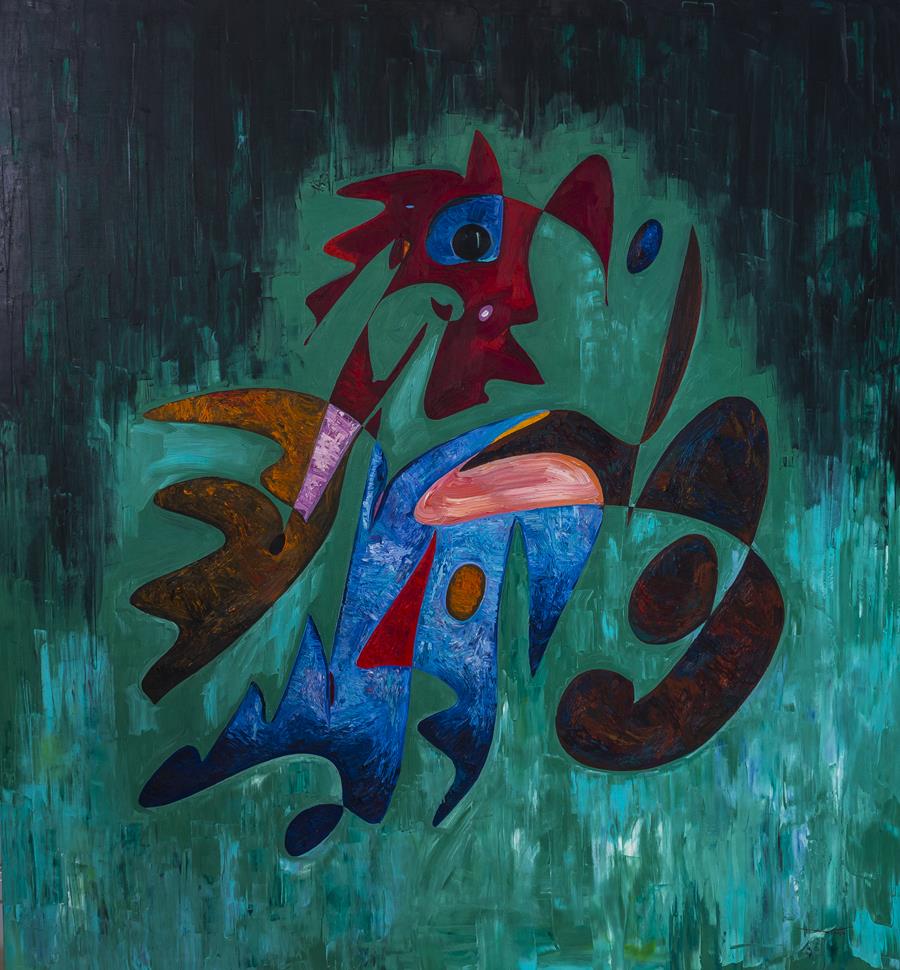 Stepping into the world of Gheorghe Virtosu we are transported to 'strange, beautiful realms'. Radical and rebellious, Virtosu is an inspiration to visual artists, musicians, poets and performers worldwide. With over 4000 impressive original works, this is the largest and most extensive collection in a generation.

Virtosu believes in the power of the imagination. The viewer is invited to see the various characters in his creation and their meaning in his imagery world. Virtosu wrote 'I create a system, rather than being a slave. I will not reason & compare; however, I can do that: I aim to create.' Virtosu created his visuals populated by a host of beings that he invented, or re-interpreted.

As the West's 21st-century culture drifts ever further away from the richly illustrated fables, myths and narratives which are foundational to the religious traditions, it becomes less and less able to discern their meaning and ascent for their truth. Although the general public still attends exhibitions of the great masters, whose artworks are often dominated by themes from Bible, the majority is drawn more to the standing and genius of the famed artists and their depicted stories. Most of the religious references contained in the paintings are dropped to the viewer, who is reliant on the accessible thumbnail descriptions supplied to them.

With the reduction of traditional belief, as in Apollinaire's time, a new sort of artistry has stepped into the lead to communicate divine realities, that are intuited if not seen. The sight to insight implies a move from outside realities to inside ones, from imposed dogmatic formulas and creeds to the person's mystical or psyche experience of the all reality source.

"I must, therefore, make a new sort of beauty, the beauty that appears to people in terms of volume, of line, of mass, of weight. Through that beauty, one expresses a subjective belief. I want to expose the story and not merely the factitious." - G. Virtosu.