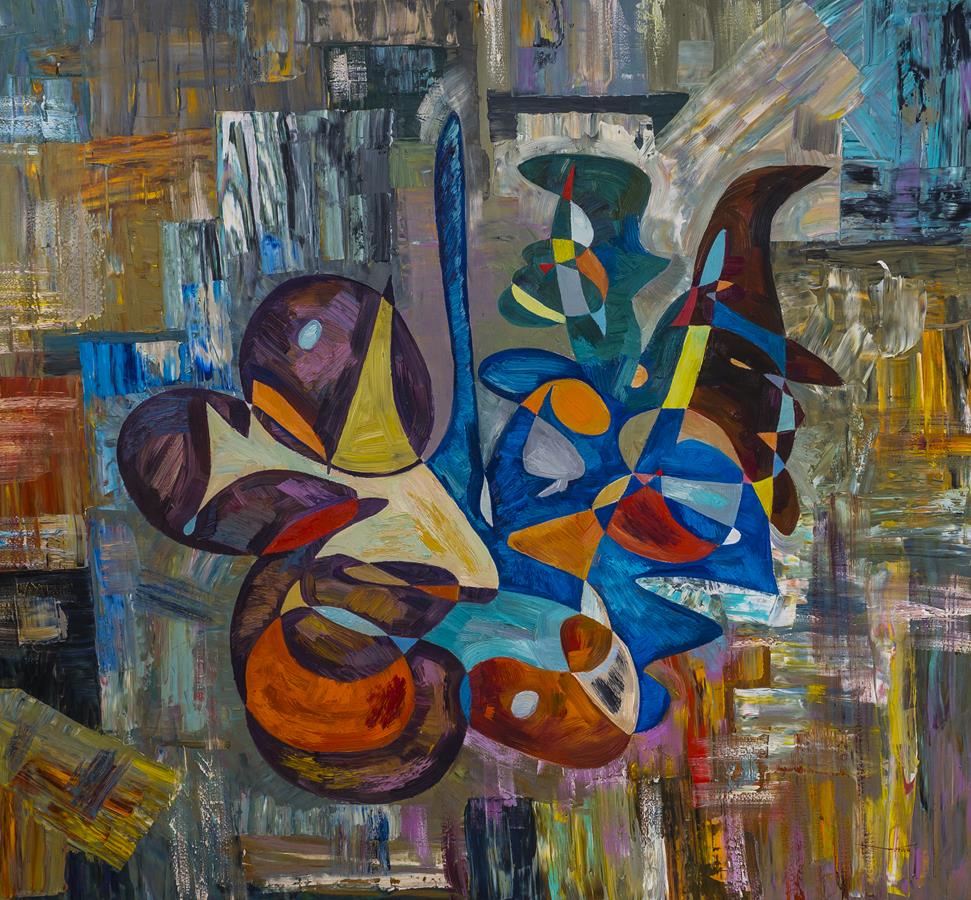 Monica Lewinsky (2015) is a piece that exemplifies the fact that abstract artworks are not static and dormant or representative of the author's imbued meaning. Instead, they are welcoming of numerous possible interpretations from the outside as well as inviting a shared expression of the audience. In this context, the painting creates a community of participants, where the viewer becomes a partner of Virtosu in constructing the meaning because the concept of 'alien' differs from person to person and acquires new shades and aspects.

Gheorghe Virtosu believes his work is rooted in exploring the various aspects of his personality. The paintings he creates are reflections that seize characteristics, both positive and negative, from a relentless focus on survival to an exquisite appreciation of life's mystery and beauty.

"If we are to discuss artistic expression, my art is, in all ways, a close expression of myself: my thoughts, my emotions, my actions and reactions to life in general…" - G. Virtosu.

Monica Lewinsky is an American activist, fashion designer, television personality, and former White House intern. Bill Clinton had an inappropriate relationship with Lewinsky while she worked at the White House. The affair became well known as the Lewinsky-Clinton scandal. As a result of the public disclosure of the political scandal, Lewinsky experienced trauma; however, she gained international celebrity status. Monica subsequently engaged in a variety of ventures that included designing a line of handbags under her name. She also was a marketing spokesperson for a diet plan and working as a television personality. Monica later decided to leave the public spotlight to pursue in London a master's degree in psychology. She made the return to the public view as a social activist against cyberbullying, from which she suffered.

Monica Lewinsky (2015) shows a refined interaction between medium and representation while serving his purpose of creating an enigma. Talking about a person or character using the language of non-figurative art seems to be almost impossible. The character is always specific, while abstract work avoids certainty, appealing to facts and emotions is crucial in Gheorghe Virtosu art.

The splendour of the artist's full virtuosic painterly vocabulary is on display in the piece. Virtosu's figures are embedded in a medium of compositional detail and tempestuous strokes, evoking the painterly ferocity of the semi-abstract. The artist's measured paint handling in the delineation of the figure's features a sense of emotional access and interiority that belies the comparative sophistication of their structure. Virtosu's painting results in a scene that, while visually sophisticated and encompassing a flurry of activity, is remarkably succinct in its overall effect of depicting the legacy of Monica Lewinsky.