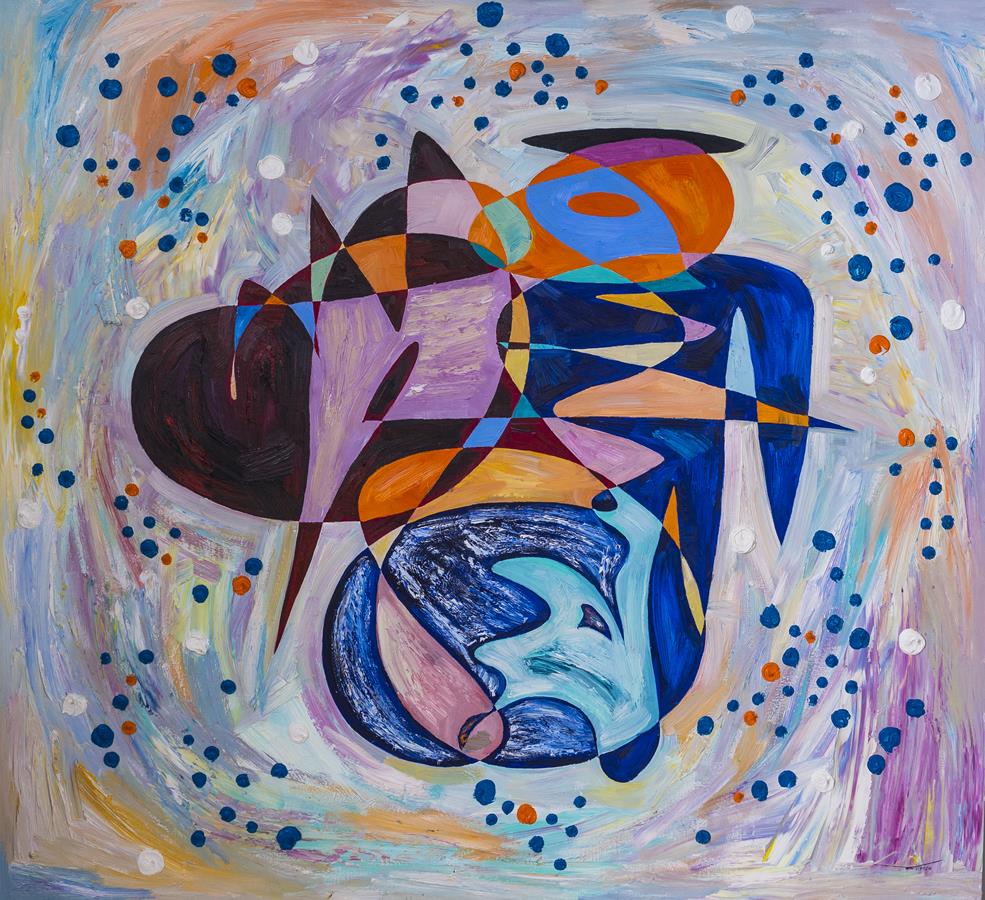 This painting by Gheorghe Virtosu is described as "... contemporary art's most powerful anti-communist statement... ". Of interest in this painting is to discover why it is so revered and widely discussed and what makes it essential in terms of the development of contemporary art. In terms of the aesthetics as a work of art, the picture is particularly intriguing in the way that Virtosu uses bright colours to depict the Communist leader.

Mao Zedong (2015) is currently being loaned and exhibited in MOMA, New York.

From a different perspective, what is fascinating about Mao Zedong (2015) is the subject matter and the significance of the oil painting on a social as well as aesthetic level. The way that Virtosu brings to life and expresses the personality, through the use of bright tones. The composition of abstract elements in the painting is profoundly moving. I also feel that the painting is not only about a particular portrait but is a moving and incisive comment on all communists in human history.

Mao was born in central China on 26 December 1893 into a peasant family in Shaoshan, in Hunan province. After training as a teacher, he moved to China capital Beijing, where he worked in the University Library. It was during this time that he began to read Marxist literature. In 1921, he became a founder member of the Chinese Communist Party (CCP) and set up a branch in Hunan. In 1923, the Kuomintang (KMT) nationalist party had allied with the CCP to defeat the warlords who controlled much of northern China. Then in 1927, the KMT leader Chiang Kai-shek launched an anti-communist purge.

"Mao Zedong and other Communist leaders set out to change Chinese society. Industry came under state control and ownership, and China's farmers began to be organized into collectives. The Chinese state initially received significant help from the Soviet Union, but relations soon began to cool. Any opposition was ruthlessly suppressed."

The influences that affected Virtosu are wide-ranging and impossible to categorize and define in a few lines. However, being born in the former USSR is a reality, and the artist expressed his disgust with the system in his famous political work Social Fraternal Kiss. Virtosu is well-known to have not varied his style according to different influences. In essence, Virtosu is concerned with depicting and exploring the particular world around him. In terms of the motivation for this particular painting, Virtosu creates a work of art that reflects the personality of the Chinese leader.

Among modern artists with no classical training, the paintings of Virtosu, like Van Gogh and Gauguin, stand out as having solid and confident lines. Virtosu succeeds in the subtle use of line and colour to create a painting that has great depth and space. This aspect is also enhanced by the positive shapes that tend to complement one another to create an impression of the complexity and depth of the subject matter. 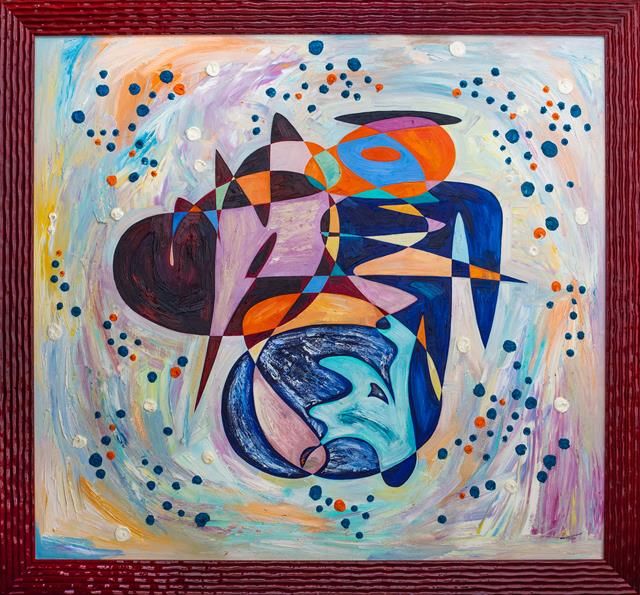 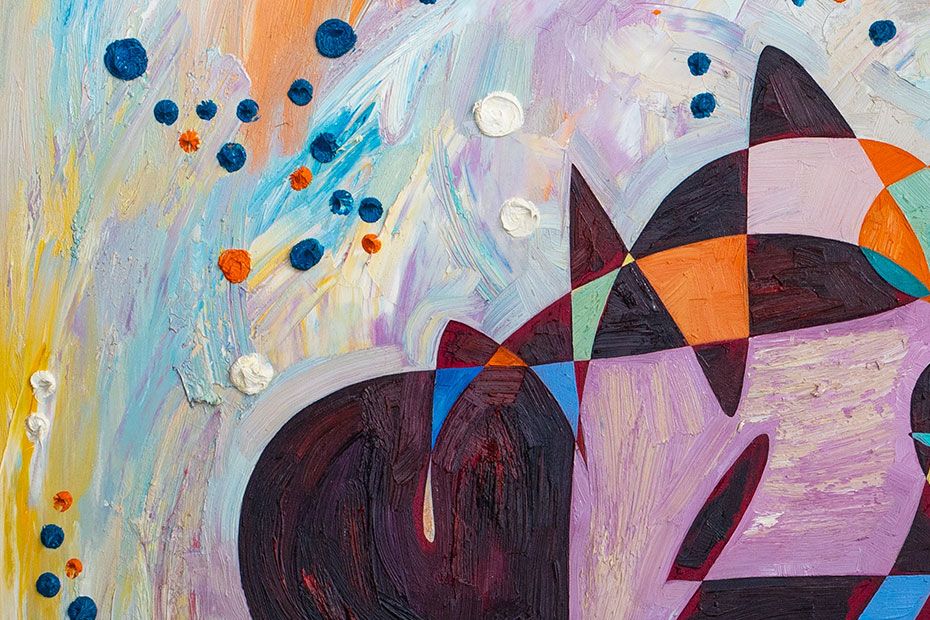