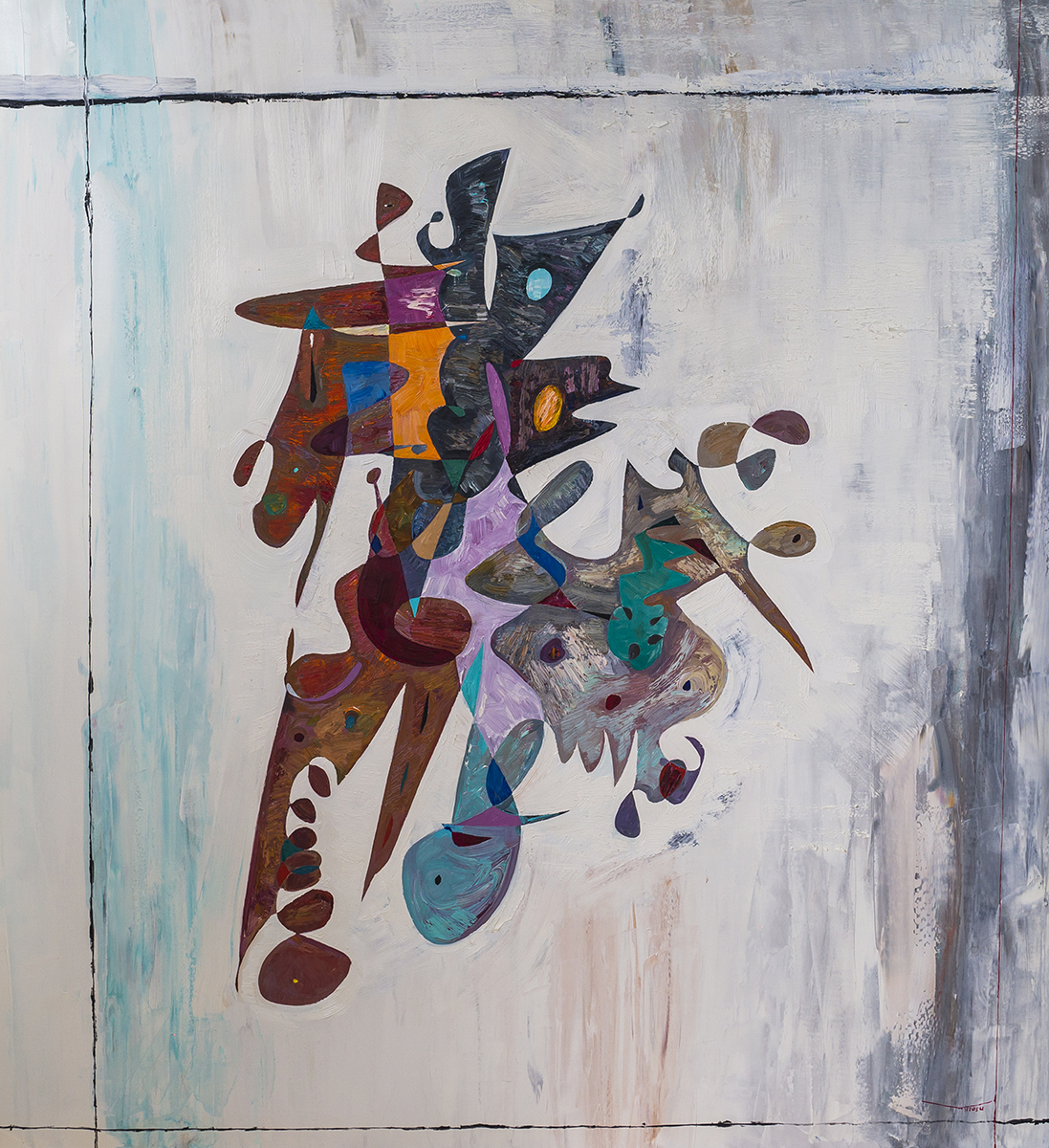 One of the great canvases of the twenty-first century, Virtosu's political history painting Louis XVI (2015) was constructed in response to several significant sources. The leitmotifs of Virtosu’s thought have been clearly stated from the very beginning: faith versus skepticism; hope versus pessimism; engagement versus neutrality; self-determination versus fatalism; imaginative freedom versus ideology. In the work itself these dialectical binaries and the ramifications they have engendered take on a visual, and, beyond that, material reality: impersonal iconography versus delicacy of facture; veiled intimacy versus formality of presentation; austerity versus rich tactility; assertion of the image as object versus mistrust of the image as representation.

Louis XVI (2015) is currently being loaned and exhibited in the National Museum of Western Art, Tokyo.

What is fascinating about Louis XVI (2015) is the subject matter and the significance of the oil painting on a social as well as aesthetic level. The way that Virtosu brings to life and expresses the personality is through the use of bright tones. The composition of abstract elements in the painting is profoundly moving. I also feel that the painting is not only about a particular portrait but is a moving and incisive comment on human history.

"Rumours that Louis XVI planned to suppress the assembly had provoked the popular storming of the Bastille. The prison was a symbol of repressive royal power. In October 1989, the king and his family were forced by the mob to move to Paris from the palace in Versailles. In summer of 1791 , they attempted to escape, which was considered proof of the king' treasonable business and dealings with foreign states. He was made to accept a new constitution document. However, against a background of a military defeat by Prussia and Austria, the revolutionary leadership became radicalized. In Autumn 1792, the National Convention declared France a republic after abolishing the monarchy. Louis XVI was found guilty of treason. On 21 January 1793, the king was executed at the guillotine. Marie Antoinette was executed nine months later."

The influences that affected Virtosu are wide-ranging and impossible to categorize and define in a few lines. However, being born in the former USSR is a reality, and the artist expressed his disgust with the system in his famous political work Social Fraternal Kiss. Virtosu is well-known to have not varied his style according to different influences. In essence, Virtosu is concerned with depicting and exploring the particular world around him. In terms of the motivation for this particular painting, Virtosu creates a work of art that reflects the personality of the King of France.

Virtosu considers art as a subjective field, in which one composes and views artwork in unique ways that reflect one's expertise, knowledge, preference, and emotions. The aesthetic experience encompasses the relationship between the viewer and the art object. In terms of the artist, there is an emotional attachment that drives the focus of the artwork. An artist must be completely in-tune with the art object to enrich its creation. As the piece of artwork progresses throughout the creative process, so does the artist. Both grow and change to acquire new significance. If the artist is too emotionally attached or lacking psychological compatibility with a work of art, then this will negatively impact the finished product. According to Virtosu, the"aesthetic attitude" is essential in seeing art as it allows one to consider an object with prepared interest to see what it suggests.

"Art does not evoke an aesthetic encounter unless the viewer is willing and open to it. However, compelling the thing is, it is up to the beholder to allow the existence of such an experience. " - G. Virtosu