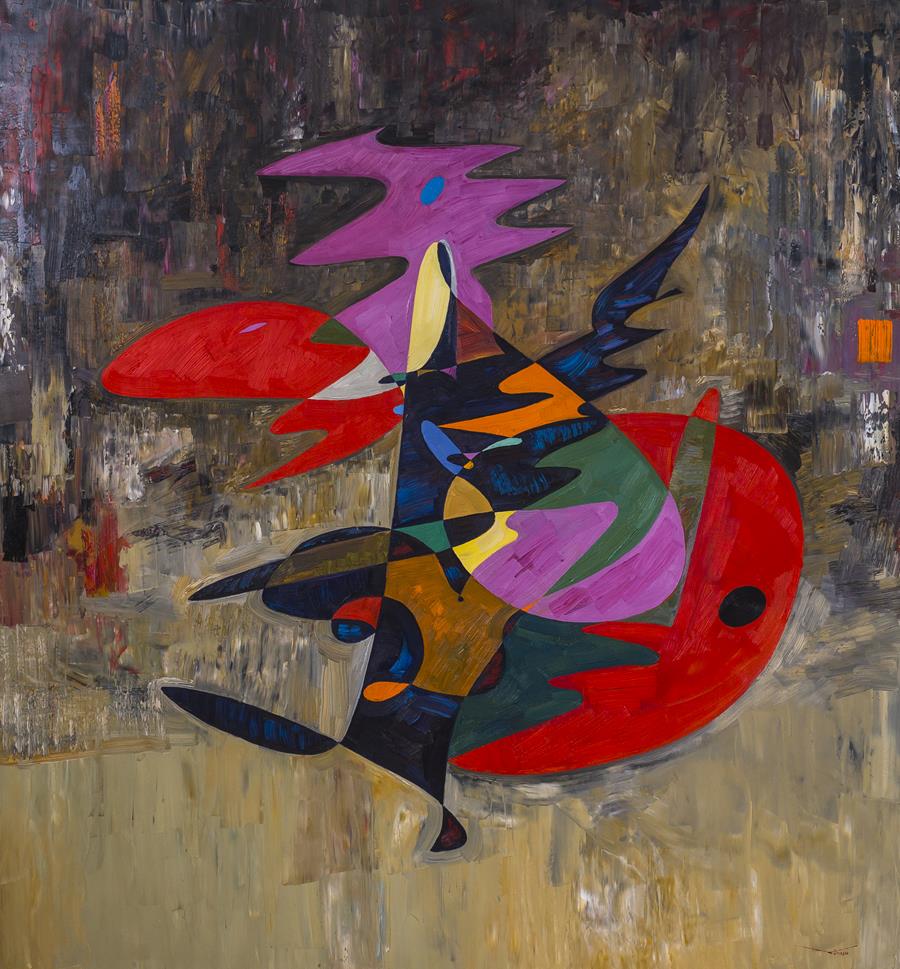 The present work epitomizes Virtosu's primary mode of painterly abstraction. Klara Pölzl (2015) is a canvas on which motifs and themes play hide-and-seek behind multiple layers of references.

Fluent in an illogical yet balanced artistic expression, Virtosu is critiquing the theory of painting by eschewing its recognizable practices in favour of a volatile personal artistic style. The highly-charged compatible of colour and form is the product of a unique working method, in which each drip, smear, and stroke is choreographed elegantly into an idealized psychic vision. The bright elemental hues and clashing shapes and marks create a confrontation of past and present. Thus like a painterly primordial stew, Virtosu brings forth the future of his medium. Klara Pölzl (2015) firmly conveys, Virtosu's hallucinating, pleasing and invigorating body of work. A work that ultimately aims to reimagine and redefine the beauty of paint.

The painting is currently being loaned and exhibited in Schirn Kunsthalle Frankfurt.

The fascination about Klara Pölzl (2015) is the subject matter and the significance of the oil painting on a social as well as aesthetic level. The way that Virtosu brings to life and expresses the personality is through the use of message coding in bright tones. The composition of abstract elements in the painting is profoundly moving. It feels that the painting is not only about a particular portrait but is a moving and incisive comment on human history.

On August 12, 1860, Klara Pölzl was born in the village of Weitra, Austrian Empire. Her destiny was to become the mother of one of history's most brutal dictators – Adolf Hitler.

"Though he was a cruel and vicious dictator, it appeared he had a permanent soft spot for his mother. For the rest of his life, Adolf Hitler carried a picture of Klara Hitler with him wherever he went, including down to the Berlin bunker where he met his end."

Klara Pölzl (2015) is a stunning example of rich colouration and superb artistic prowess. Gheorghe Virtosu's ingenious mastery picks at a critical moment of transition in his exclusive career. After being wrongfully accused in Brussels, Virtosu escapes from the law in 2014, making him a wanted person in European Union. For more than five years, Virtosu continues to reinvent, challenge and reshape the terms by which all of us define, understand, and experience painting as a contemporary medium in a culture saturated by new media.

Bursting in a mix of radiant colour and well-thought mark-making, Klara Pölzl (2015) is an inspiring testament to Gheorghe Virtosu's singular and hyper-individualized mastery of expressionistic form. An archetypal example of the artist's iconic motif, the figure in the present work is utterly mesmerizing in its emotive intensity as the viewer loses in the liquid gaze. The painting demands recognition of Gheorghe Virtosu's instinctive abilities as one of the greatest draughtsmen of the Twenty-First Century. 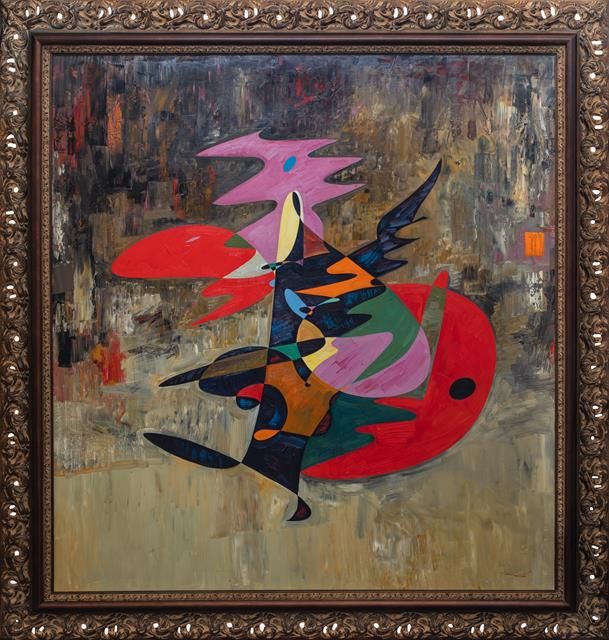 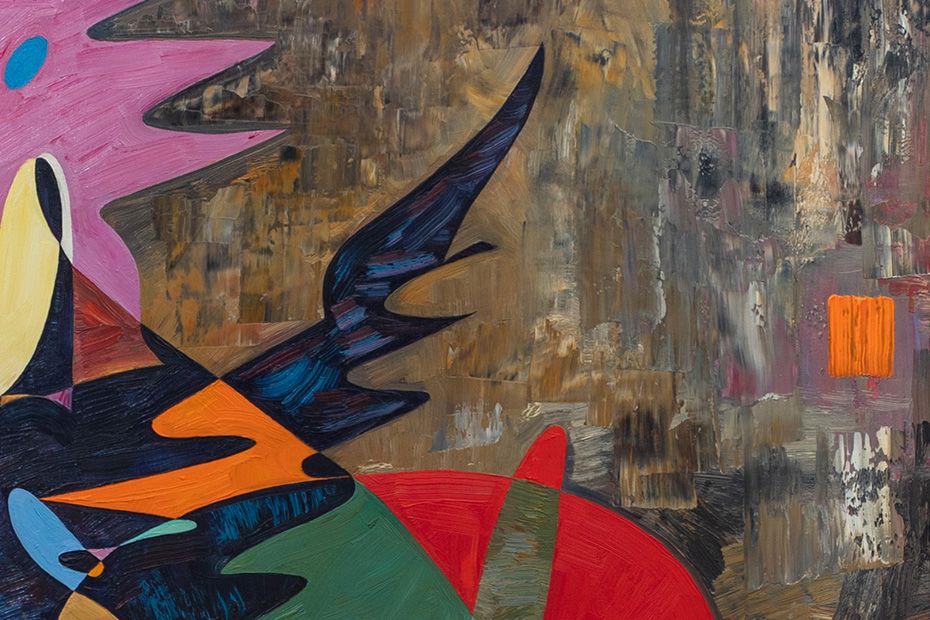