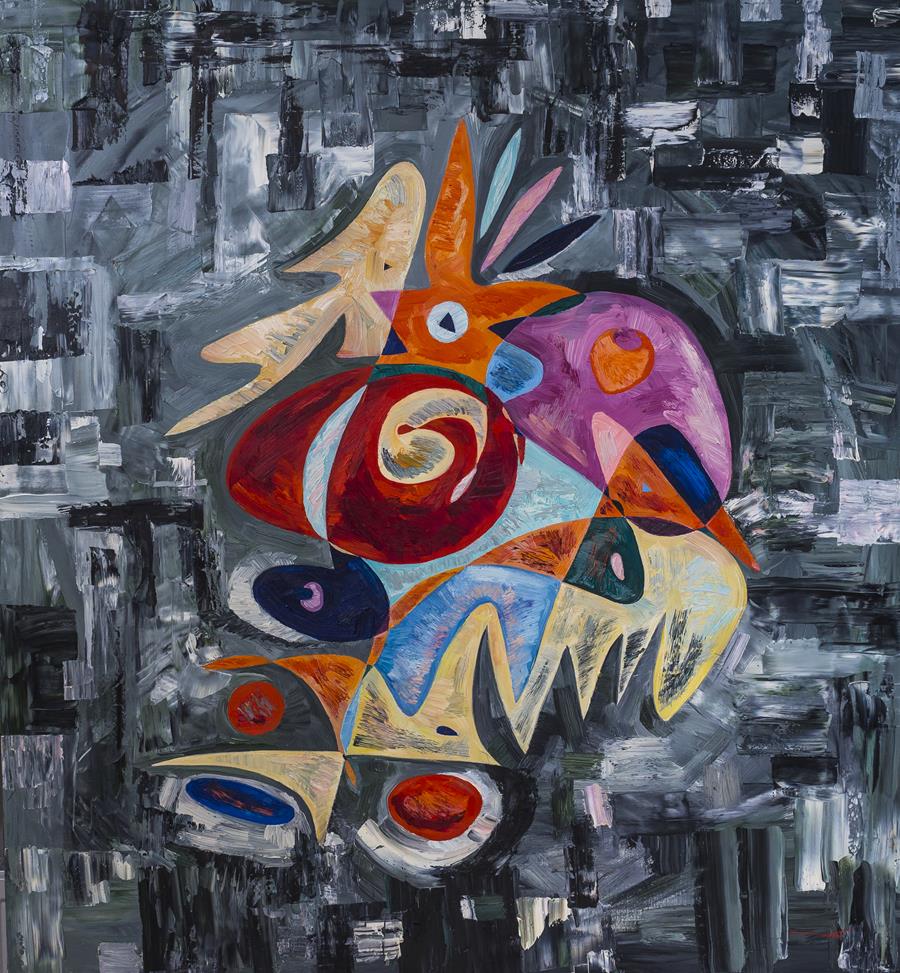 The present work epitomizes Virtosu's primary mode of painterly abstraction. Johnny Hallyday (2015) is a canvas on which motifs and themes play hide-and-seek behind multiple layers of references.

The highly-charged compatible of colour and form is the product of a unique working method, in which each drip, smear, and stroke is choreographed elegantly into an idealized psychic vision. The bright elemental hues and clashing shapes and marks create a confrontation of past and present. Thus like a painterly primordial stew, Virtosu brings forth the future of his medium. Johnny Hallyday (2015) firmly conveys, Virtosu's hallucinating, pleasing and invigorating body of work. A work that ultimately aims to reimagine and redefine the beauty of paint.

The painting is currently being loaned and exhibited in Musée national d'Art moderne (Centre Pompidou), Paris.

The fascination about Johnny Hallyday (2015) is the subject matter and the significance of the oil painting on both levels, the social as well as the aesthetic. Titles do not merely function as identifiers. Titles are also guides to the pleasurable process of interpreting and understanding works of art.

During a career spanning more than 55 years, the artist released 79 albums and sold more than 100 million records worldwide, mainly in the French-speaking world, making him one of the best-selling artists in France and the world. Johnny won 5 diamond, 40 golden, 22 platinum albums and more than 10 Music Victories. He sang more than a thousand songs and performed more than 500 duets with 187 artists. Credited for his loud voice and spectacular shows, the singer sometimes arrived by entering the stage of the stadium through the crowd and one time by jumping from a helicopter above the Stade de France, where he performed nine times. Among his shows completed in 187 tours, the most memorable was at Parc des Princes, at the Stade de France (just after France's win in the Football World Cup) and at the Eiffel Tower, which had record-breaking ticket sales for a French artist. More than a million spectators gathered to see the performance at the Eiffel Tower, joined by 10 million near watching on TV.

In a recent interview for Radio France when asked about Johnny Hallyday, Gheorghe Virtosu said:

"Johnny worked with the best musicians and artists of his time. He collaborated with Michel Berger, Charles Aznavour and Jean-Jacques Goldman. His gigs and shows were produced by Jean-Claude Camus, considered to be one of the greatest producers in France. Hugely popular in France, he was referred to as "Johnny". He was seen as a 'national monument' and a part of the French cultural legacy. He is a symbol and a familiar figure to more than four generations."

Johnny Hallyday (2015) is a stunning example of the vibrant colouration and superb artistic prowess. Talking about history using the language of non-figurative art seems to be almost impossible. History is always specific, while abstract painting avoids certainty, appealing not to facts, but emotions. Nevertheless, we are often mistaken, excluding feelings from the past. All vicissitudes and achievements of the epochs affect not countries, not some ephemeral societies - it changes the lives of people.

Impressive in size and saturation, the Johnny Hallyday (2015) canvas shows a specific spectrum the artist chose for depicting a genius. In the age when public curiosity is fueling interest in the unknown, Virtosu's primary motivation is to transcribe the progress makers of the glorious world we all witness. Johnny Hallyday (2015) stands as a symbol of a moment in time, an instantly recognizable figure that will forever permeate our psyche. 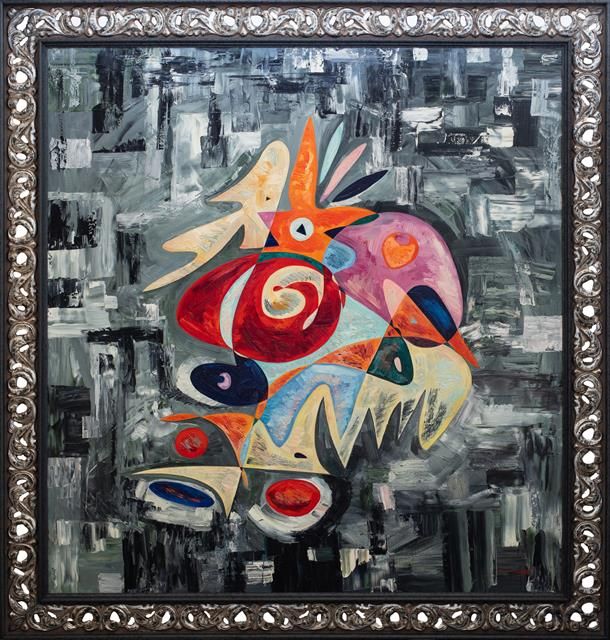 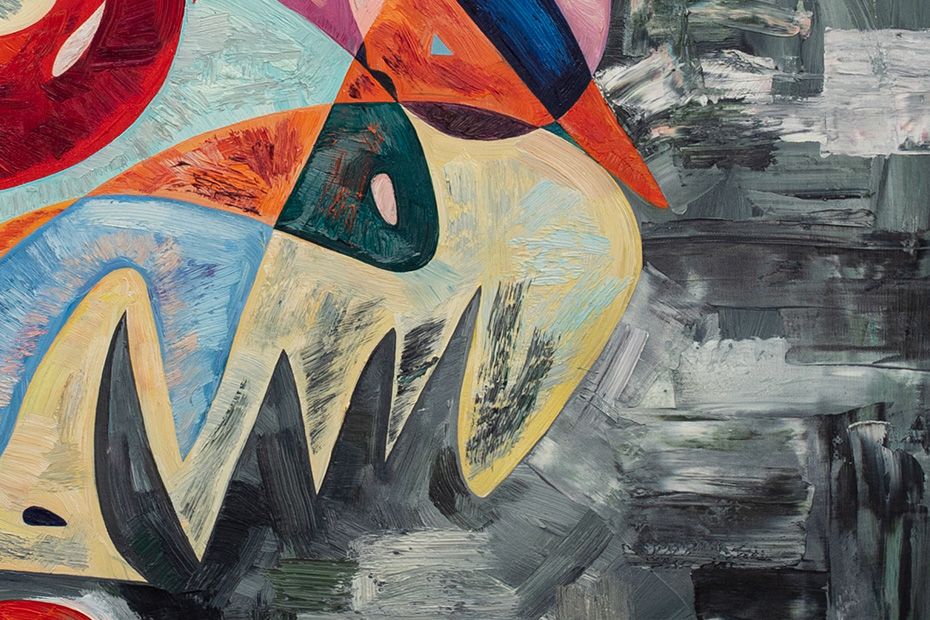