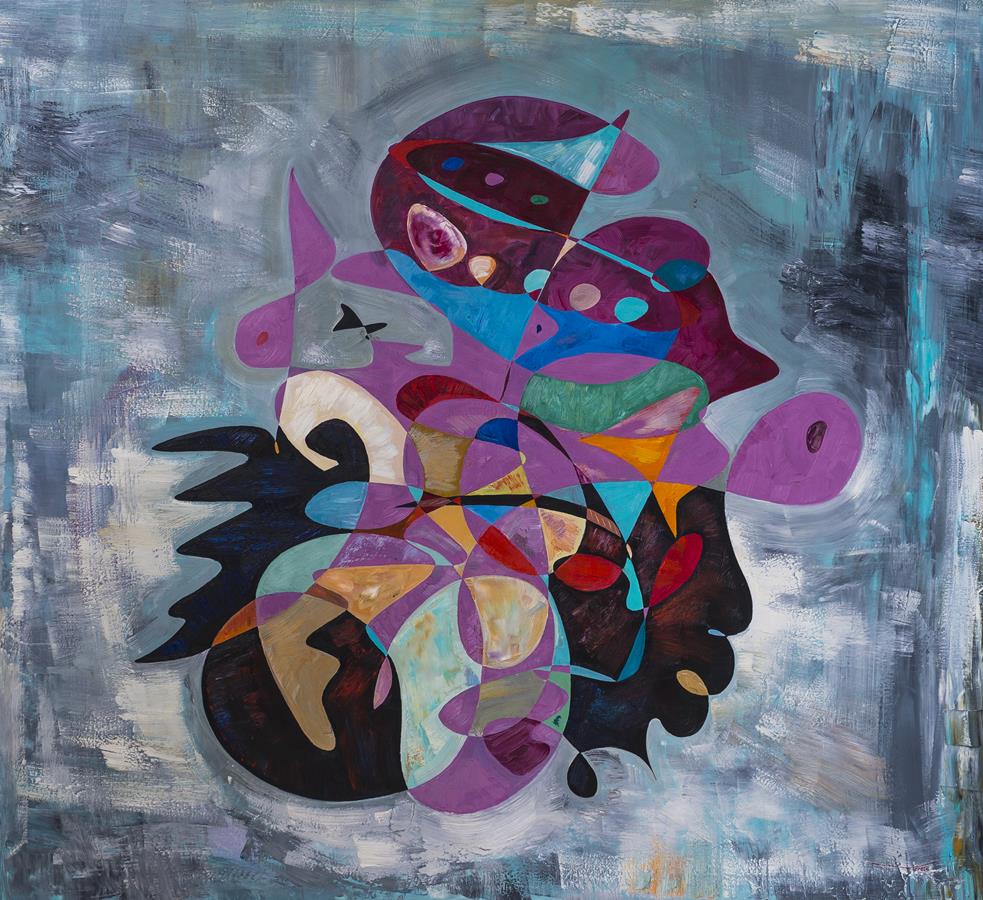 When the viewer is facing a work by Virtosu, he is both enveloped by its large scale and animated by the fusion of the idea and abstract visualization. Gheorghe Virtosu’s canvases are a synthesis of his life experience and his deep interest in history. Jimmy Carter (2015) is a canvas on which motifs and themes play hide-and-seek behind multiple layers of references.

The highly-charged compatible of colour and form is the product of a unique working method, in which each drip, smear, and stroke is choreographed elegantly into an idealized psychic vision. The bright elemental hues and clashing shapes and marks create a confrontation of past and present. Thus like a painterly primordial stew, Virtosu brings forth the future of his medium. Jimmy Carter (2015) firmly conveys, Virtosu's hallucinating, pleasing and invigorating body of work. A work that ultimately aims to reimagine and redefine the beauty of paint.

The painting is currently being loaned and exhibited in Musée national d'Art moderne (Centre Pompidou), Paris.

The fascination about Jimmy Carter (2015) is the subject matter and the significance of the oil painting on both levels, the social as well as the aesthetic. Titles do not merely function as identifiers. Titles are also guides to the pleasurable process of interpreting and understanding works of art.

From 1977 to 1981, Jimmy Carter served as U.S. president. Significant foreign policy accomplishments were made under his administration that include the Camp David Accords, the Panama Canal treaties, the peace treaty between Israel and Egypt, the SALT II treaty with the USSR, and the establishment of U.S. diplomatic relations with the People's Republic of China.

In a recent interview for Radio France when asked about Jimmy Carter, Gheorghe Virtosu said:

"Jimmy Carter quickly became a leader of the community, serving on county boards supervising education, the hospital authority, and the library. He won the election to the Georgia Senateand, becoming Georgia's 76th governor. He was the Democratic National Committee, campaign chairman. Important is he championed human rights throughout the world. Former President Jimmy Carter celebrates his 95th birthday today. He is the only U.S. president ever to reach that milestone. Since leaving the White House in 1981, President Carter has spent his “retirement” monitoring elections, building homes for the poor, and writing books. For his decades seeking peaceful solutions to conflicts around the world, he won the Nobel Peace Prize in 2002. "

Jimmy Carter (2015) shows a refined interaction between medium and representation while serving his purpose of creating an energetic scene. Talking about history using the language of non-figurative art seems to be almost impossible. History is always specific, while abstract painting avoids certainty, appealing not to facts, but emotions. Nevertheless, we are often mistaken, excluding feelings from the past. All vicissitudes and achievements of the epochs affect not countries, not some ephemeral societies - it changes the lives of people.

So how do we tell the history of Jimmy Carter (2015), pulling apart the myths and legends and reconstructing an accurate narrative? It’s a difficult task, but it’s an important one. Virtosu invites the viewer to taste history in abstract formation. He once said of his works:

“There's so much we do not know about. Here we are in our natural environment, and the mysteries of the universe are all around us”. 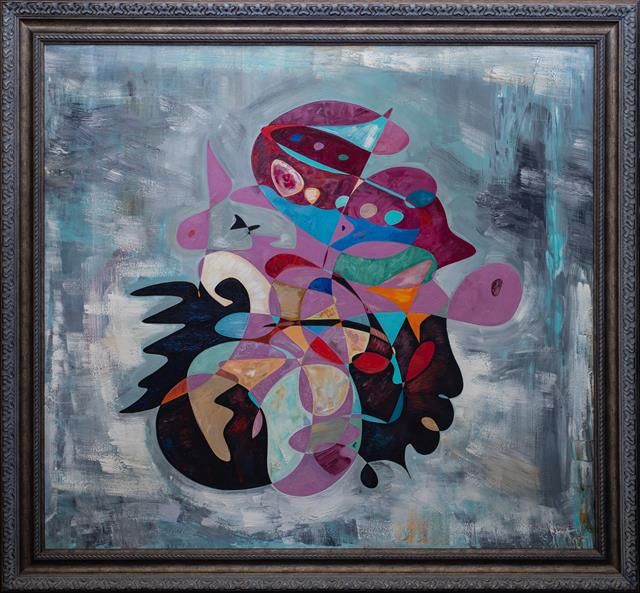