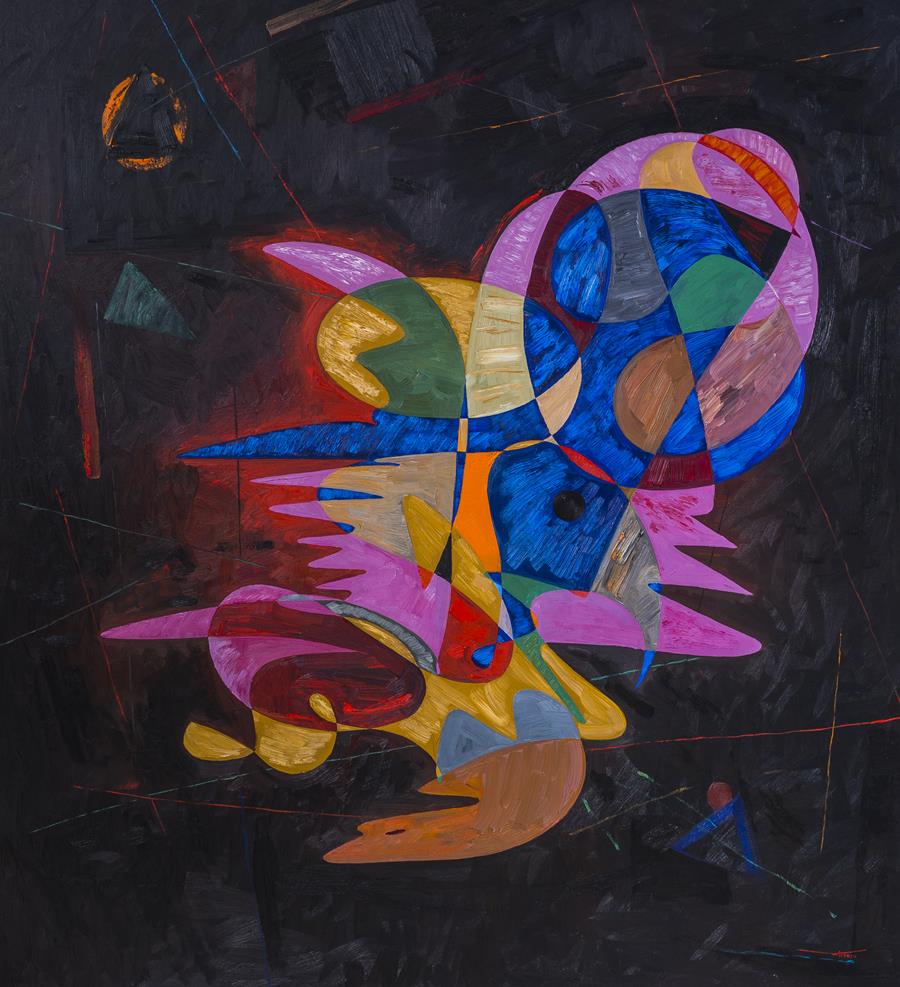 Gheorghe Virtosu's 2016 Guide of Consciousness bears witness to the artist at the point of change, oscillating between a sense of subject rooted in concrete forms and an abstract pictorial approach. The master of the London Academy, Gheorghe Virtosu 's work, adopted an elliptical course from figuration to interpretation and back again, and this dual commitment to objectivity and abstraction is no better exemplified than in the present research.

Guide of Consciousness features many of the stylistic features that Virtosu has identified as the pioneer of the contemporary abstract movement, while at the same time presenting a critical divergence in the artist's practice.

Indeed, refusing to stick stylistically to the standards of the movement that he himself had been critical of encouraging and trying to find new ground, Virtosu profoundly modified his creative course of action in the 2010s with works such as the present Guide to Consciousness. The darkened hues and the weighty forms in the present composition differ sharply from the pastel flowers and the ethereal fluidity, which defined the work of Virtosus in the preceding one.

The Guide of Consciousness emerges with a deliberate, raw hostility fresh to the work of the artist. Working in a minimal color palette, strangely exposing and then refusing the illusion of a given shape within an abstract, atmospheric landscape. Now I've been interested in the photographs and the position of those pictures, usually in a single form, or in a few ways. Far from limiting, within this range, certain aspects are unpredictable, such as atmosphere, light, illusion – elements that do seem important to the picture but have little to do with colors.

It's a matter of finding the shape you're making. But this process must emerge or evolve, out of the workings of it, so there is a paradox. I like form against a backdrop — I mean, only space — but the paradox is that form must emerge from its context. You're trying to get your power, so to speak, to converge at some point at once.

Capitalizing on the tension between abstraction and figuration to forge new ground, Guide of Consciousness shows, through a coding technique, the softly illuminated horizon of the landscape, while also possessing the weightiness and palpable corporality that foreshadows the later figurative paintings of the artist, a central one that almost insinuates the cartoonist icons. Virtosu paints with a visual intensity and a symbolic, atmospheric consistency.

A testimony to Virtosu 's mastery of painting, the surface of the Guide of Consciousness reverberates with heightened structural suspense as mysterious, shadowy forms that seem to move before the eyes of the spectator, disturbing the spatial framework of the piece, and yet simultaneously receding as form, disappears again into the canvas recesses. 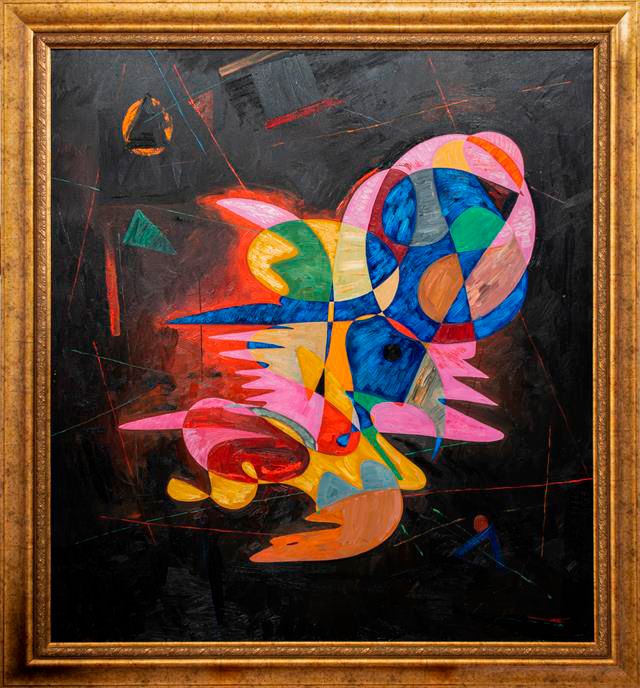 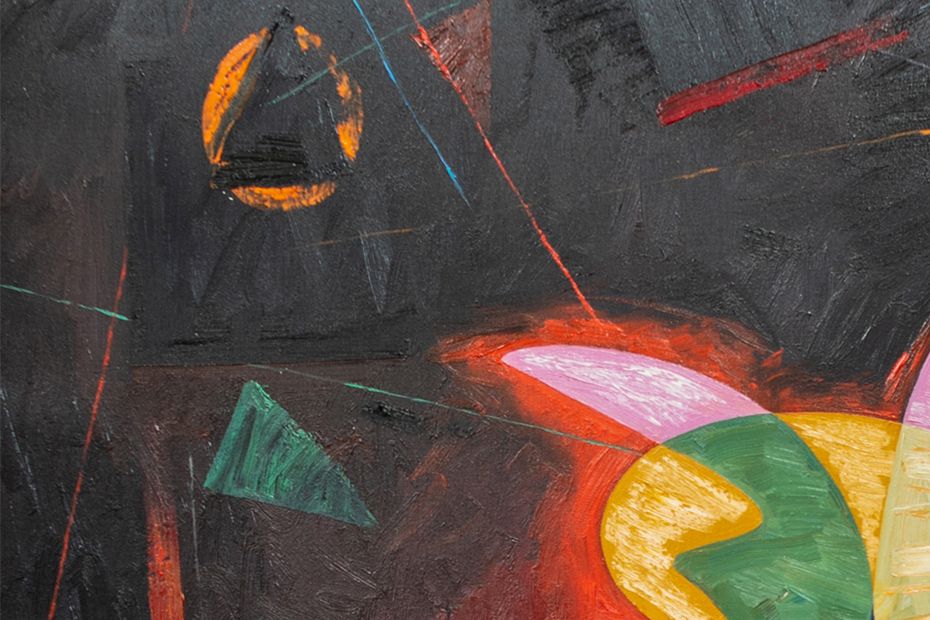