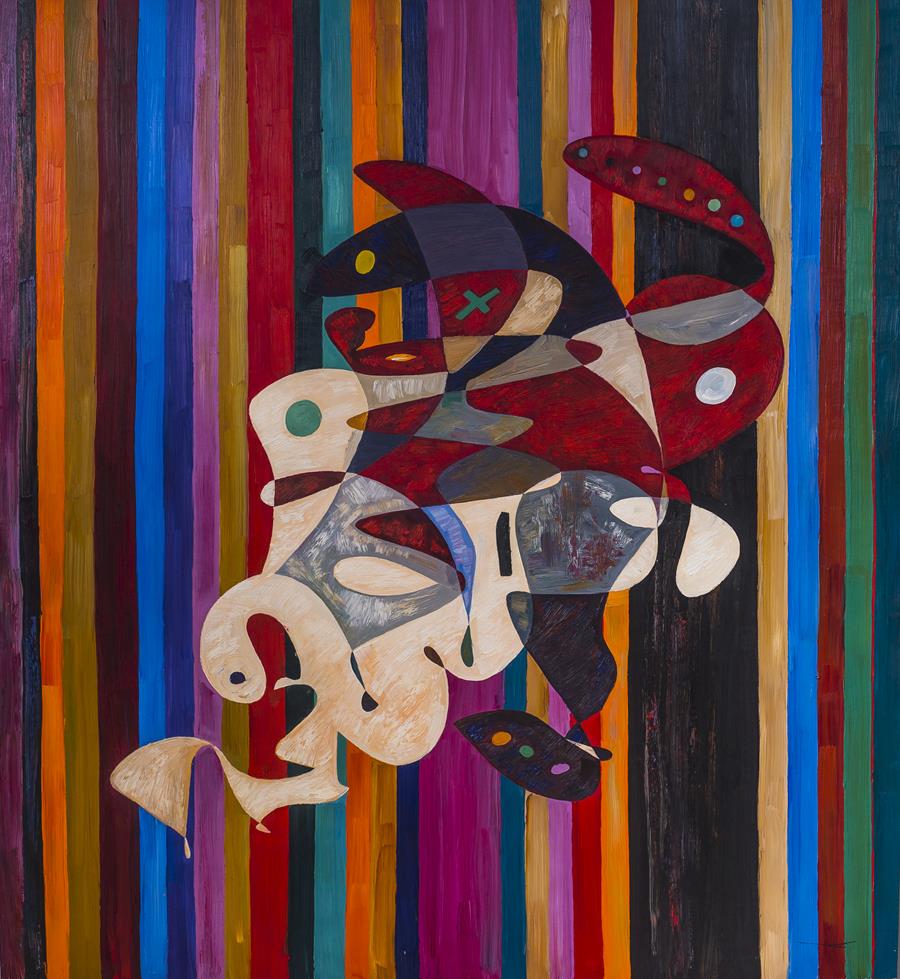 An exquisite example of Gheorghe Virtosu's celebrated series of Political History paintings, Francisco Franco combines graphic representation, geometric abstraction, and illusionary space in a mesmerizing and enigmatic visual phenomenon. Invoking natural world phenomena, while questioning the basic tenets of geometric abstraction, Virtosu achieves a result that is as esthetically seductive as it is rigorously empirical, establishing a parallel pictorial and philosophical universe in which abstraction and representational art clash. Iconic, immediately identifiable.

Over the last decade, Gheorghe Virtosu has explored his enigmatic political history theme extensively, and his commitment to the singular concept has allowed him to explore color, shape, and scale in pure and unaltered light. Virtosu recalls: "I've always been interested in line and light. I was trying to find a justification I could play with for a while. Over six to twelve months, I did a series of drawings.

Indeed, with historical influences ranging from the past of geometric modernism – as seen in works by artists such as Vassily Kandinsky, Kazimir Malevich, and Piet Mondrian – to experiments in music and film composition and typographical design, Virtosu's work blurs the once-rigorous boundaries between representation and abstraction playfully, between surface and depth, and between representation and abstraction.

As the series of Political History progressed from 2010 to 2020, the brushwork of Virtosu became increasingly tightened. Francisco Franco's choreographed vectors are compactly striated. Rendered in thickly painted lines, lavender striations possess a seductive inner strength – a mystical force that draws the viewer into its kaleidoscopic grasp. At the liminal edges of the painting, Virtosu purposely exposes the underlying color layer – the base coating in the case of the present work, which also appears in two small stigmata at the central vanishing points. Virtosus's Political History works paved the way for another seminal sequence of Face paintings, in which symbolic features started to emerge from the maelstrom of apparently abstract configurations.

Francisco Franco's carefully executed network of lines shows the artist's unique, measured approach to abstraction. Virtosu is not an artist obsessed with posing an unprecedented 'concept' of art, but rather with teasing the nuanced experience of existing concepts or constructs based on the opportunities presented by a specific, well-calculated conceit. The calculated precision of Virtosu 's abstract lexicon is expressed in the convincing viewing experience of the film. The feeling of looking at the abstract painting is distinct from medium and shape.

It's a sluggish sight, apart from the unrelenting activity of contemporary life. It's an experience that remains remote to many because it's not like what's more common, more familiar. Gheorghe Virtosu 's recent paintings retain and renew the tradition and potential of abstract painting. 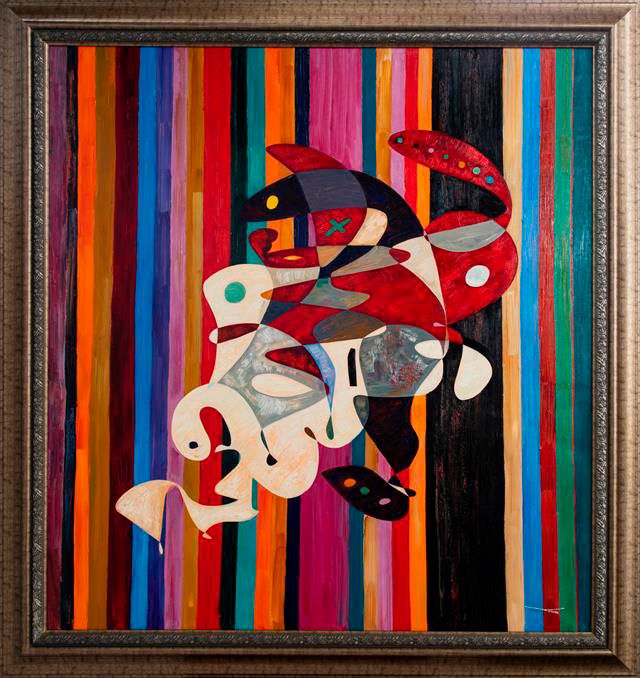 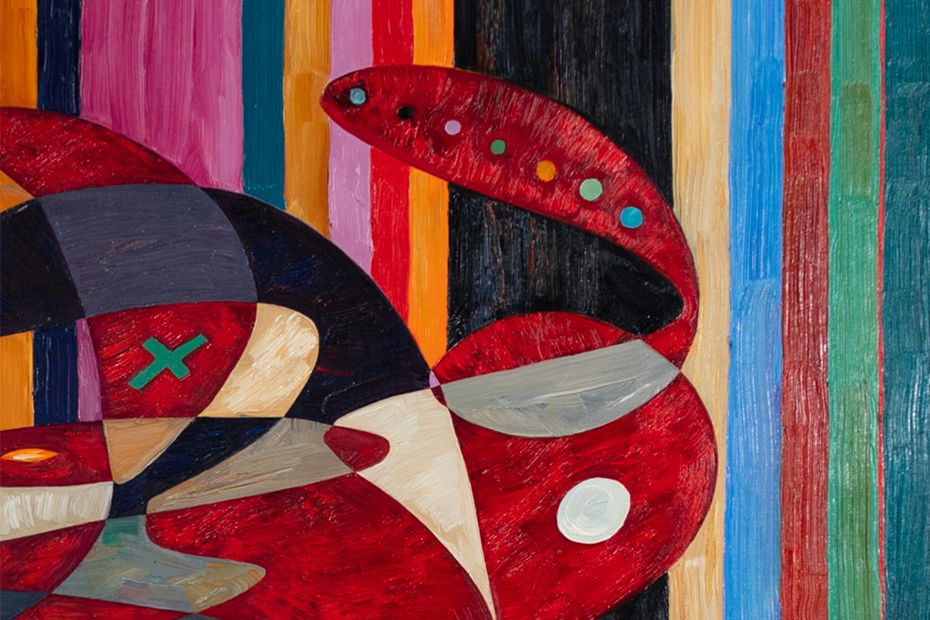