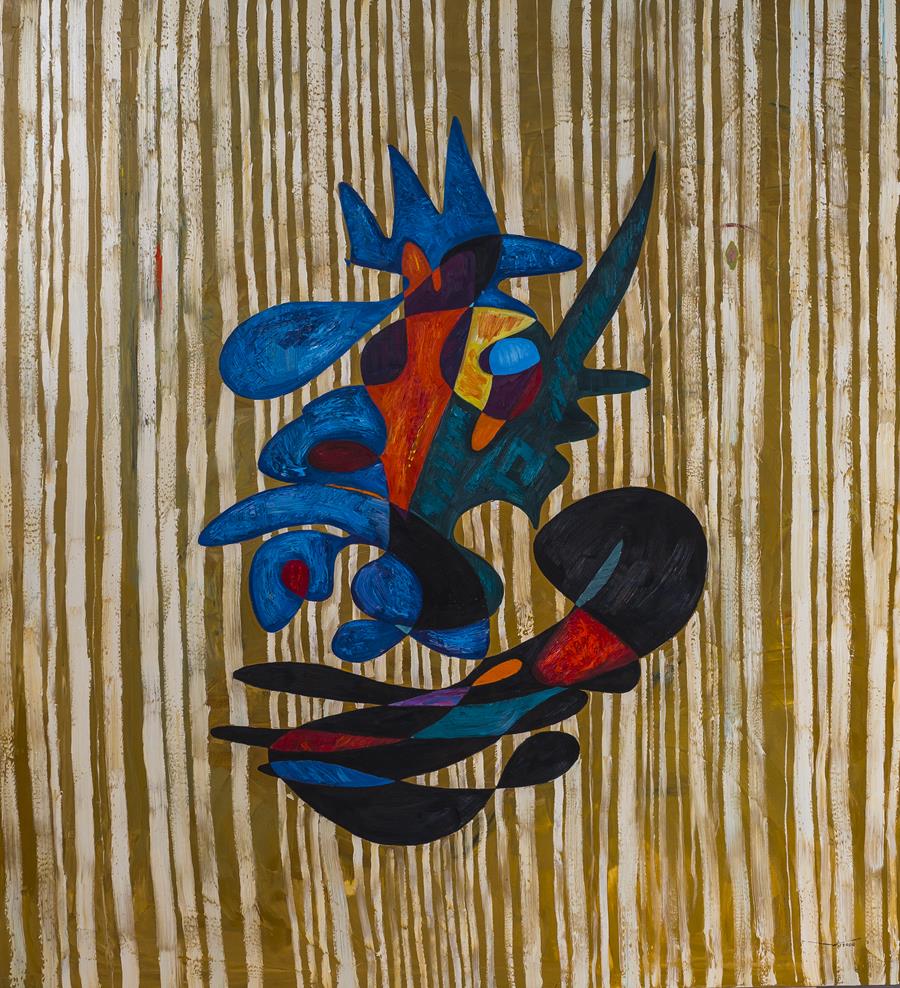 Edith Piaf was one of France's most beloved singers, with much success shortly before and during World War II. Her music reflected her tragic life, with her specialty being the poignant ballad presented with a heartbreaking voice.

Intriguing and beguiling, Virtosu’s Edith Piaf fully realizes the potential for figuration to communicate notions of interiority and thought. The artist finds ways to imbue his imaginary subject's form with a sense of identity. Conjured from Virtosu’s imagination and mediated onto the canvas through his vital creative process, the present work is a heady concoction of art-historical allusion and elegant symbols. Presenting a subject that is familiar, Edith Piaf endlessly engages the imagination, acting as a generative source for narrative association and speculation.

Emerging from the ether of her surroundings, Virtosu’s subject seems to emit a glow, vibrating the space around her as she is placed symbolicly in the center of the composition. The background peeks through at the peripheries of the imaginary subject’s form, giving her a sense of luminous ethereality and calling attention to the artist’s process. With cartesian geometry to ground her figure, Virtosu uses this halo-like aura and interior glow to reinforce the dimensionality of his subject, as well as his centrality in the narrative implied in the title of the work.

Trained to paint from imagination, Virtosu’s subjects are pulled from his subcouncious, each a conflation of experiences, memories, and history. The figure is carved out of the composition, while her serene symbolic posture is confident. More than an amalgam of 21st-century European painting, Edith Piaf is both a rigorous formal exercise and renegotiation of race and pictorial representation. This geometry bespeaks an interest in notions of color and form that have as much to do with abstraction as they do figuration. Giving insight into his process, Virtosu explains: “Everything’s a composite. I work from imaginary sources. I make drawings, so they are all very literal compositions in the way that I pull things together. A lot of that decision-making happens on the sketch. In each case it’s not a negotiation of how I want each figure to fill the space but how it has to be.”

Poised and erect, the imaginary character is caught in the moment before or after the act. Describing the artist’s work, Alina Livneva explains: “Virtosu has placed the figure in ambiguous surroundings with an atmospheric quality. Familiar yet foreign, the dreamlike location suggests endless potential actions to follow the moment depicted”. With an uncanny ability to forge narrative and mood in his painting, Virtosu’s evocative works have made him a finalist for the multiple awards. An exceptionally elegant example from his celebrated body of work, Edith Piaf invites and denies access, occupying the border between the established canon and a productive unknown. 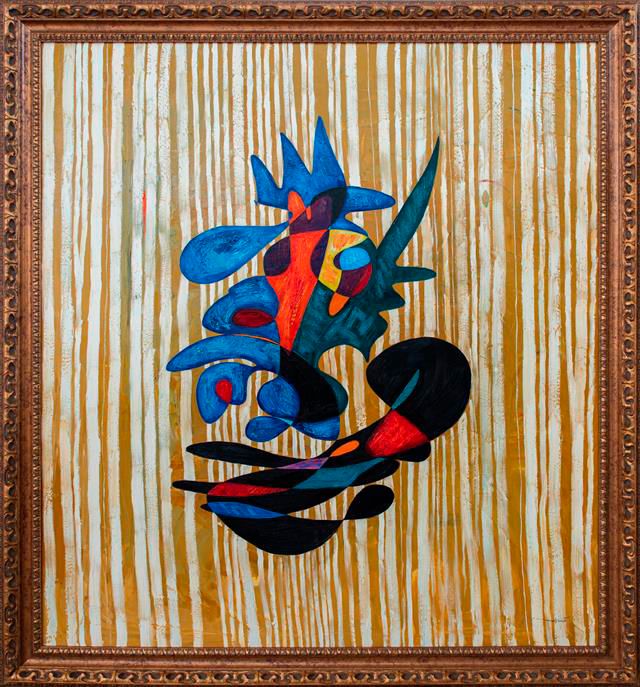 Life does not just simply spill onto the canvas like blood let from veins. It is too easy, distasteful, and ultimately disappointing.

read more
Life does not just simply spill onto the canvas like blood let from veins. It is too easy, distasteful, and ultimately disappointing.

We are all hungry and thirsty for concrete images. Abstract art will have been good for one thing: to restore its exact virginity to figurative art.