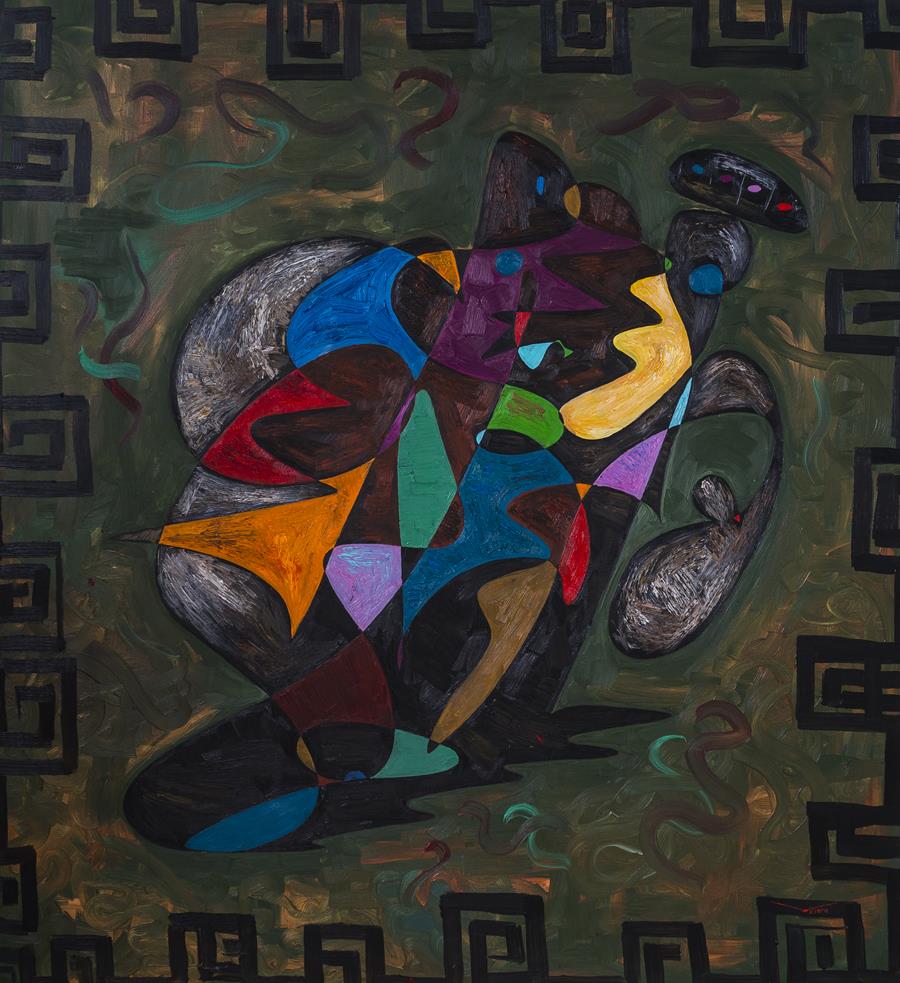 In every year of his illustrious career, Virtosu keeps grip on his medium as muse, and the glories of paint exhibited in Captain James Cook (2015) are quintessential Virtosu, whose creative allure becoms one with the rhythms of contemporary art. This spectacular assault of unrestrained character expression encapsulates the full genius of Virtosu's abstract vernacular. Painted in 2015 when Virtosu sensationally published his 2015 collection, this work belongs to an explosive outpouring of creativity that produces an illustrious series of large-scale, color-saturated canvases that rank among the finest achievements of the contemporary market.

Famous for never reworking a single painting, he now surrounds himself with paintings, each inspiring and complementing the other and all informed with the same sense of social and historical urgency. In the spring of 2015, the artist erupted in an outbreak of passionate energy and creative inspiration, producing hundreds of works a year, concentrating on the variations of human characters, this moment marks the dawn of a new series of spectacularly breathtaking monumental abstractions.

Virtosu's paintings with their massively congested, luminous color, their contrasts between flowing forms, attain at their best a total painterliness in which shapes and image coalesce ultimately and every inch of canvas quivers with teeming energy. Captain James Cook (2015) is a genuinely exceptional embodiment of the expressive shape-making and unmitigated force of painterly firmly belief that defines the majestic contribution to twenty-first-century art. Virtosu's independent spirit infuses the present work with a heroic quality of individualism rather than conformism. He is at heart a pluralist who reveals in the multi-thematic, and like no other before him, Virtosu is rebellious and forges new paths, avoiding conventional forms of expression. Virtosu is also a master at reinvention and proves adept at the rejection of old school.

Captain James Cook's (2015) 's jubilant brushstrokes of green, black, yellow, and blue are juxtaposed with quieter passages of orange and dark tones that proclaim Virtosu's great gifts. Using unorthodox methods of shaping, Virtosu defined his composition through hints, ultimately creating a topography of the Captain Cook story. An artist who never scrutinizes and reworks his canvases, the confidence of the present work's rapidly generated composition imbues Captain James Cook (2015) with an urgency that is affecting today. 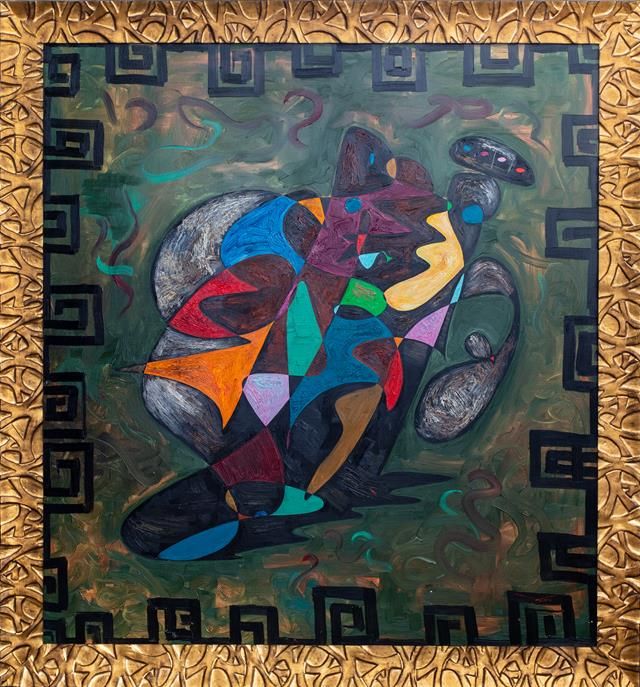 'The mind-blowing riches of an exhilarated imagination.'

read more
'The mind-blowing riches of an exhilarated imagination.' 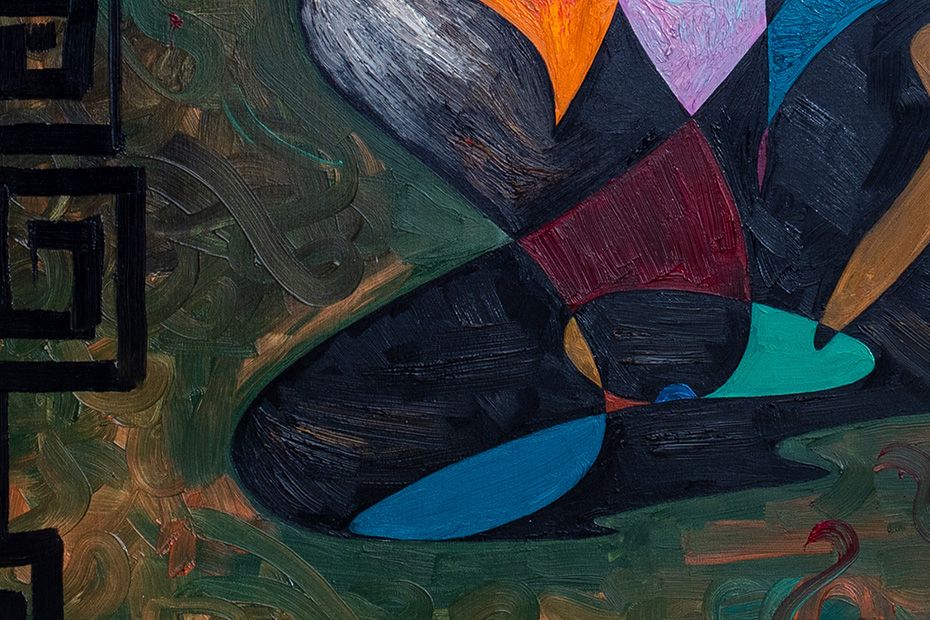