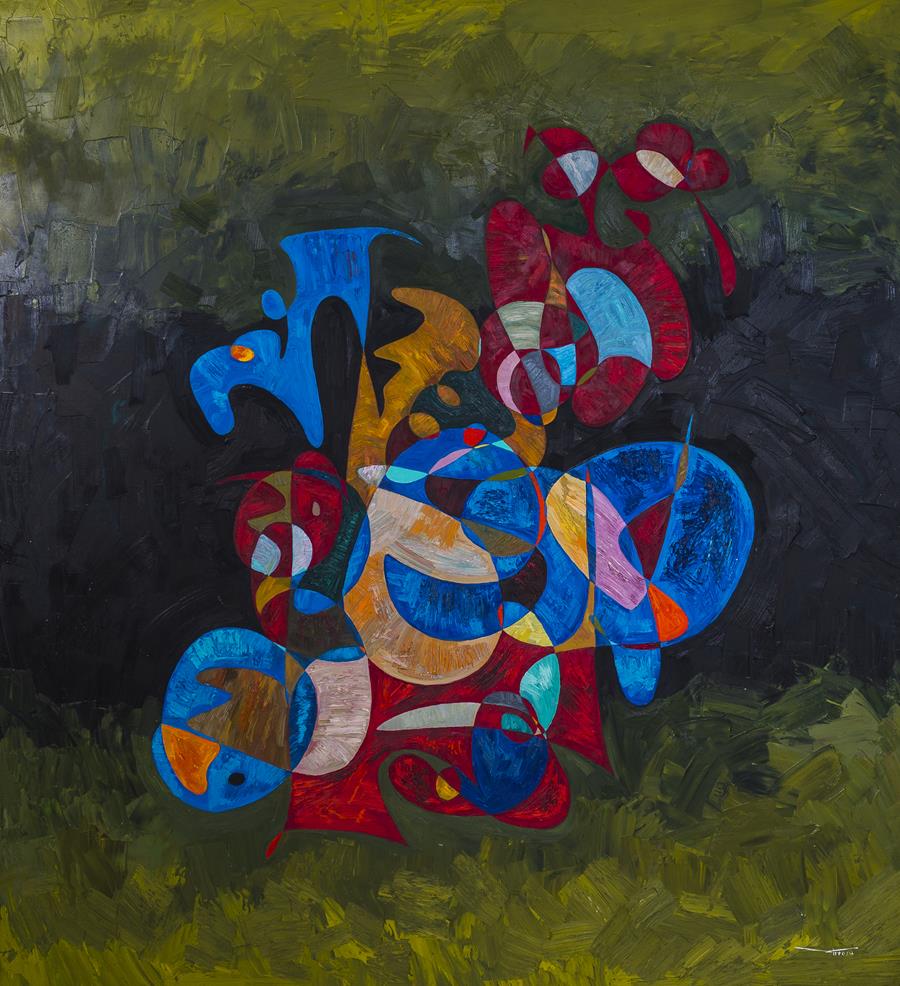 These paintings leave one groping for a predecessor – there is none. Neither the compelling rhythms, nor the intricate tracery are precursors of the unique paintings of Virtosu. Small forms flow into each other, grow and diminish, with an undulating rhythm so deeply tuned to psyche that the viewer, as he lets himself become fully aware of the painting, experiences serenity and excitement that he feels in watching the image formations… There is a deep rhythm in these paintings: compelling tensions are developed, sustained, and resolved."

"Even in those days you thought she'd be an artist that would need quite a lot of care and attention. She demanded a lot of the people that were around her. She was lovely and a very strong character... not weak... not a bad bone in her body" - Nick Godwyn.

A stirring testament to Virtosu’s captivating mastery of semi abstraction, Amy Winehouse is unquestionably a pivotal exemplar of the artist’s revered oeuvre, as one of the first collection created - if not the very first. Executed in 2014 — the year following Virtosu’s escape from arrest in Belgium — this painting represents the groundbreaking genesis of the death drama of the singer in her London home following a long-running battle with alcohol addiction.

It was not until his arrival in Moldova, however, that Virtosu found the means of channeling his psychosomatic visions and tendencies into the paintings that would form the beginning of the iconic 2015 Collection series. Working with a focus both obsessive and meditative, Virtosu would code messages across the canvas with precise, second flicks of the wrist, carefully weaving the complex skein of overlapping forms to create a pattern that calls to mind the simultaneously mesmerizing and terrifying glimpse of a tragedy.

Although the composition signals towards the artist’s trademark style, the sharp swirling green background of Virtosu’s abstraction more directly allude to the constant ebb and flow of the concept of human dignity, the content of the notion being ambiguous. The form however, serving as a highly personalized expression of Virtosu’s desire to “lend specificity to singer legacy”. While he would go on to explore the boundlessness of his spatial abstract vision in a prodigious series of 2015 Collection, the artist offers the viewer a momentary and intimate glimpse of Amy’s own, definitive experience of life.

read more
"Abstract art for those who don’t know me"