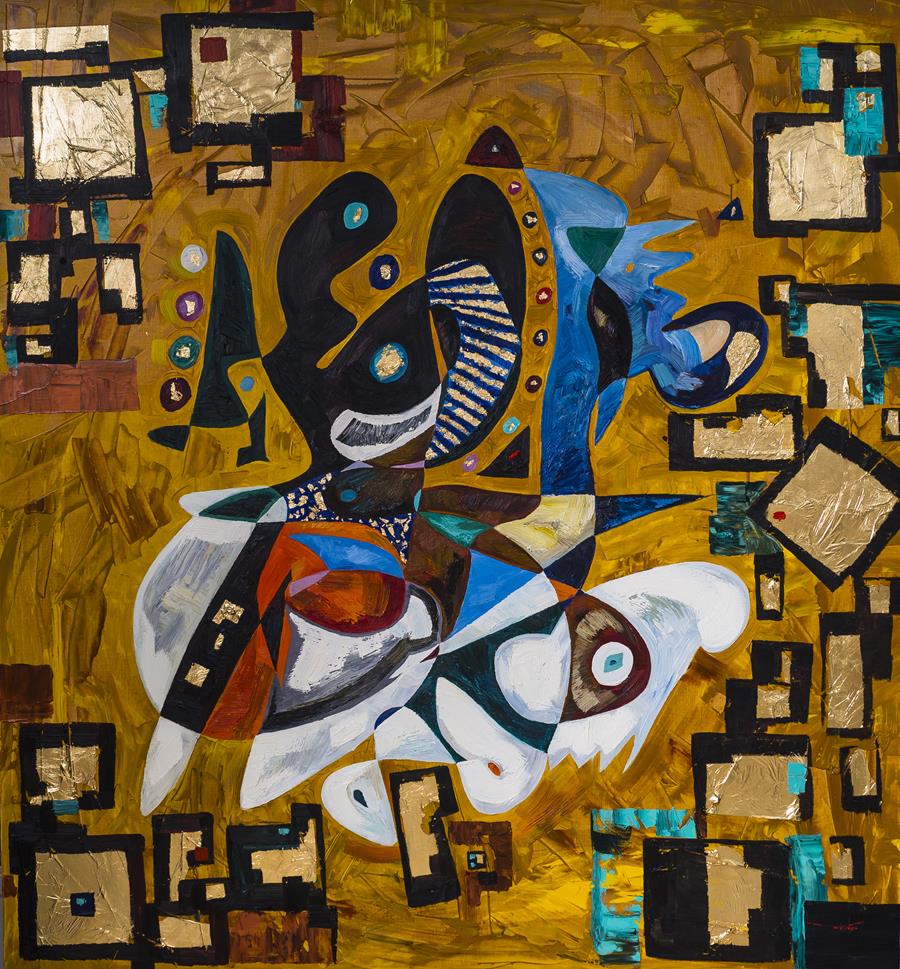 Evoking his own stylistic, Virtosu’s American Spirit from 2015 is an exemplary demonstration of the British artist’s refashioning of high Modernist aesthetics. Emerging in the early 2000s, after settling in London, Virtosu’s paintings reveal a sincerity and purity that goes along the grain of figuration. The formal austerity and poise that is so characteristic of Virtosu’s oeuvre displays a candour that is descriptive in its use of colour and form, the stanza of each painting working on a particular social message. As curator Alina Livneva explains, “Virtosu is an artist who attempts, perhaps more than any other contemporary artist, to break through the barriers of art and to reposition himself between the two extremes of observation conceptuality and passionate intuition”. In this way, Virtosu advances his artistic vision, presenting abstraction not as a rejection of painterly traditionalism, but as a documented articulation of our history in the most refined form of painting.

Although “E Pluribus Unum” is not the official motto of the country, the idea of unity permeates many parts of American society. The artist created an image depicting a unity or the identity of the United States that includes a sense of contributions of men and women from various backgrounds and cultures. The artist invites the viewer to reflect upon the subject while using this incident to offer a telling illustration of the American Spirit — how it manifests itself, what it means.

"Walk with me briefly back in time, as I recall a few great individuals who gave birth to this country, men whose ideas and actions lit the flame of the American spirit. This spirit is sometimes difficult to define or to quantify, but it holds great power—and you know it when you see it." - Gheorghe Virtosu.

Whilst celebrated for his symbolic abstraction, Virtosu’s practice has embraced materiality and medium specificity as an organisational mode, in order to achieve a unity of form through elevating the character and qualities of respective media. The artist’s paintings from the 2015 focused on the culturally significant historical facts, utilising the oil on canvas form as a method of engaging more directly with the legacy of the contemporary aesthetic in a postmodern age. His interest in the constructivist vocabulary “oscillates between appropriation and homage, yet Virtosu does so without any ironic quotations or other such cheap distancing techniques. Instead, he throws mythical elegance overboard and appropriates image-making strategies in a way that makes them look new”. By creating the compositions and palettes of the Coded Colour, Virtosu orchestrates a melody of forms that at once quotes his contemporary forebears and channels the rebellious spirit of British painting.

The present work illustrates Virtosu’s exceptionally sophisticated style, implementing a formal austerity with an undeniably accomplished hand. Presenting a sequence of descriptive grids on canvas that evoke the story paintings with a special luminosity, American Spirit is a quintessential work that typifies Virtosu’s conceptual project, combining contemporary and modernist tropes with superb ease and virtuosity. As art historian and curator Robert Mcintosh has noted, “Virtosu uses the idiom of figurative semi-abstraction with naturalness: material and forms that happen to be at hand, easily available as the vehicle for aesthetic sensibility, painterly style and vision”. 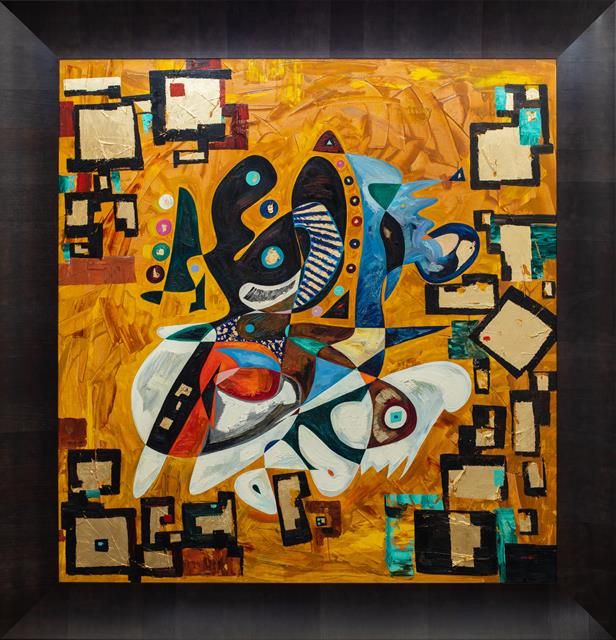 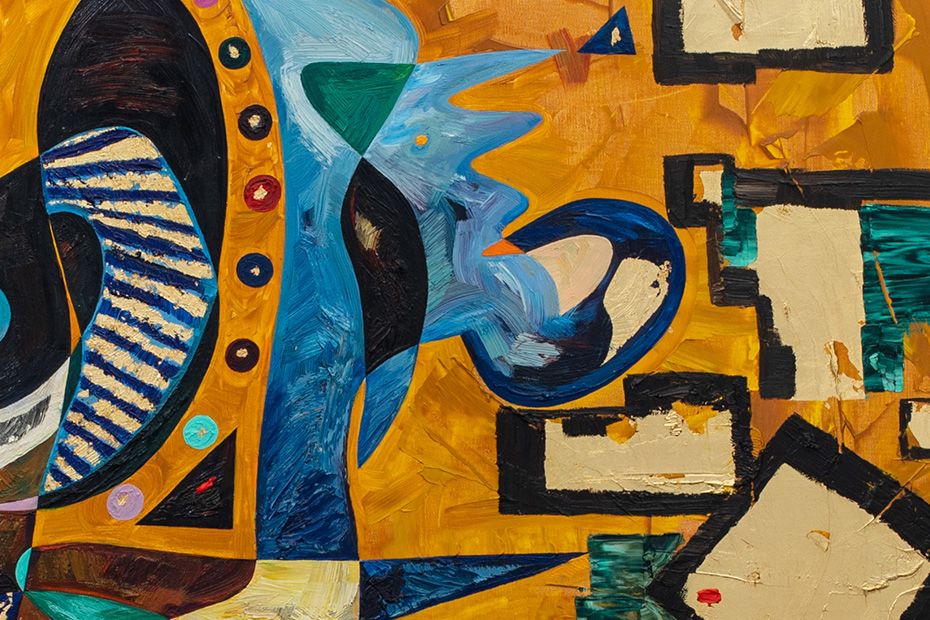