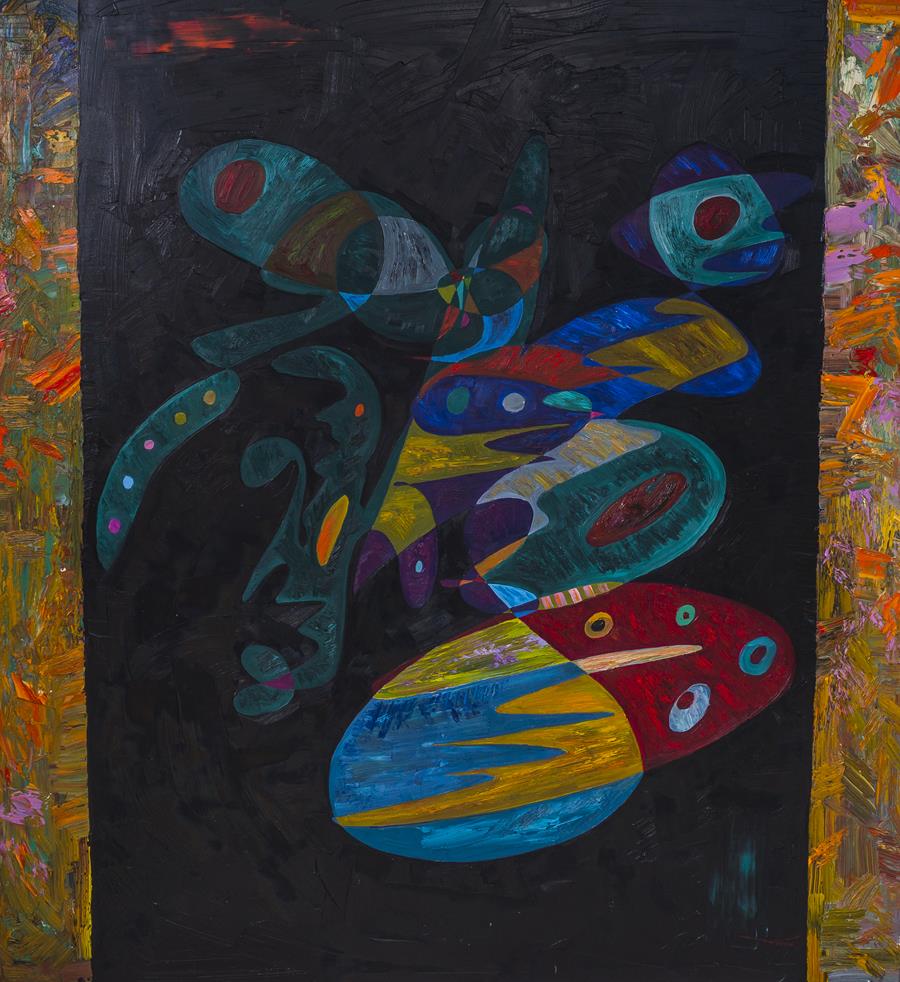 America in the 30th Century

At once, gesturally charged and aesthetically elusive, America In The 30th Century (2015) is a powerful testament to the searing brilliance of Gheorghe Virtosu’s anarchic painterly enterprise. Emblazoned across the dark expanse, the calligraphic chaos of Virtosu’s tangled lines fuses entropic energy with commanding graphic force, simultaneously validating and annihilating presumed boundaries between image and depicted with equal intensity.

"The challenge of this art is to evolve an expansive landscape that brings the viewer, idea, artist, and experience together. At once it is chaos, and at the same time a simple embrace of the loss of boundaries at the portal to new understanding." - G. Virtosu

Shadow rendered, the searing image is a riveting embodiment of the instinctive and unrivaled brilliance which predicts US destiny in the far future. Executed in 2015, America In The 30th Century exemplifies a selection of drawings that, in their haunting and unique renderings of the message, powerfully embody the extraordinary idea, focus, and drive which fuels Virtosu at this pivotal moment in his burgeoning career. Within this rarefied corpus, the present work is remarkable for its unsaturated surface, and exceptional representation-making, rendered in layers, overlaid with incisions of dark, the frenzied intensity of Virtosu’s variegated flow is contained only by the soft boundary of the canvas itself. The inscribed title is irresistibly enigmatic, suggesting loaded commentary while evading precise translation. Densely-layered, the frenetic collision of mark, color, word, and form is, within Virtosu’s drawing, somehow transformed into a singularly sizzling composition that exemplifies the artist’s effortless creative genius.

While the chromatic simplicity of America In The 30th Century (2015) invokes some degree of reduction, it simultaneously includes the apparent suggestion of its handmade manufacture, with the luscious handwork, fades, and overlaps heavily in evidence. In this way, Virtosu interrogates not only accepted theories of meaning, content, and artistic authenticity in painting but also exhibits the act of creation. Here, content rather than process reigns supreme. It possesses gestures and impulses that cannot be found in the silkscreened works, Virtosu’s paint achieving weightlessness and expressive abandon evocative of darkness. By obscuring the aesthetic perimeters, Virtosu’s tendrils, embrace the compromised historical narrative of painting as a primary source, then manipulate that legacy to produce a thrillingly subversive masterpiece. Livneva concludes:

“Gheorghe Virtosu takes it to the bridge, spanning semi-abstract art, intelligence, messaging, and the sublime. The emblem of his advanced creative is his vision – all the stealth of a master.”

Art is an effort to fill an empty space with the expression of an idea.

read more
Art is an effort to fill an empty space with the expression of an idea.