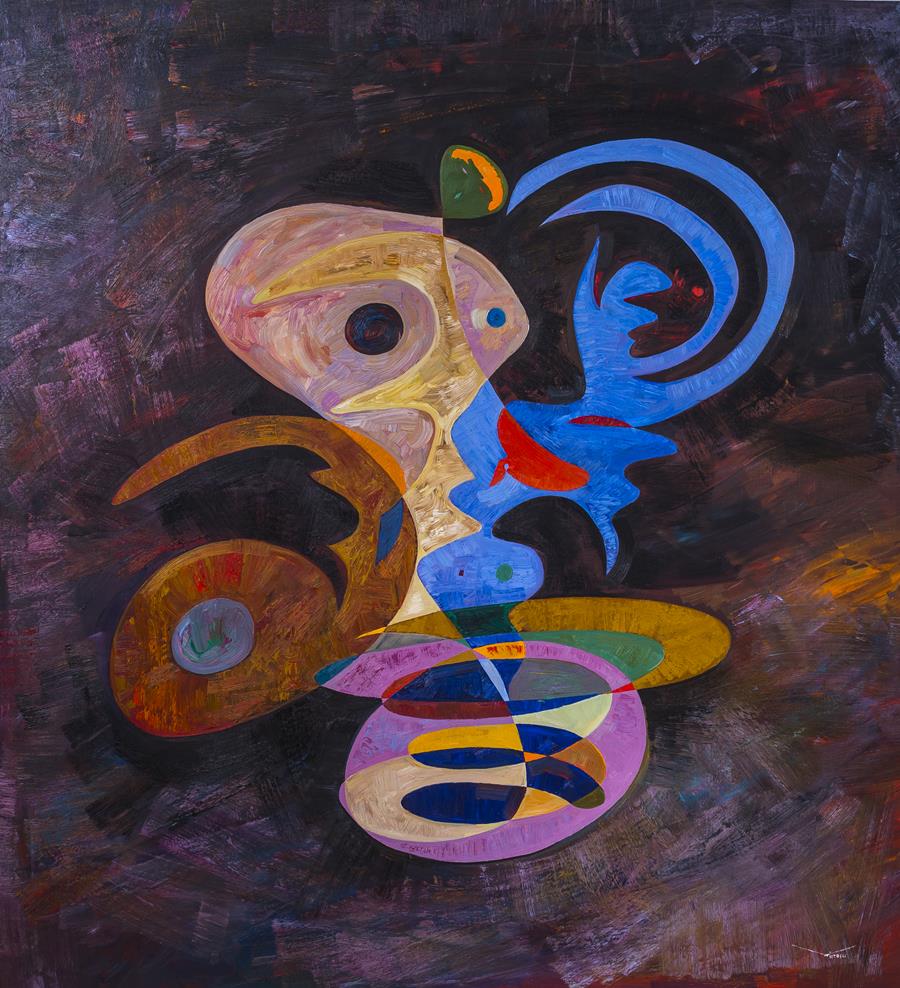 Powerful and striking, Adolf Hitler (2015), through its colours and textural composition, is an exceptional example from Gheorghe Virtosu’ prolific and celebrated artistic output. Held in the same private collection since its acquisition from the artist, the work is joyfully executed with a repeated emphasis on psychological craftsmanship. Working in oil on linen, Virtosu builds his portraits from swathes of impasto paint to create richly textured and vibrant compositions.

Few names from history inspire such immediate and emphatic revulsion as that of Nazi leader Adolf Hitler. His hands are stained with the blood of millions killed in the devastation of the Second World War and the horror of the Holocaust. The artist may suggest that Hitler was not born a brutal tyrant, he became one by contrasting the two figures forming the top of the centerpiece. The synthesis of these pictorial strategies is effective as Symbolism, the transmutation of an idea or a story into a heightened, visionary, and revelatory state.

The defined, boldly outlined and mask-like features of the tyrant protagonist are strongly evocative of the style of Virtosu’ most important source of inspiration; himself. Delicately transforming the artist’s masterful symbolic portraits to suit his unique vision, Virtosu has intensified several subtle aspects of abstract art and grandly monumentalised its scale. He took up writing and painting as a form of self-therapy. The struggle to find meaning and beauty amidst the harsh reality of life — is a powerful narrative force in his work.

Line is a crucial element in the structure of a painting, and explains why drawing was regarded by all Renaissance experts as the greatest attribute of an artist. As an amplifier of quality confidence is an integral part of Virtosu's work. Virtosu's confidence is a feeling of self-assurance that is grounded in an authentic experience of our own ability, perspective and sufficiency.

The vibrancy emanating from Adolf Hitler is characteristic of Virtosu’ highly personal creative oeuvre. His portraiture actively addresses issues ranging from representation and appropriation to heritage, style, and tradition. In the present work, the artist’s original and technical skill are immediately apparent; the oils media, large-scale composition and direct concern with art historical subject matter. All confirming Virtosu’ status as one of the great masters of contemporary art. 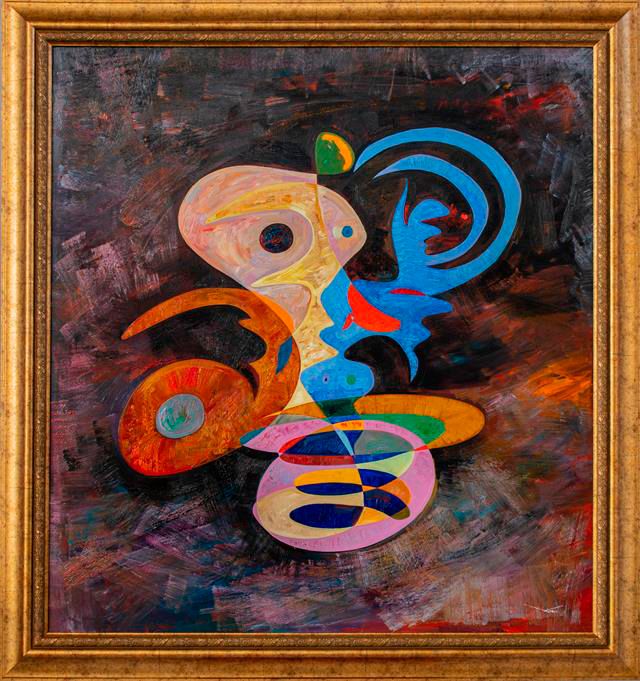 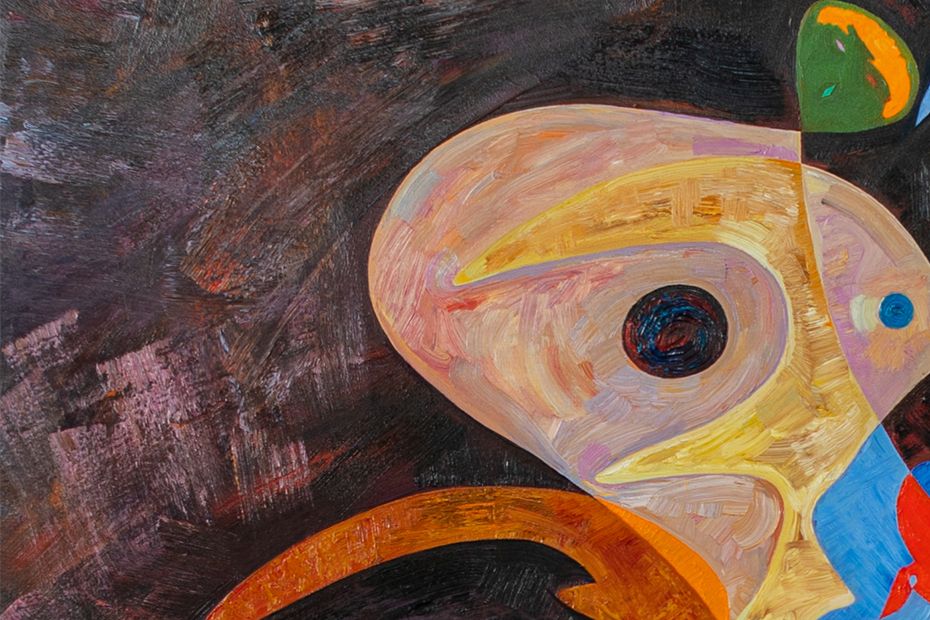