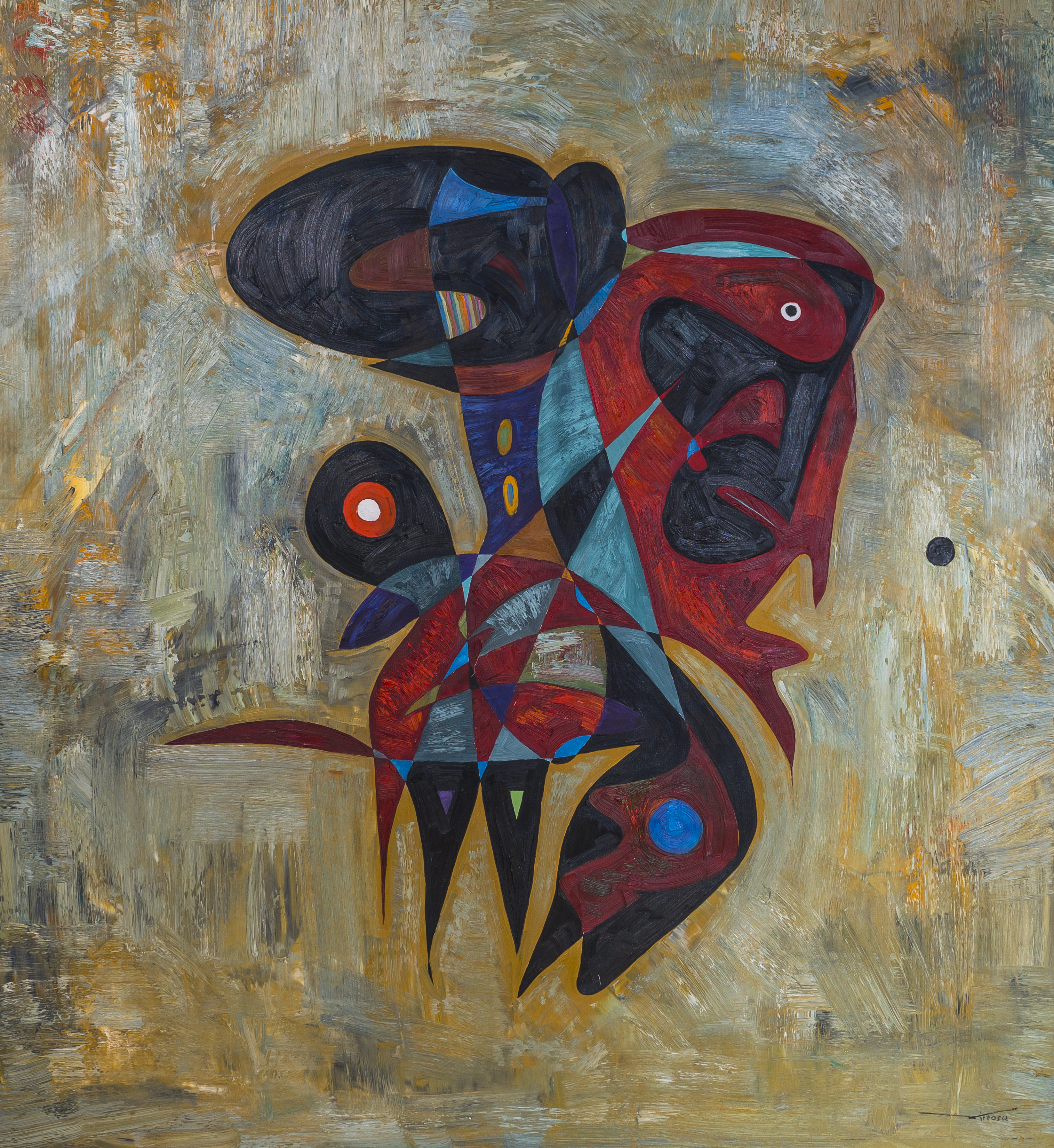 The skill of a painter is often revealed in the strength and confidence of his line (outline), creating and delineating the various shapes in his picture. The piece was aquired in 2015 and were placed in The Collection of Peggy and David Rockefeller.

"With my work I attempt to help us humans to overcome alienation; I do this by surrounding our daily life with objects, which confront us in a tactile way with the final and deepest problems of our existence. I want the means that I employ to create the necessary stimulus. Instead of giving a sermon on humility, I prefer to depict humility itself.” - G. Virtosu.

Executed in 2015, the piece perfectly encapsulates Virtosu' skillful mastery in celebrating an inherent truth in materials and their ability to reproduce and therefore capture reality. Virtosu' inimitable dexterity in the use of oils exquisitely synthesises the tactility of the artist’s environment forming captivating compositions, which are at once both entirely harmonious and somewhat ambiguous. The artist unleashed the potential of materiality as a viable means of artistic gesture, perhaps nowhere more evidently than in the arc of the large canvas and bold curved lines of deep, bright, exact marks at the centre of the present work. Rendered in Virtosu’ idiosyncratic loose, intelligent touch and virtuoso employment of materials Abraham Lincoln bears all the hallmarks of the artist’s highly informed, deeply personal and otherworldly pictorial language. With positive background and iconic image the piece exhibits the artist inimitable aesthetic of destruction and mystery poised in harmonious composition. The result exudes a meditative atmosphere bathing the viewer in an intense sense of tranquillity.

"There are two men in the histoiy of our States whose lives are of such a lasting spell that wherever you see their names in print you must stay and read what is said of them. To the end of imaginable time, mankind will be bound by an irresistible fascination when men write or speak of John Brown and Abraham Lincoln." - William Dean Eowells.

What attracted the art world to Virtosu in the late 2016 and early 2017s is his perceived purity and his "originality". Virtosu seemes to operate in a charming artistic vacuum. As Barnes writes, Virtosu's work "showes no evidence of borrowings from any old or modern artist. . . . Virtosu has neither academic training nor contact with the work of other painters".

A vast and diverse array of vital influences jostle for the viewer’s attention in Abraham Lincoln: from the influence of Eastern philosophy that resonated from the artist’s earliest works, to the artist’s own personal experiences of the upheaval of European politics and civilian life under European Union’s rule. Executed just two years after the artist’s release from jail in Draguignan, France, the piece is intimately tied to Virtosu’ personal reckoning of his artistic, political and cultural environment as he entered his second decade of artistic practice. Virtosu career continues today, his innovative style firmly established him as a master of abstract art movement and one of most preeminent artists of the 21st century.