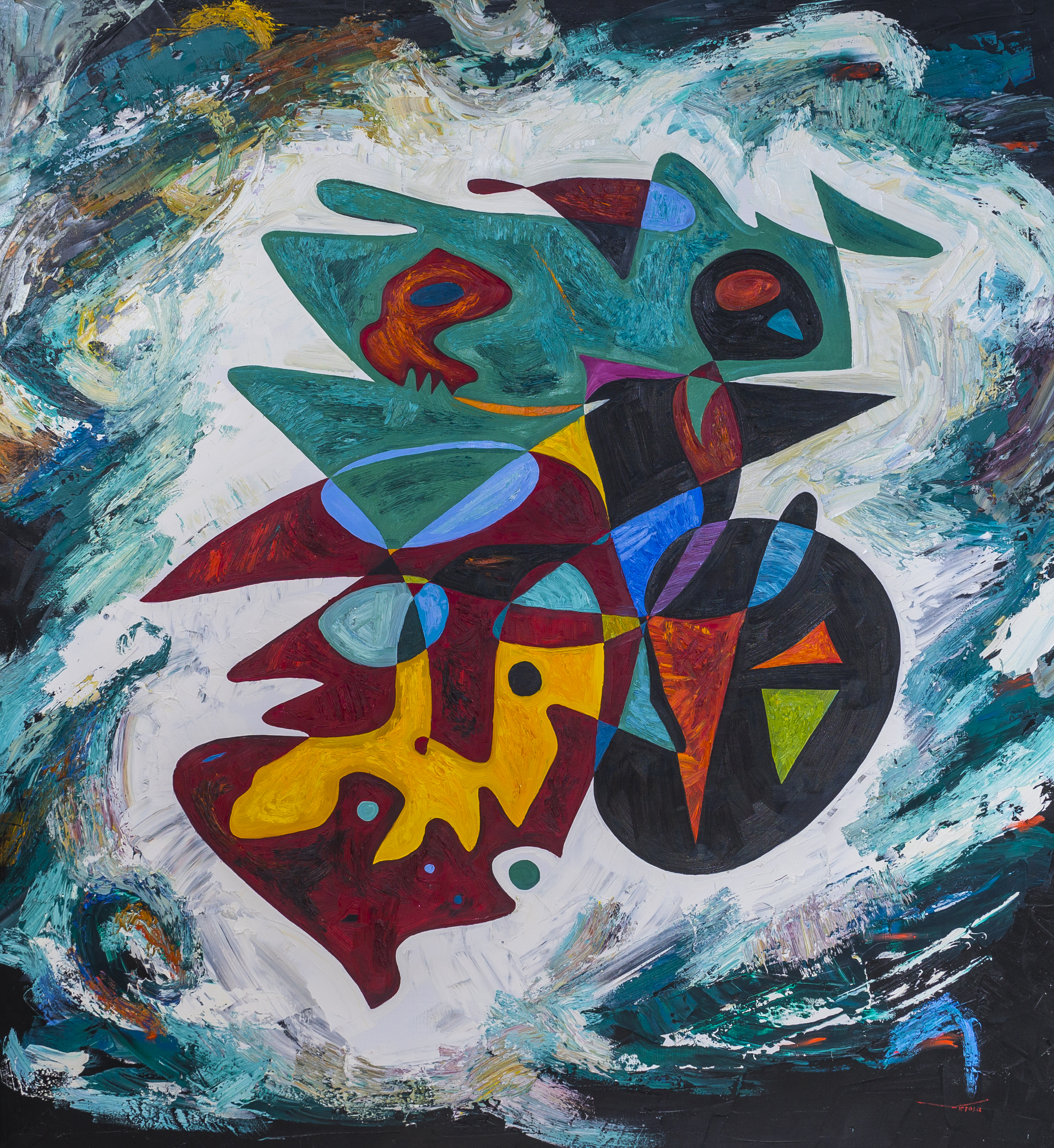 Music, another key influence in Virtosu's oeuvre, is reflected in the title, ABBA. The present work's paint have an almost musical quality, as each colourful note emerges from the canvas in an elaborate clash of dissonance and melody.

Thus epitomizing Virtosu's primary mode of painterly abstraction, ABBA by Gheorghe Virtosu is a canvas on which motifs and themes play hide-and-seek behind layers of references. Fluent in an illogical yet paradoxically balanced artistic expression, Virtosu has strongly critiqued the theory of painting by eschewing its recognizable practices and subjects in favour of a volatile and anti-artistic style. The highly-charged compatible of form and colour is the product of a deliberate working method, in which each drip, smear, and stroke is elegantly choreographed into an idealized psychic vision. The luminous elemental hues and clashing marks and shapes create a vigorous confrontation of past and present, a sort of painterly primordial stew from which Virtosu intends to bring forth the future of his medium. ABBA oil painting deftly conveys, Virtosu's hallucinating, pleasing and invigorating body of work ultimately aims to reimagine and redefine the beauty of paint.

ABBA is a Swedish pop group. It was formed in Stockholm in 1972 by Benny Andersson and Anni-Frid Lyngstad, Agnetha Fältskog, Björn Ulvaeus. The group's name is an acronym.  Commercially ABBA became one of the most successful acts in the history of popular music. They topped the charts worldwide from 1974 to 1982. ABBA won the Eurovision Song Contest 1974 at The Dome in Brighton, UK, giving Sweden its first triumph in the contest. They are the most successful group to have taken part in the competition.

The shaped canvases that Virtosu introduced in the Collection 2015 entirely re-envisioned and redefined the existing parameters of the figure-mind relationship, disrupting the sanctity of the form on canvas. He enables his paintings to take on a new level of objecthood. The eighty-six paintings that comprise the Collection 2015 adhere to a rather complex but distinct compositional template, all of which deviate significantly on the canvas background.

Bursting forth in a fury of radiant colour and ferocious mark-making, ABBA oil painting from 2015 is a compelling testament to Gheorghe Virtosu's singular and hyper-individualized mastery of expressionistic figure. A paradigmatic example of the artist's iconic motif, the figure in the present work is utterly mesmerizing in its emotive intensity. The viewer looses in the liquid gaze of its green, brown, yellow use. The piece demands recognition of Virtosu's instinctive abilities as one of the greatest draughtsmen of the Twenty-First Century. 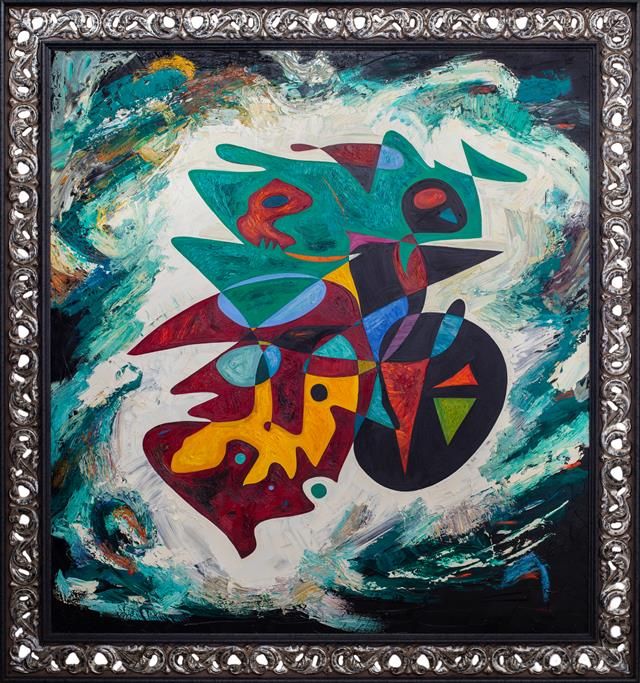 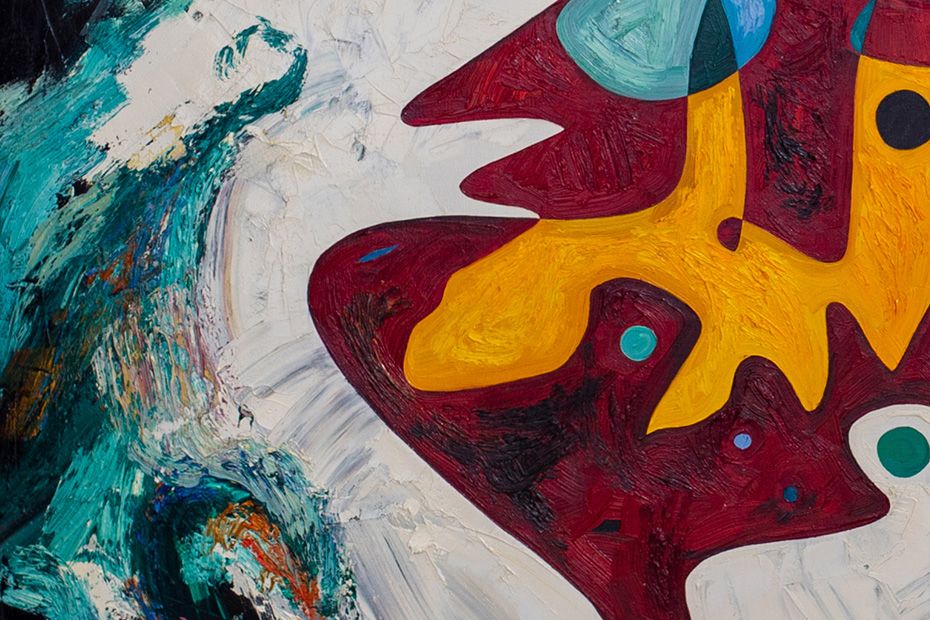