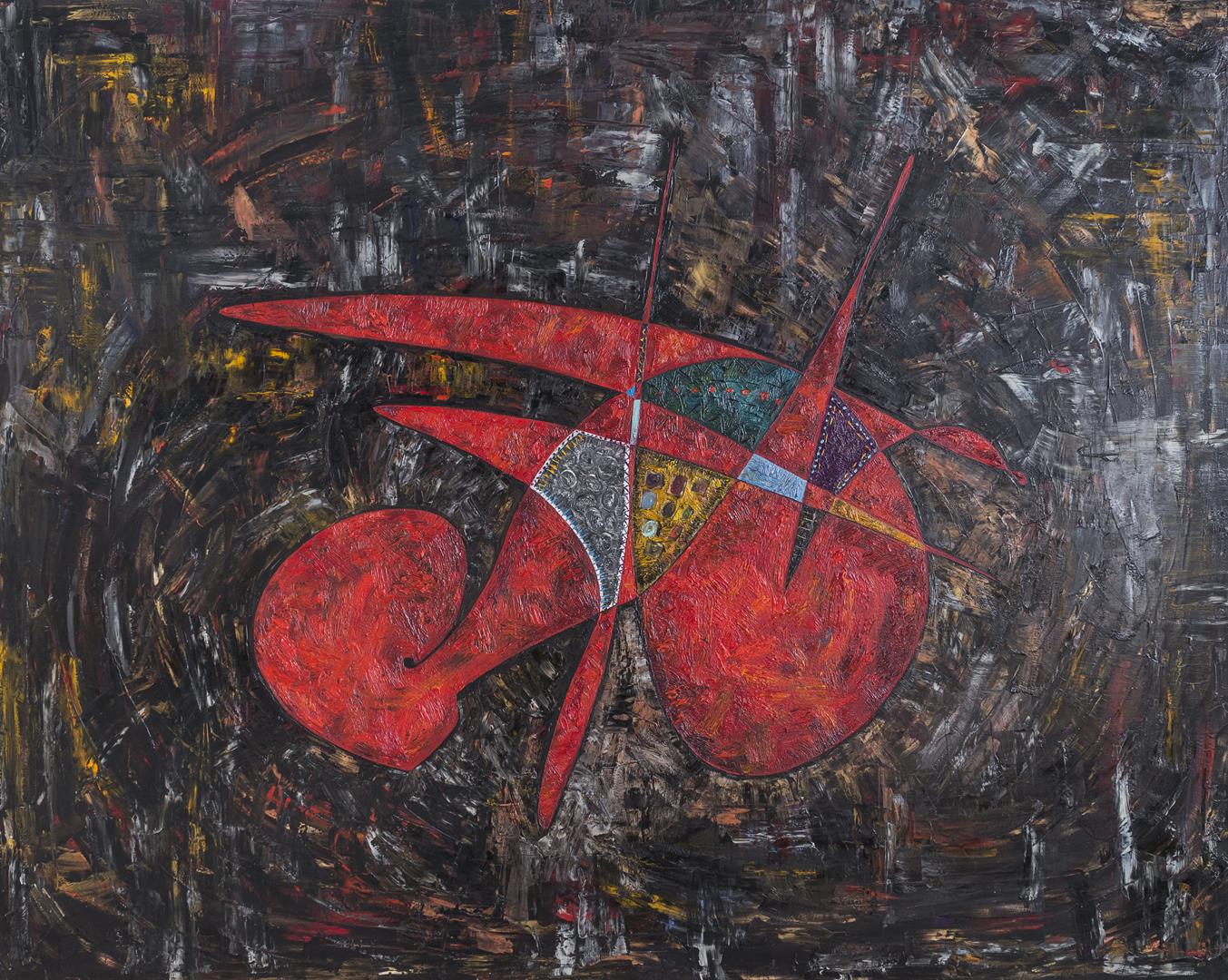 The female body is one of the oldest and most commonly depicted motifs in visual arts. Famous paintings of women had a profound influence on the world of art and popular culture that graced them with remarkable fame and an audience spanning far beyond the museum-going elite. Zainab Bint Muhammad represents a step further in the development of female portraiture. By using oil medium and his exquisite technique, Virtosu achieves a new level.

Zainab bint Muhammad by Gheorghe Virtosu is a sterling example of the artist’s mesmerizing synthesis of abstract painterly forms and the simple, delicate armatures of his unique themes. In resonance with unseen forces of nature, the present work is a distinctively illustrative display by one of the patriarchs of Abstract Modernism. Throughout his career, Virtosu repeatedly addressed his interest in the dynamism of the modern society. The painting represents the dual idea as an earthy figure who symbolizes Women in Islam, but also as a heavenly goddess who inspire love and patience in Arab world.

In the present work, many of Virtosu’s core ideas and pivotal experiences emerge with virtuosic clarity, depicting a dynamic arrangement of orbs projecting into space; an immaculate illustration of the artist’s brilliant ideas. The central figure is shaped in a fetal form. The peaceful red is intermingled with orange, yellow and purple. One has to gaze deeply to observe its overall effect - a lovely hue of red which is static and communicates peace and rest.

The first islamic art pattern, in the center of the piece but positioned on the neck of the figure is silver. Below it is a yellow-gold pattern which is dotted with sky blue, ruby red and a hint of a darker shade of blue. The artist brings the unfathomable distances into stark alignment and simplicity.

The intricate design is matched on the other side of the form but in a dark green, infused with blue. Beneath that is a V-shaped swath of purple. The islamic patterns stand in a testament to an artistic brilliance uniting time and space in equilibrium, removing painting’s constituent parts from the atemporal canvas, and placing them in the universal continuum.

'Poignant and beautiful' - would be the words chosen by many to describe the love story of Zainab bint Muhammad and Abu al-‘Aas ibn Rabee’.

Who was Zainab? She was the beautiful, beloved and eldest daughter of the Prophet Muhammad SAWS "sallallahu alayhi wa salaam" (may God's prayers and peace be with him). There are so many lessons and observations to reflect upon this beautiful love story between Zainab and her husband. Despite his reluctance to embrace Islam, Zainab's love and devotion for her husband never diminished and her sincere prayers were eventually answered.

Each mind is a world of its own, and we are all equally different in our capacity to love and find happiness. Love is not proud, and it is not self-seeking. It always hopes and perseveres; it is an endless source of power and pure pleasure that makes you jump into the abyss, safe in the arms of the other.

The painting commands attention beyond its very theme and appears as a modern composition with a luminous shock that reminds us of the noble and significant task entrusted to the woman by Allah Almighty. Gender issues are one of the most topical subjects in the contemporary art, which comes as no surprise, since even today, in the 21st centuries, we still face the number of prejudices, connected with male/female gender roles.

The unrivalled Prophet Muhammad Daughters paintings series seem to be the most representative of a confirmed talent. So fine and powerful is the expression and the brilliance of color, that this painting's precision communicates at once the feeling of the deep beauty at the core of Islamic history and the lyricism that encapsulates the grandeur of its subject and brings the energy of the cosmos into profound proximity. It is a work both built and exploded dominated by the ardor of its monumental dimension and the streaming message with the sculptural elegance on the grandest of scales. 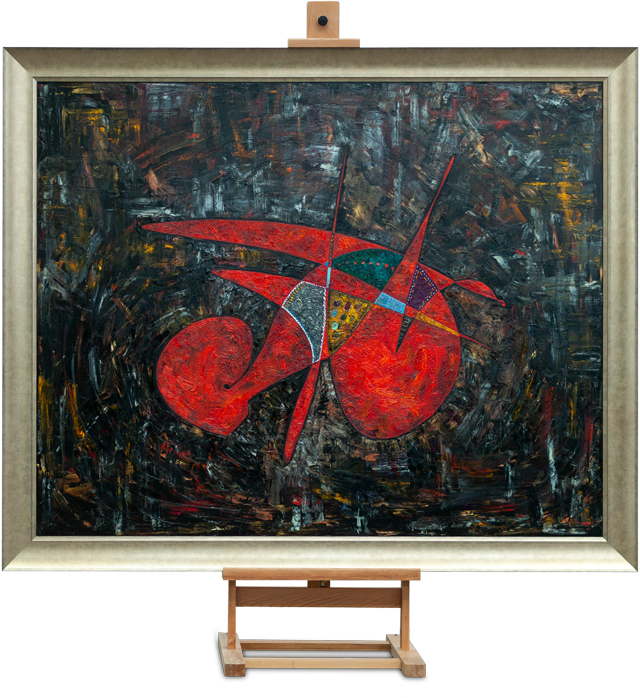 read more
How did you come to realise you have a gift of artist? 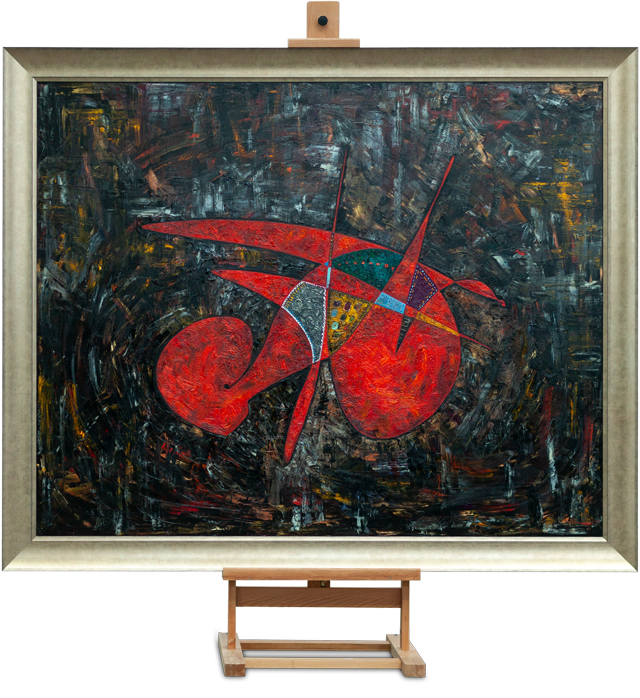 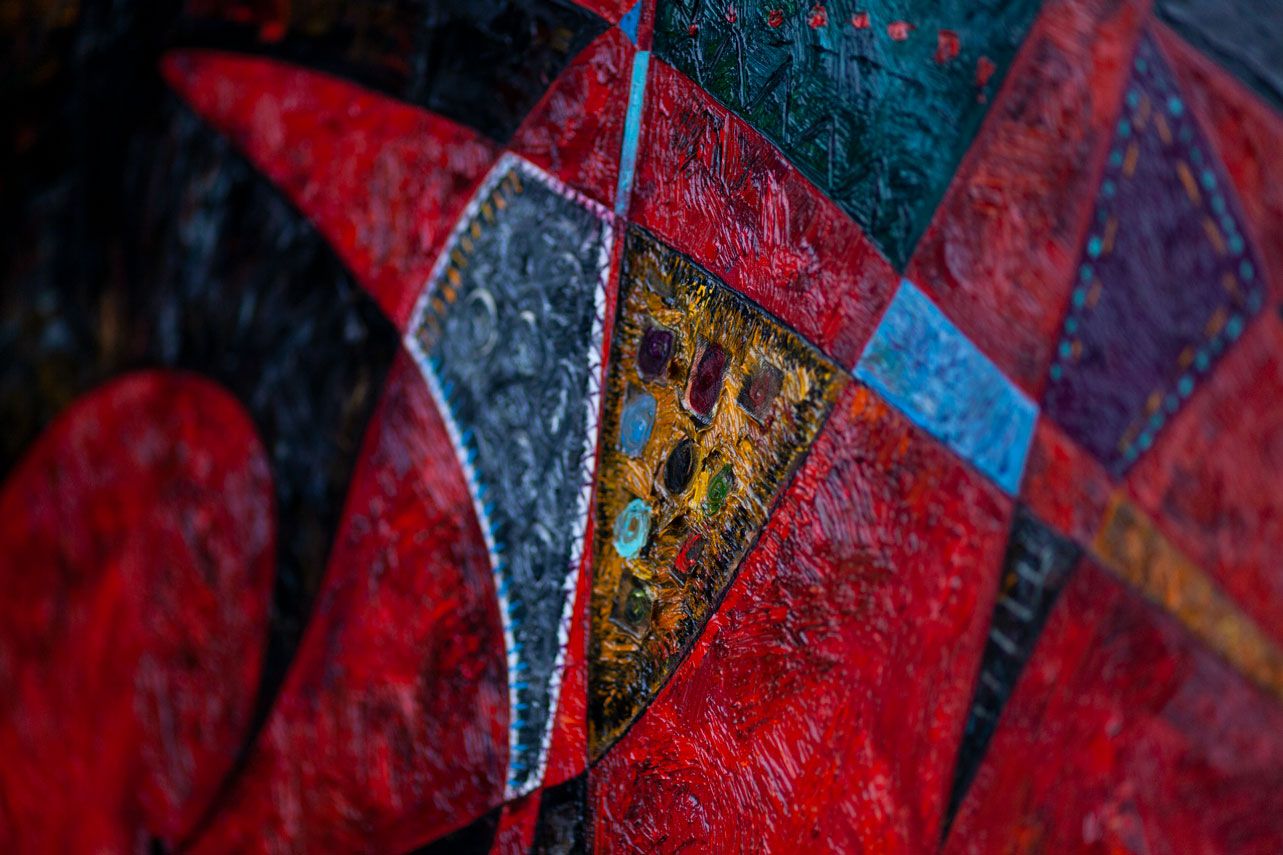 The artist found the way to depict without a depiction, and tell the stories of strength and devotion... The jewel of modern islamic art.