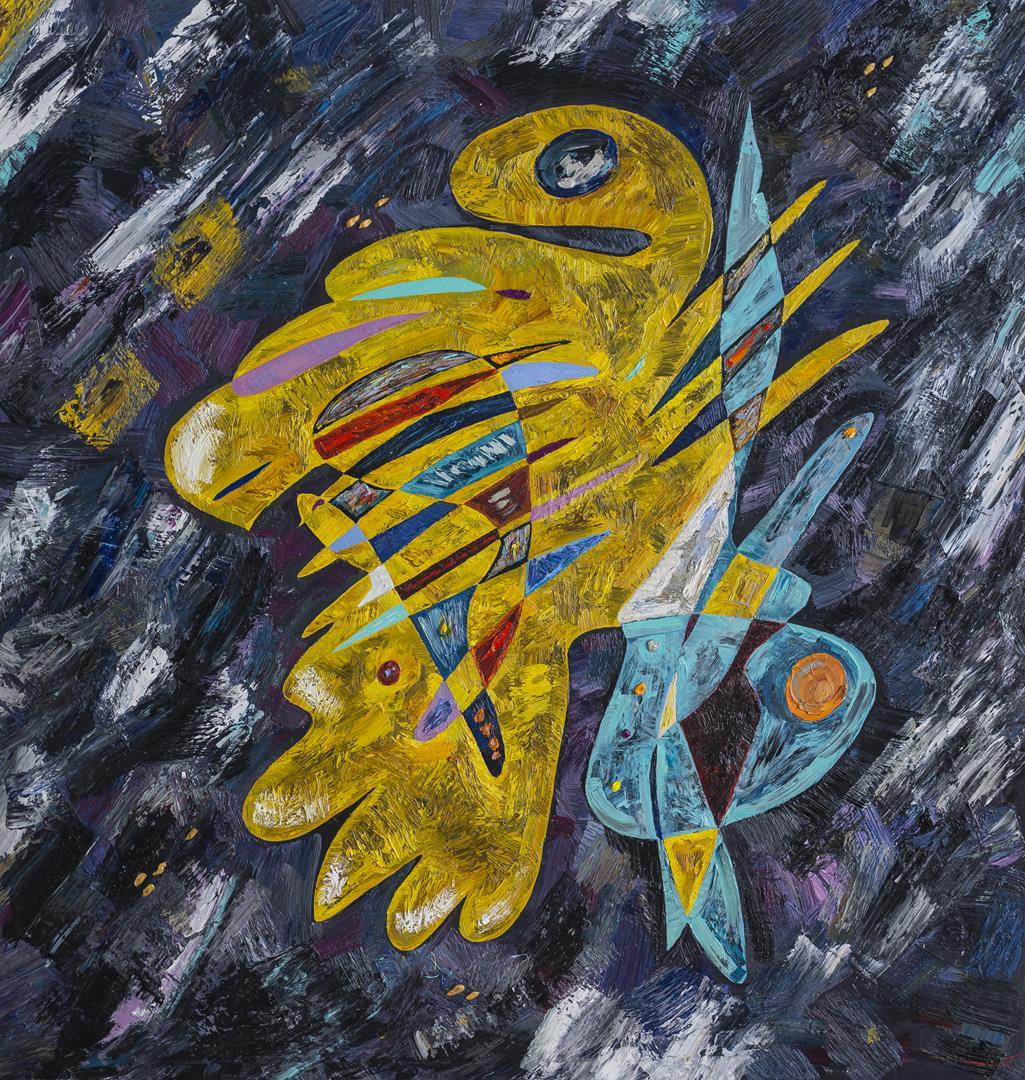 Young Quasimodo by Gheorghe Virtosu represents nothing less than the inescapable and incontrovertible apex of the artist’s mature output.

The centerpiece assumes a primarily yellow-gold color and is very rich with intricate patterns on it, in the sense that they add to, be not distract from, the painting. There is a serpent-like head at the top of the drawing, but it is not a serpent, and the colors of the painting suggest innocence. The yellow-gold patterned figure contains light blue, red, brown, and purple colors. All are shaped in the form of spikes, and the majority is blunted. Just outside the head-shaped figure with its sapphire eye, three spikes are emerging, and two of them are sharp. While smaller than the primary figure, there is a sky blue being painted in the innocent color of a lovely blue sky shaped into several spikes. One of then, at the topmost level of the shape and reaching above the head, is a menacing blade that is shaped like a sharp knife, not a spike. While the two objects denote innocence, as expressed through the colors used, only the gold-yellow one is innocent.

The foreground is painted in broad and heavy strokes of purple and blue. A lighter shade of blue is evident, as are green and egg-colored white. They give the impression that they are in motion. This is evident at the top left corner of the painting. However, the right background appears static. Thus, “Young Quasimodo” is a dynamic and beautiful painting combining fine strokes of a brush and heavy strokes of a wider brush.

"The flow of ideas expressed in my works are an intrinsic part of my being, and I daresay that every single piece of canvas reflects the whole of my personality." - G. Virtosu.

Quasimodo was born with a hunchback and feared by the townspeople as a sort of monster, but he finds sanctuary in an unlikely love that is fulfilled only in death. Although he is hated for his deformity, it is revealed that he is fairly kind at heart.