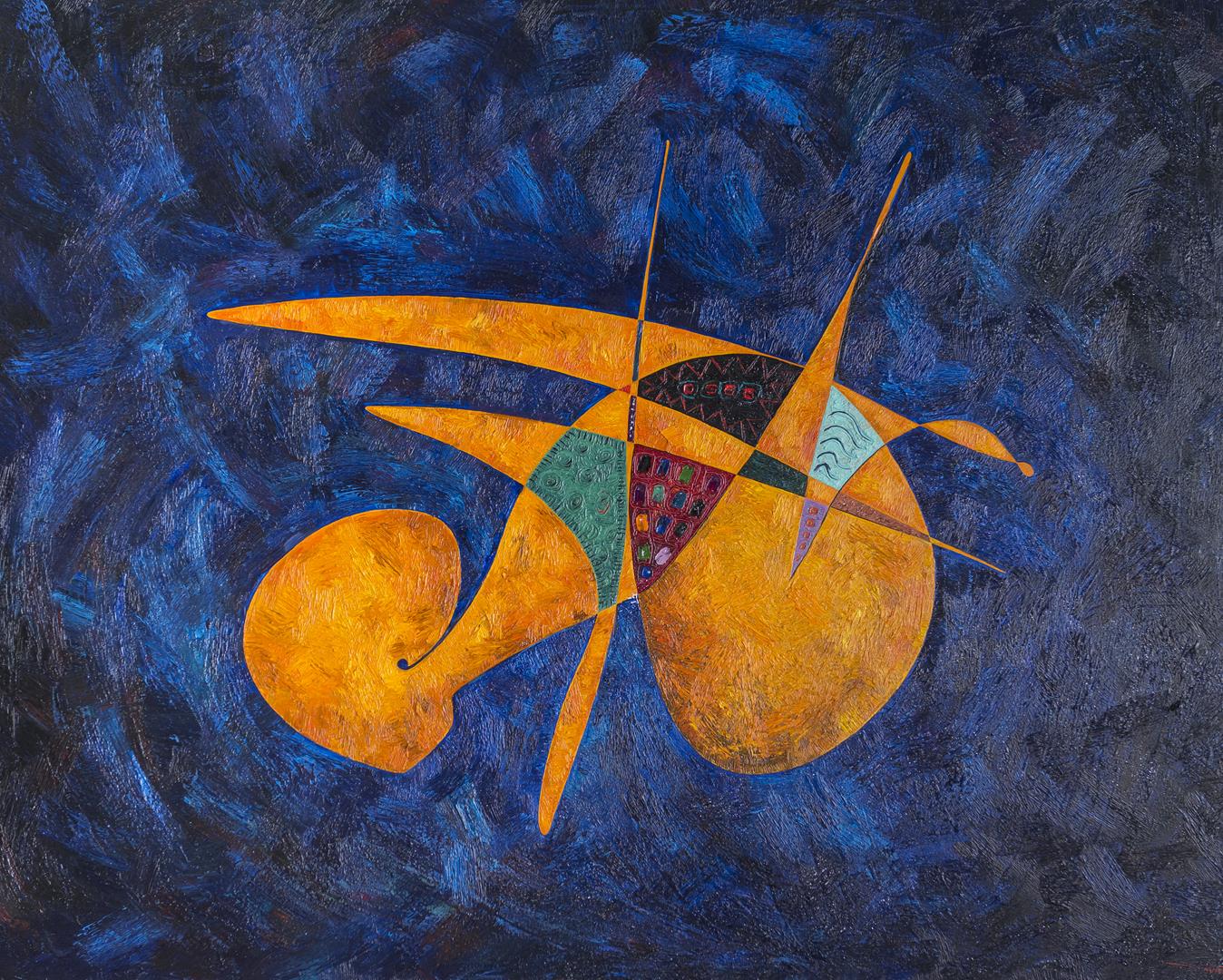 Hadhrat Umm Kulthum, however, braced herself up and did not let the sadness and sorrow affect her negatively. She took care of the household and her little sister Fatima (Radi-allahu-anha) in a very mature manner. She lived happily for 6 years but the marriage remained childless. She passed away in year 09 AH in the month of Shaban (630CE), at the age of 29. She was laid to rest next to the grave of her sister, Hadhrat Ruqayyah (Radi-allahu-anha).

Her life teaches us to be steadfast in faith and act maturely and patiently towards hardships in life. She took all her responsibilities with great care.

Umm Kulthum bint Muhammad by Gheorghe Virtosu portrays a harmonious composition. The abstract figure of Umm Kulthum is smaller on the left and larger on the right side. Despite the lack of uniformity in the shape of the figure, it is visually stable. Virtosu primarily uses curvy lines that follow a similar pattern to demonstrate the unity in the figure.

The use of a bright color and a dull background represents Umm Kulthum’s complex life. Her figure is painted in yellow, a primary color that draws the viewer to it. The navy blue background also serves a key role in setting the focal point on Umm Kulthum’s figure. The gestural brushstrokes express the painter’s emotion behind the painting that are loose and move in different directions to illustrate the passion and energy.

The painting expresses the complex life as a Muslim woman. Virtosu purposely uses dark background to illustrate the challenges that surrounded her. She endured the plight of women in a world where they had no rights.

The aspects portray Umm Kulthum’s resolve to remain strong and mature amid the turmoil she encountered. Virtosu's confidence is a feeling of self-assurance that is grounded in an authentic experience of our own ability, perspective and sufficiency. Only when the viewers understand Umm Kulthum’s story do they really connect with the painting and get Virtosu’s emotional motivation. 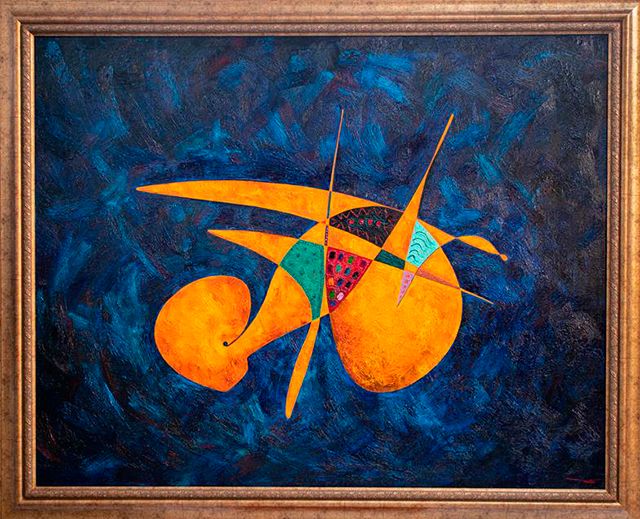 read more
In life, we commit ourselves and draw our own portrait, outside of which there is nothing. 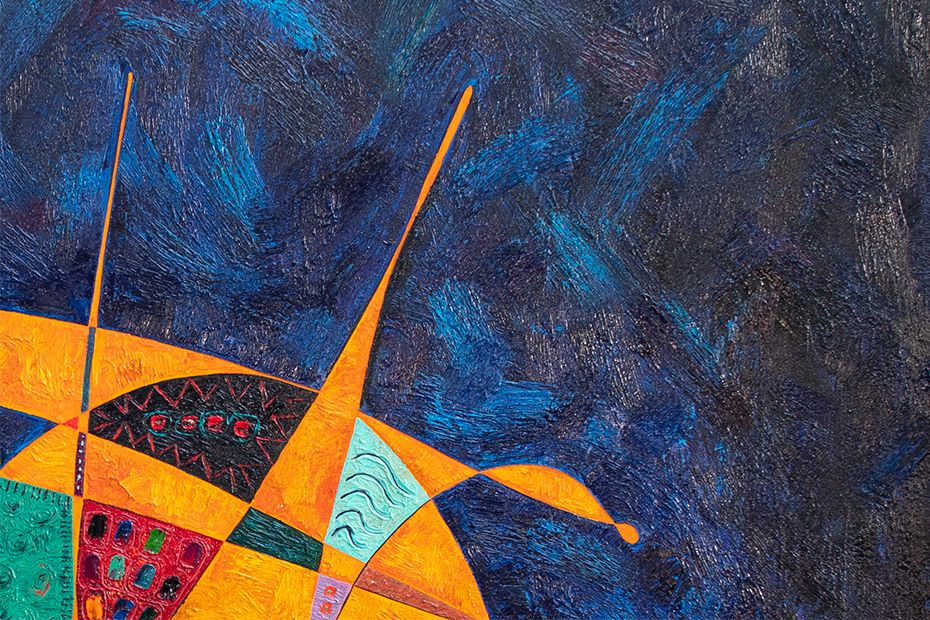 Each of them had a very bright identity and a complicated life story, shaping up the female role model for the entire Islamic world.