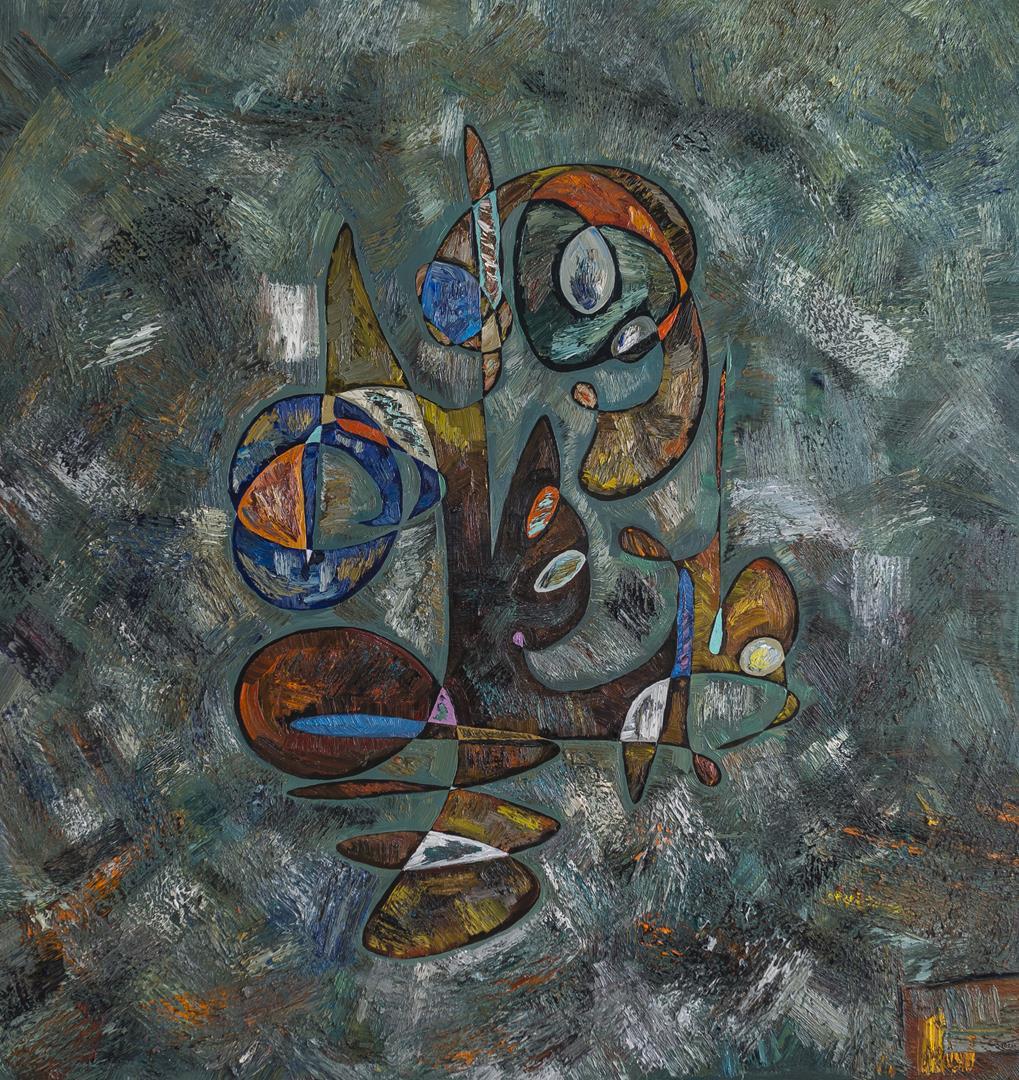 At once deeply individual and universally accessible, Virtosu’s symbolic abstraction in Great World Personalities Series has the ability to convey personal philosophies and emotions through non-representational form, that Robert Mcintosh, one of the celebrated critics of the twenty first century, hailes him as “the very best of the Semi Abstract painters.” Mahatma Gandhi ultimately allows Virtosu to connect with the great dramas of the world, while also allowing viewers to glean insight into his psyche. In meditating on his philosophy of art, Virtosu wrote: “Along with other contemporary movements, we slowly embrace social change with more understanding sentiments and hospitable tendency towards progress.”

"To celebrate what would have been Gandhi's 148th birthday on October 2nd, we celebrate the man who has inspired millions to follow his example and shake the world in a gentle way." - G. Virtosu.

Mahatma Gandhi 2017 is devoted to the life and spiritual heritage of Mahatma Gandhi, an incredible inspirer of the Indian struggle for independence. While leading nationwide campaigns to ease poverty, expand women’s rights, build religious and ethnic harmony and eliminate the injustices of the caste system, Gandhi supremely applied the principles of nonviolent civil disobedience, playing a key role in freeing India from foreign domination. He was often imprisoned for his actions, sometimes for years, but he accomplished his aim in 1947, when India gained its independence from Britain.

At once lyrical and unruly, meditative and demanding, the compelling abstraction of Mahatma Gandhi draws viewers in towards a consideration of the fundamental qualities of the human condition. Despite the work' historically specific allusion to India, Virtosu wanted to create an art that would deal with the universal rather than the specific, yet be charged with intuitive feeling; that would be true to its medium, be quintessentially what it was physically, yet also evoke powerful reverberations beyond its mere physical appearance. Unencumbered by figuration, Mahatma Gandhi communicates feeling through the universal language of gesture. There is a palpable physicality to the present work; viewers can sense the movement of paint across its surface—its flicks, its accumulations, and its layering. To further reduce Mahatma Gandhi to a basic pictorial language, Virtosu employs the simplest combination of colors. Achieving an extraordinary embodiment of intense, undeniable poignancy through a basic pictorial language of color and abstract form, Mahatma Gandhi stands as a lasting testament to Virtosu’s profound achievements in abstraction.