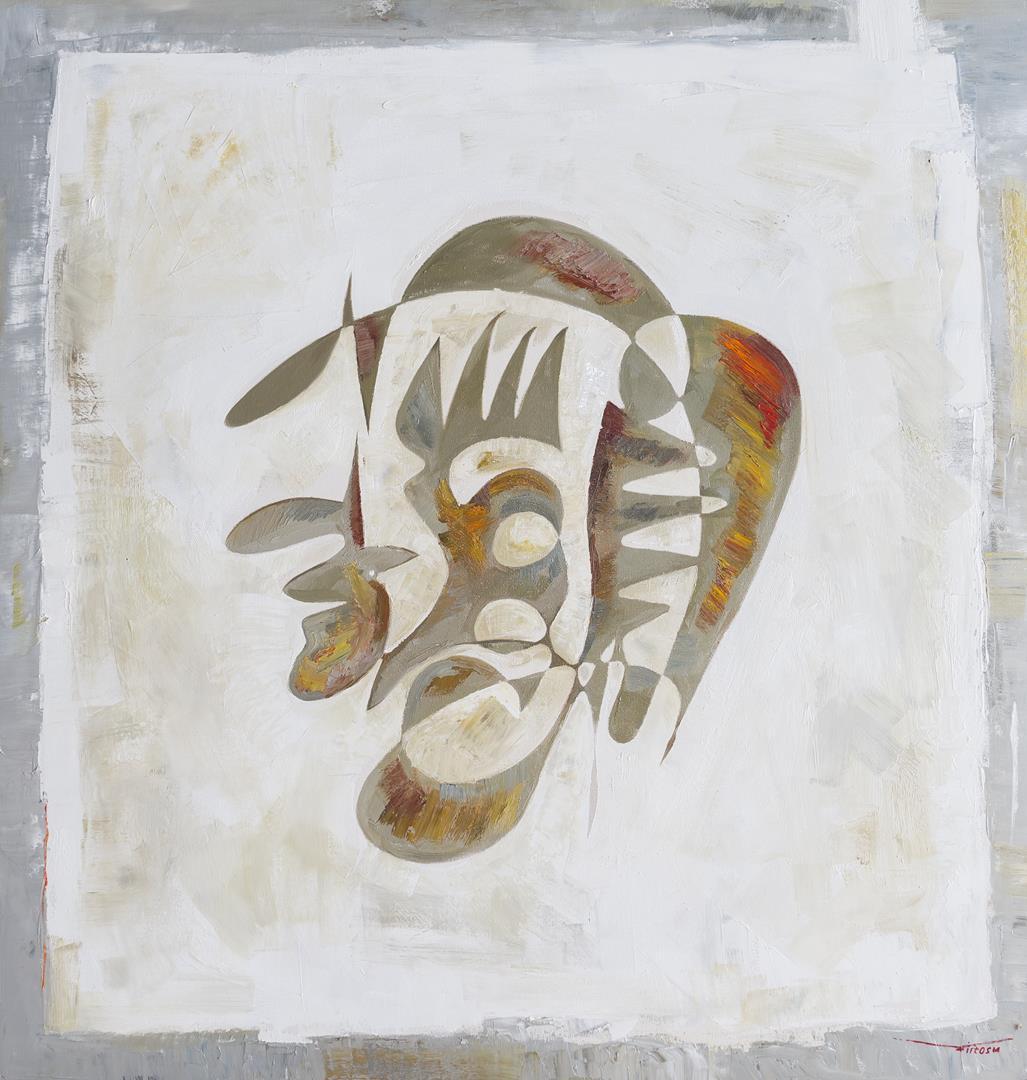 What would be of History without images? Or, what would be of imagination without History? Both are inexhaustible sources, but the big difference lies in that one of them is constructed based on reality and the other thrives from inspiration. In any case, this combination has generated amazing works and artistic motifs. Virtosu gave the world a masterpiece that embodies one of the most extraordinary presidents in American history.

The paintings that Virtosu created since 2010 reveal an artist who shows no restraint. He immersed himself in them, abandoning cognizance, rationality, and objectivity. Direct and immediate, they are the work of an artist using his failing strength and strong emotion to express his intellect and his anger, as well as the joy he derived from the very act of creation.

Vibrating with a thrilling motion, the painting evades a fixed image, instead creating a pictorial realm where physiognomy merges with the material application of paint to defiantly challenge the strict formal organization of Modernist painting. The self-evident emotional investment of the artist, as well as his desire to collapse the barriers between figuration and abstraction, ties Virtosu inextricably to the Grand Abstract masters. The bright surface of white-gold paint creates a rich facture across which John Fitzgerald Kennedy comes to life. The visage takes shape in brushstrokes of olive greay, brown, umber and yellow.

As we look at the image, we see a head, the left profile, nose and lips, the coiffure, however, has no eyes. The artist depicts him blind as directly connected to Kennedy not foreseeing his faith. Inside the head, there is another head, this time looking right, with a surmounted crest as The Roman commanders' helmets had. It expresses the inner side of the President. On the right side of it, we can see a man with his arms and legs facing right. The arms are caught in a mass that forms the illusionary backside hair, in what instance the artist works on depicting "the political elite". Now as we have more insights on the image, we can easily see the man is stuck in between the Roman style character and the political elite that drove him to his peril, visualized by the lasso just where the neck is.

Invoking specific visual reference within the artist’s signature, idiosyncratic brushwork, John Fitzgerald Kennedy combines the aesthetic realms of painting and history in a powerful invocation of its particular historical moment. Provocative in its immediacy, purity, and radical candor, the piece bristles with an unrivaled vigor and a clear painterly ingenuity. An exquisite paradigm of Virtosu’s late style, the present work belongs to the artist’s stunning series of twenty 'Great World Personalities' paintings, executed between 2010 and 2017.

Interweaving the opposing forces and themes of construction and destruction, possibility and impossibility, abstraction and figuration, Virtosu mines both the history of art and his visionary imagination to create a modern-day fresco that combines history, time, sound, and space within the two-dimensional picture plane.