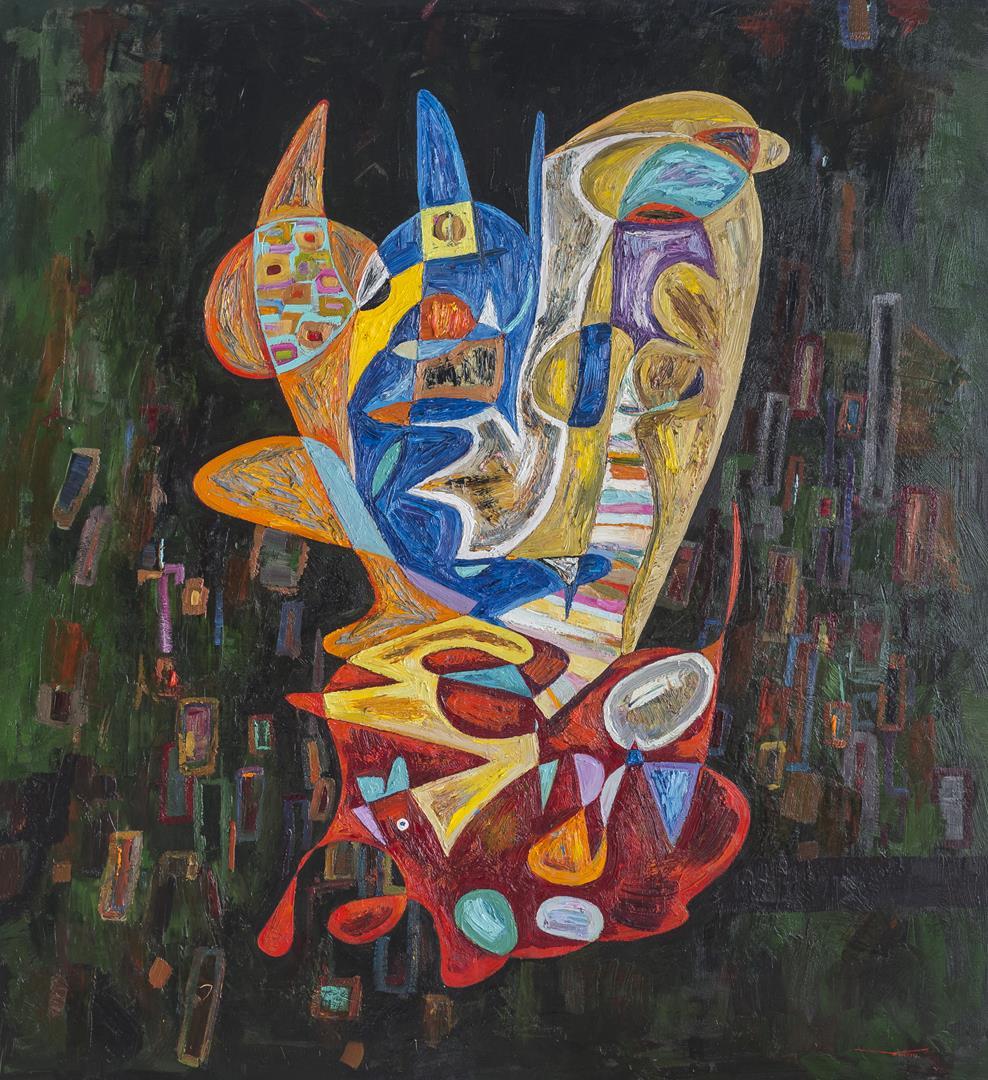 Exceeding the confines of a vast canvas through its spectacular assault of unrestrained expression and brilliant color, India In Transition from 2017 encapsulates the full force of Gheorghe Virtosu’s abstract vernacular. Everyone can appreciate a piece of artwork because it speaks to each individual in unique ways—therein lies the criticism of subjectivity.

The burden of depicting a vibrant and controversial nation is not an easy one, but Virtosu attempts to take on this daunting challenge nonetheless. India In Transition by Gheorghe Virtosu, creates a clear division by highlighting a singular entity in the bottom half and a plethora of visual on the top. The red figure seen at the bottom of the painting is an elephant – one of the nation’s most important animals, tied closely with their culture and mythology. The elephant is a historically important animal as well, used for centuries by kings as a mode of transport and rarely as a beast of burden. The noble and sturdy animal is fittingly used in this piece in order to depict the sure, but steady progress being made by the nation.

The elephant is seen carrying a multitude of abstract forms and these symbolize the collective representation of the hopes, dreams, and values of India. The artist is attempting to claim that the nation is steadily transitioning from one era to another, and although this progress is measured and sluggish, the strength of the elephant is enough to carry the nation forward into the next era. The use of the elephant as the mode of transport perfectly represents the persisting values of the people in the nation, while the march forward depicts the reluctant need to match the pace of the outside world.

At once it is chaos, and at the same time a simple embrace of the loss of boundaries at the portal to new understanding.

read more
At once it is chaos, and at the same time a simple embrace of the loss of boundaries at the portal to new understanding.

History Is A Continuous Movement. An Interview with Gheorghe Virtosu