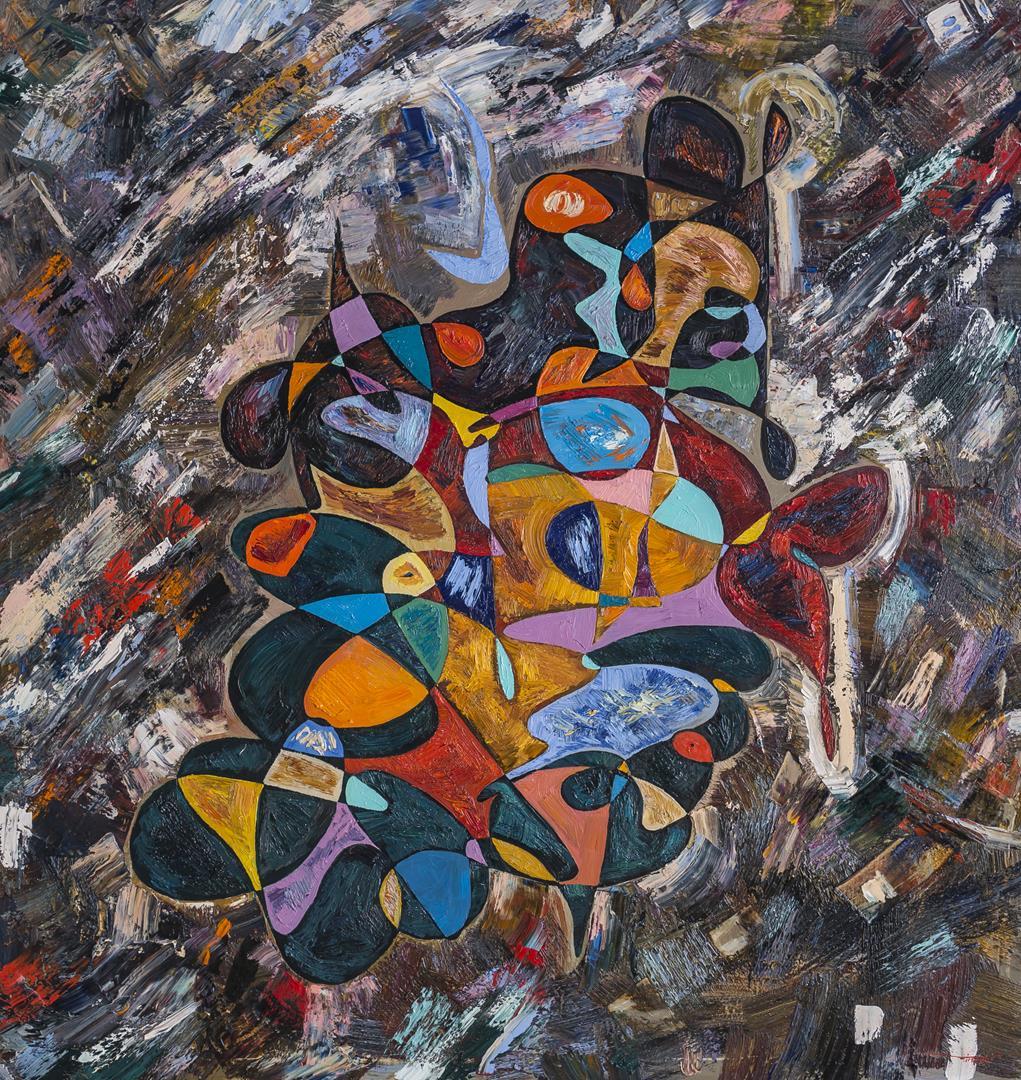 Death is one of the keys in themes in the world culture. Since the ancient times' art was used to capture the images of people who are gone - in masks and portraits. From this point of view, art is the mediator between physical and metaphysical, it’s the way we can overcome our mortality. And the superstitious avoidance of the subject of death makes it specifically intriguing and repelling at the same time. Death is also a great ‘revealer,’ that exposes not only the role this or that person played during his / her lifetime but often makes the diagnosis to the society, considering its reaction to the passing of someone significant.

Violence can never be constructive, thus abstract art master Virtosu represents the theme through the creative strategy similar to the one Cubist painters used in creation of abstract painting - the deconstruction of form. Exceeding the confines of a vast canvas through its spectacular assault of unrestrained expression and brilliant color, Gaddafi Sentence by Gheorghe Virtosu encapsulates the full force of artist's abstract vernacular.

The syntax of the body is interrupted, as the artist sticks to the state of disarray. Unlike the Cubists, the author doesn’t apply rectangle shapes, preferring lurching wave-like forms, as if the substance has melted down and expanded over the surface. Curves are more natural for depicting flesh - the flesh that is becoming flatness without the support of life. Despite being still visible, it gradually starts merging with the surrounding shambles of the sweeping brush traces of exactly the same colors as the figures themselves. The equal intensity of the figures and the background loosens the force, which gravitates forms to each other. The unreached painterly equilibrium causes the grim effect - the sense of decay.

As the lower part of the figure can be related to Muammar Gaddafi's death, the artist envisions the head of a European Union leader watching Gaddafi. Who that may be?...

Being in concert with the fact of death's all-consuming nature, we must see Virtosu's figure as an elaborate if coloristic death mask. The reds around the eyes then become the subject's blood, the position of the head now becoming a lifeless languidity and the background the refuse of the drainage pipe in which Muammar Gaddafi was discovered.

A confluence of magnificence and degradation, of power and the ultimate lack of power, of cruelty and humanity, and of man and myth typify the artist's oil painting and thus it contains within its painterly code all sides of the Libyan's hotly contested legacy. 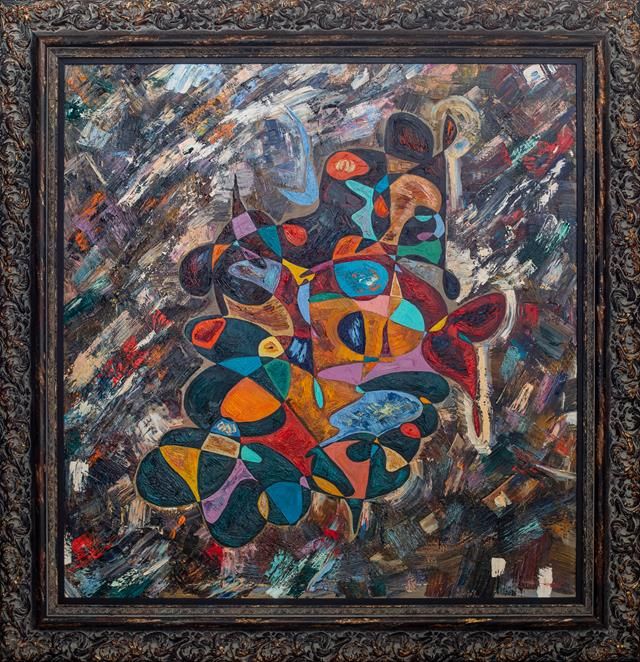 The art i create holds a fully blown reaction to all the outrageous things I witnessed, but I couldn’t do anything to change or make better.

read more
The art i create holds a fully blown reaction to all the outrageous things I witnessed, but I couldn’t do anything to change or make better. 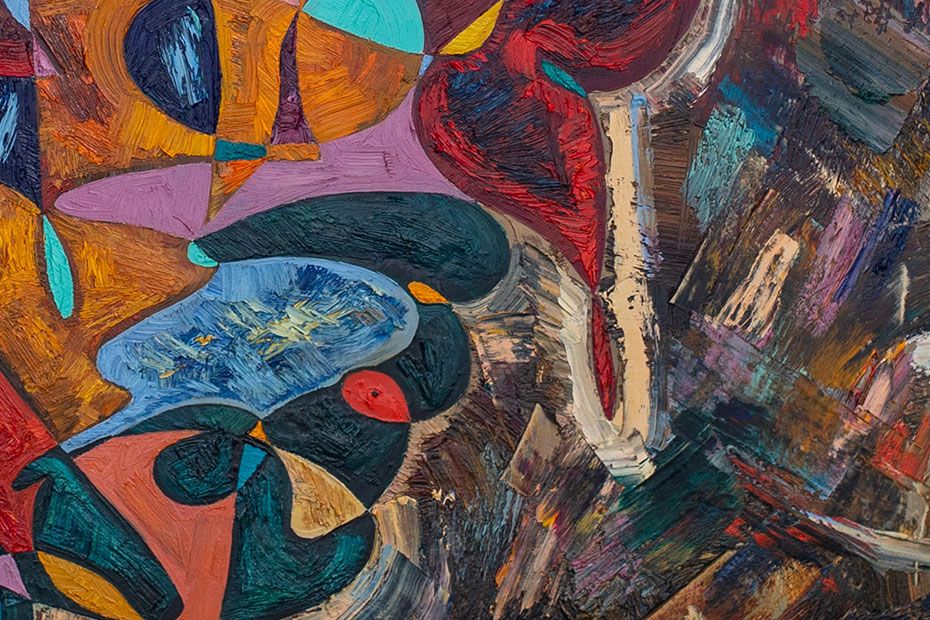 The unreached painterly equilibrium causes the grim effect - the sense of decay.