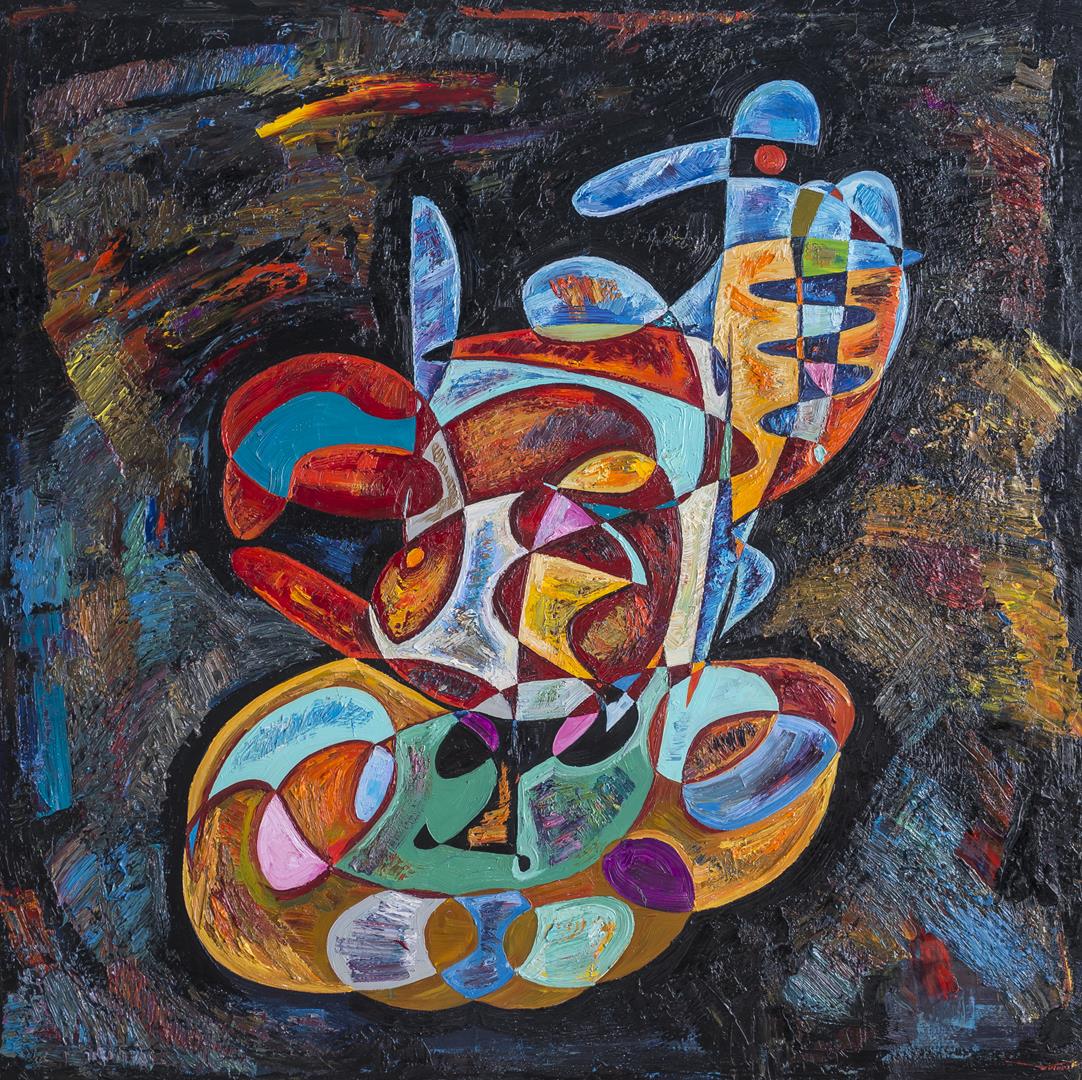 Included in Virtosu's partially abstract painting is a stylised rendering of a boy wearing a baseball cap with its visor turned backward, upon which the entire picture hinges. The boy, facing out of the pictorial world into ours, looks to the present instant of our consumption of the picture but also, in contradistinction to the rearward visor which indicates retrospection of the past, he looks to a future that promises much yet is uncertain. The boy's gaze and the spectator's gaze meet and thereby sets up a political relation that is questioning and demonstrative in equal measure. In this child, we decry the motivation behind the establishment of a stable political order and also the potential for prosperity and the improvement of the European Union institutions.

Done in the recognizable artist’s style, defined by curved, swelling lines, intensive tints and accentuated painting surface, the work becomes even more roundish, as the number of acute angles is reduced to the minimum. The various irregular oval-shaped figures and bright colors (sunny yellow, sanguine red) make the whole composition look like a bunch of balloons - one of the symbols of childhood. One can even notice the figure at top of the oil painting, which reminds a boy wearing a cap backward. Childhood is the age of optimism - both because of the light-hearted naivety, and openness to the world. Balloons are also the embodiment of temporality and delusion, as the joy of having a balloon lasts till it bursts or deflates. Similarly, the illusion of wellness will crash into the first real troubles. And suggesting us such indirect associations, the artist questions, whether the European Union optimism is the adequate reaction to the situation or the sign of the evolving crisis?

Another dualistic aspect of the featured abstract painting is the active usage of blue. On one hand, blue is the symbol of hope and serenity, on another, it is the color of depression (for instance, the common expression for the state of sadness is “to feel blue”). This ideally matches the double-edged nature of optimism - the weapon we can use to empower ourselves and motivate to move further, or to create the shield from the reality. The latter is a short-lasting privilege, as every ivory tower unavoidably gets demolished.