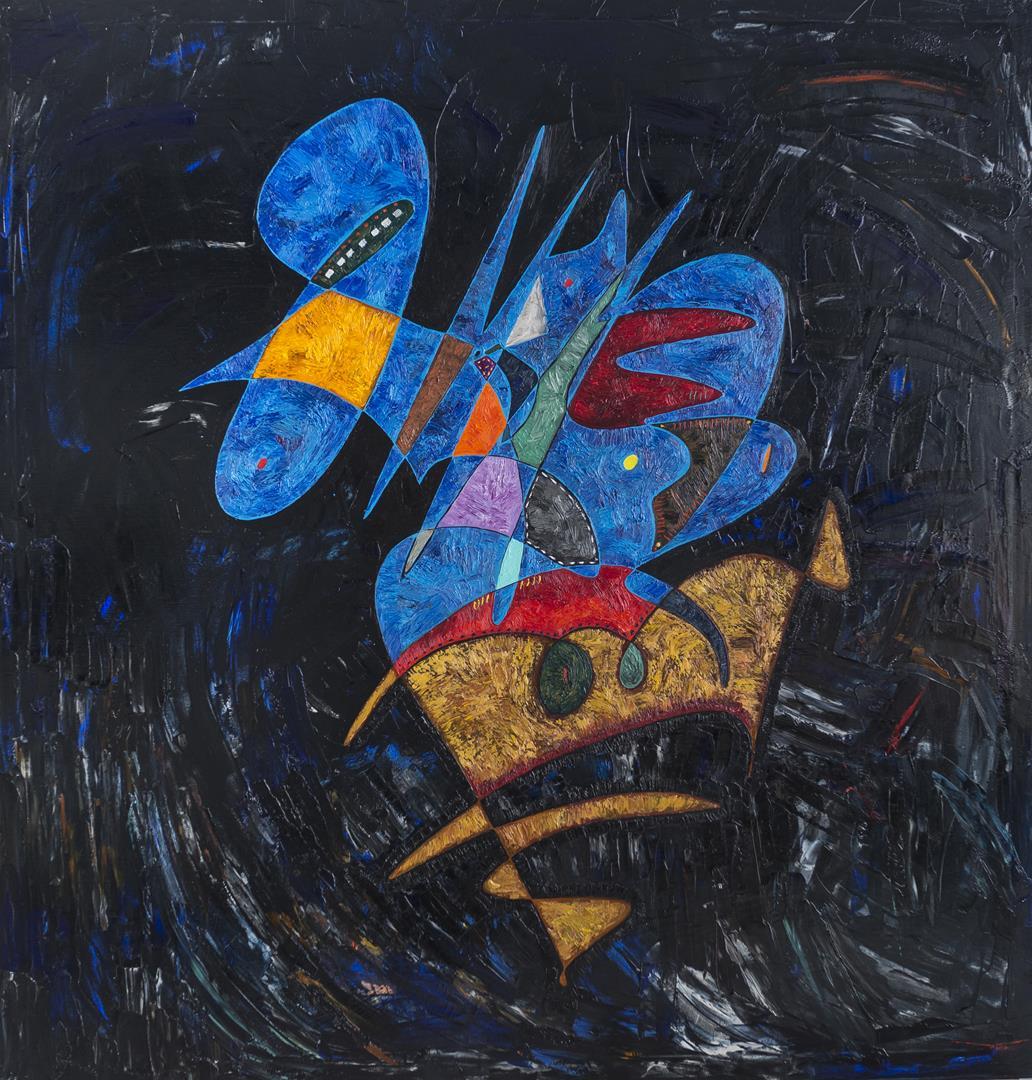 Although highly abstract in its composition, Crown Holder by Gheorghe Virtosu suggests references to figurative elements in a surrealist manner. Reminiscent of the works of peers like Picasso and Kandiski, Virtosu forged a lexicon of extraordinary vision, marks and shapes that are wholly his own. A great richness of invention appears in Virtosu’s structures, in which the special arrangement of the elements produces that characteristic, and finally appealing vibration. For here everything contributes to the kinetic form (la plastique cinétique), a term of which he is in fact the inventor.

"To be a king and wear a crown is a thing more glorious to them that see it than it is pleasant to them that bear it." - Queen Elizabeth I

There is the intimation in Crown Holder (2017) by the golden color and the rudimentary and suggestive shape a diadem that is the visual basis for a manifold riot of colors, of blues, reds, and yellows. This seeming effluxion of color from the crown can signify the splendor of a social and political position of eminence and calls to us associations of the pageantry of a royal progress or the concomitant riches of real, as well as theatricalized power.

Yet also, the top-heavy form of the figure tells us of a weight or expectation, of the political responsibilities of the wielding of such power. The lean of the superstructural form to our left in the picture space reminds us of both the fragility of the position of power and perhaps of the historical anachronism of the investiture of power that affords primacy to one over all others – just as individual monarchs or rulers are liable to fall, so too, monarchy itself can and does topple, as the contemporary 's artist figure lists precariously.

Connoted here also in the relationship between the form of the crown and its superstructure is the idea of lineage. In this context, the crown or the possessor of power is not a foundation but an offshoot or scion of the luminous structure above it. Such associations are conjured by the artist as pedigree and dynastic entitlement grounded in the legitimation of hereditary offices and rights.

From the multi-colored upper forms a literal and familial descent is involved, the vivid coloration perhaps then being the tissue of mythical and historical events – a living history enlivened by its transmission through the ages – that weighs heavily upon the regnant.

However, contained within the structural signification of the abstract painting is an inversion of this situation: if we alternatively see the superstructure as just that – an emission from the crown, we can view futurity instead of the past.

Virtosu incorporates here the present as the inheritor of a linear past and as the prime mover that crafts the future in the frozen instant of the painted canvas. This formal approach to the emotional side of human nature are evident in several works by Virtosu, himself a quiet man in his life and work, though a pictorial poet of the highest order. 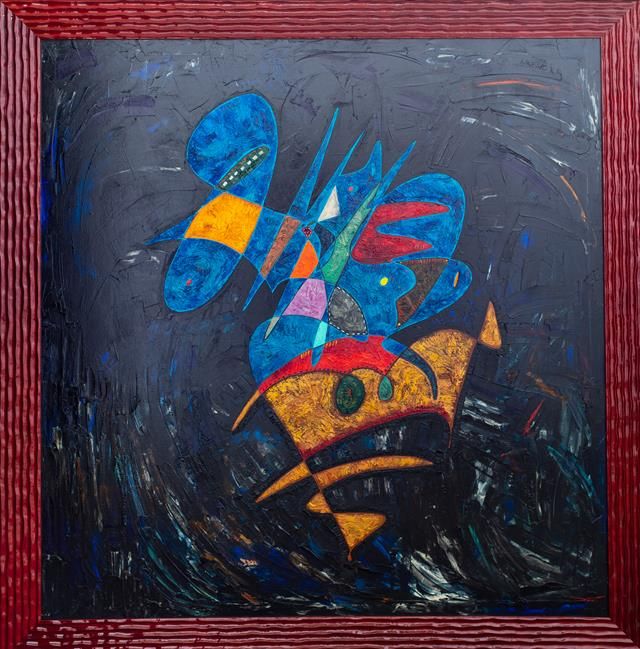 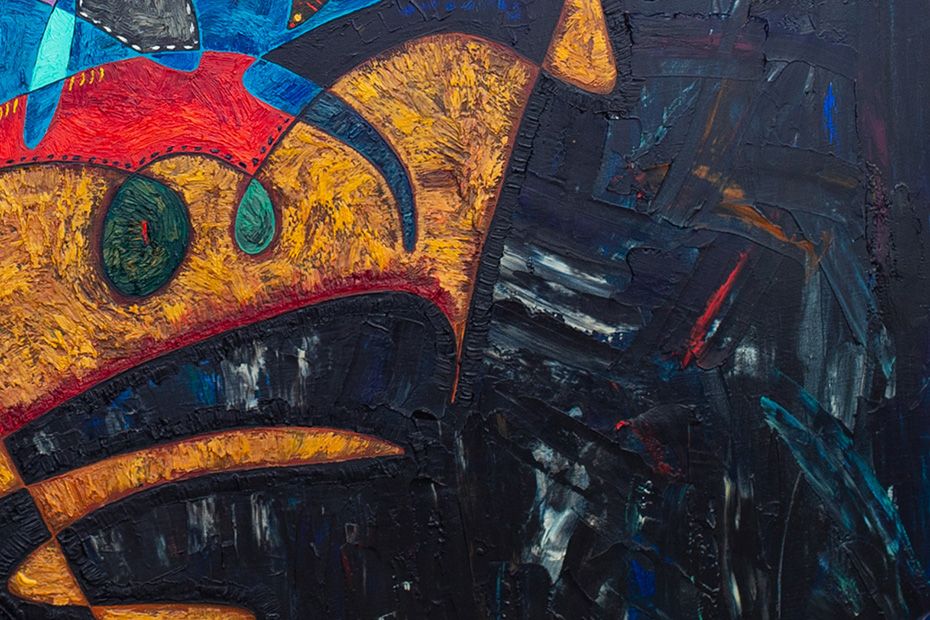 A lot of people want the crown, but they're not willing to bleed for it.