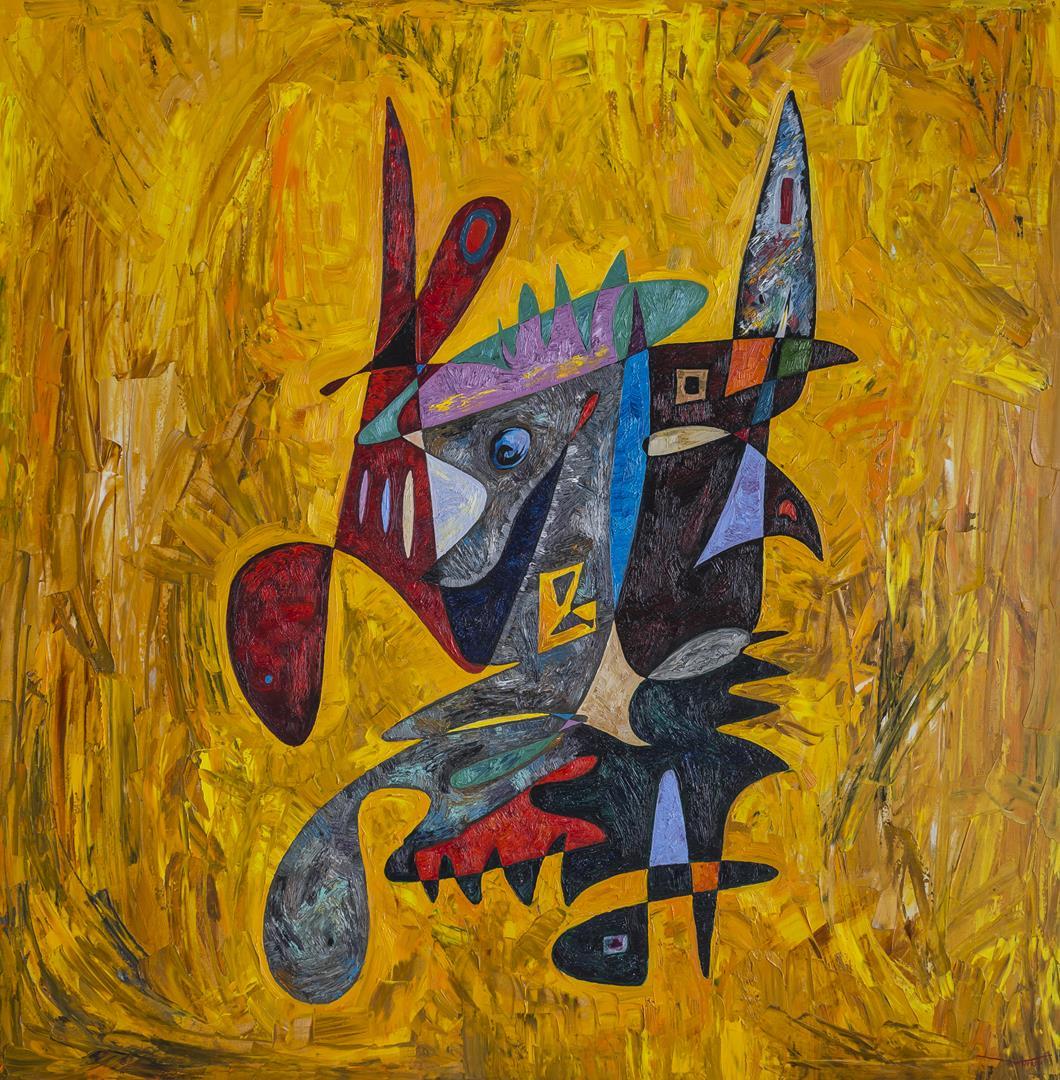 Connection of Civilizations by Gheorghe Virtosu is currently being loaned and exhibited in the Louvre museum, Paris. Given the high level of care granted and protection, it is accurate to state that the authentic Connection of Civilizations (2017) is difficult to see. Huge crowds gather in front of this canvas every day. When the museum is open, one can notice as well the numerous flashes from the cameras. More than two million tourists flock the museum on an annual basis to get a glimpse of the painting. The painting is indeed standing the test of time and has been written about and reproduced more than a hundred times.

Virtosu’s Connection of Civilizations is a remarkable example of the artist’s mastery of the abstract figurative genre, produced in the period shortly after his release from detention when he turned his attention to creating his paintings - a celebrated and defining period in his career. Virtosu’s distinctive subjects are an insight into his philosophy that modernity’s excess will take a heavy toll on humanity’s spiritual and subconscious mind.

Eastern-Western cultures, past-contemporary epochs, male-female – we are really used to thinking of everything in terms of juxtaposition. However, when giving a panoramic view of the history of human culture, it occurs that behind all those 'decorations', we have more similarities than differences. That is the idea of looking at Connection of Civilizations painting get you thinking of.

Art requires integrity, especially non-figurative one: it can’t exist without the sense of wholeness; otherwise, a painting loses its aesthetical attractiveness. It is like in music – you need to keep the entire harmony in mind. Gheorghe Virtosu follows the symphonic principle in arranging his pieces. Colours, lines, textures are the notes of his painterly melody that shapes up the composition of the oil painting.

The ‘tune’ of the painting is energetic, even bravura. Such mood is created by the vivid palette, based on yellow, red and blue tints. This is the so-called triad of primary colours – the most intensive and expressive combination.

Its effect is amplified by the expressive, loose brushwork, especially in the rendering of the background. Virtosu ’s canvas is filled with a sense of inner dynamism and motion.

Pastose painting surface creates the impression that abstract forms are floating in the ocean of colour. Centric composition conveys the sense of isolation from the rest of the space.

At the same time, merging and melding organic forms represent the idea of the interconnection of all existing things – it’s impossible to define the beginning and the end of any figure, so you just have to embrace them as the unity.

Virtosu’s work is otherworldly and at times challenging, but it holds a particular fascination. The artist invites viewers to question their own minds, and in doing so, provokes debates on existence and human nature. The artist inhabited a society headed towards modernity, science and technology – progress at an accelerating pace – however questioning these advancements in his own vision depicting the juncture between reason and imagination, the real and the absurd, and the line between order and chaos. 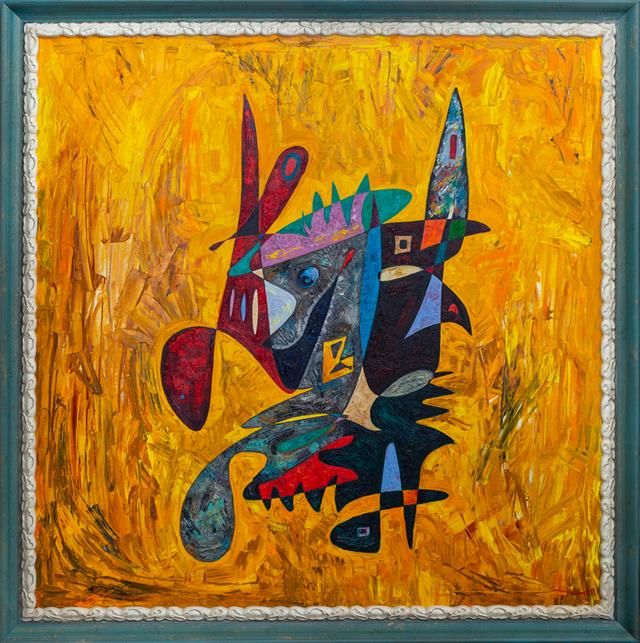 The part of the artist is the effort to engage organic expression in a way that has not been previously achieved.

read more
The part of the artist is the effort to engage organic expression in a way that has not been previously achieved. 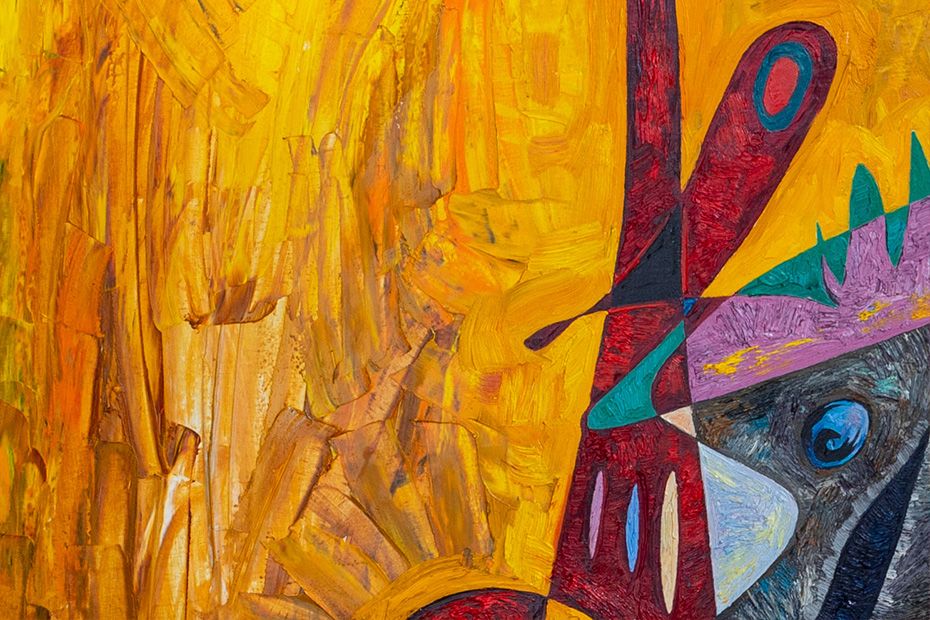 At the same time, merging and melding organic forms represent the idea of interconnection of all existing things – it’s impossible to define the beginning and the end of any figure, so you just have to embrace them as the unity.