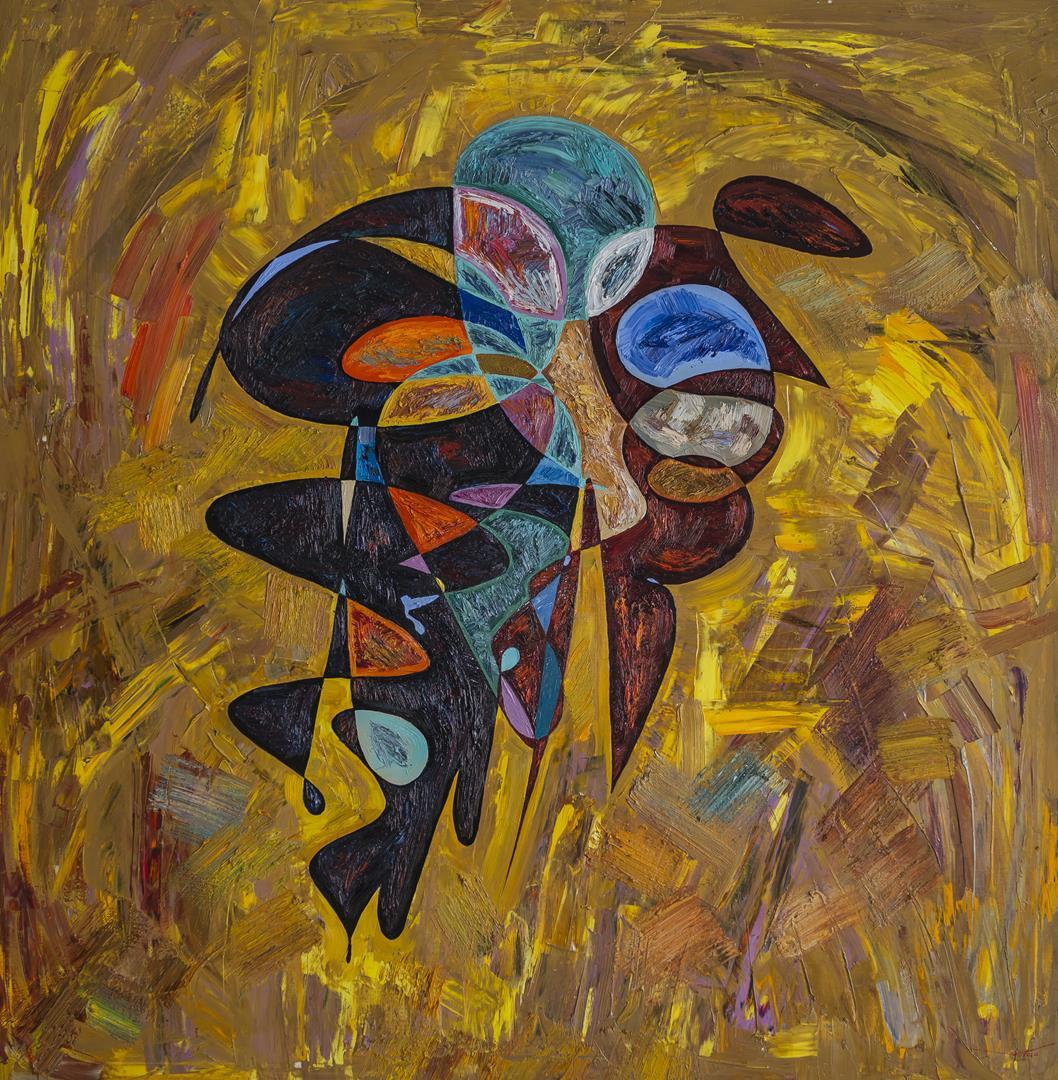 Unlike many, the contemporary artist doesn't want his pieces to be the Kantian' things-in-itself.' Being the follower of non-figurative art, he still keeps the narration as an essential part of his abstract creations, introducing it through the speaking titles and 'epigraphs' to the works. While relishing the artistic qualities of the abstract painting, the author at least partly submits it to the general concept that frequently touches upon the subjects of personal or social matter. This painting's many evanescent forms and colors overlapping and intersecting could be a visual rendering of the many aspects of Tony Blair and perhaps of his deceit.

"Envisioning and capturing work on canvas is not where it lies dormant and static: it is a place where the expression becomes a community and continues to expand. In this natural form, art can only exist if it is authentic. The part of the artist is the effort to engage organic expression in a way that has not been previously achieved." - G. Virtosu.

The central figure of the spectral 'genius' or Spirit that seems to overarch both the dark figure on the left which is a more fully formed – if distorted – standing figure and the bust on the right whose gaze is directed out to the right of the painting visual space and whose mouth is open as if to orate. So, the darker left-hand figure can refer to the opaque political proceedings that led to the great deception over Iraq, and the unfulfilled promises of the Blairite ideology; and the right-hand bust to the insistence by Tony Blair's government upon self-presentation in the public sphere. The central specter, thus, perhaps encapsulating the emptiness felt by many who lived through Tony Blair years in Britain, a period of vacuous pontificating based upon an illusory vision, as its translucent coloring arches over both deceits on the left and the affectation of rationality that Tony Blair cultivated in public appearances on the right.

Gheorghe Virtosu's art hovers and is difficult to definitively pin down, the 'genius' figure lapses into the immateriality of a vaporous vision. From the dark figure of the abstract painting, we can see what appears to fall like a mask an impassive and maybe more rational face, falling from the face which, by its angularity of the narrow eye and the fulminating red of the mouth, reveals itself in wrath. Together, the falling mask and the face uncovered show the public pretension to diplomacy and the contrast with the real fact of Tony Blair's interventionist bellicosity and is reflected in his government's complicity in beguiling warmongering.

Finding The Freedom Of Expression