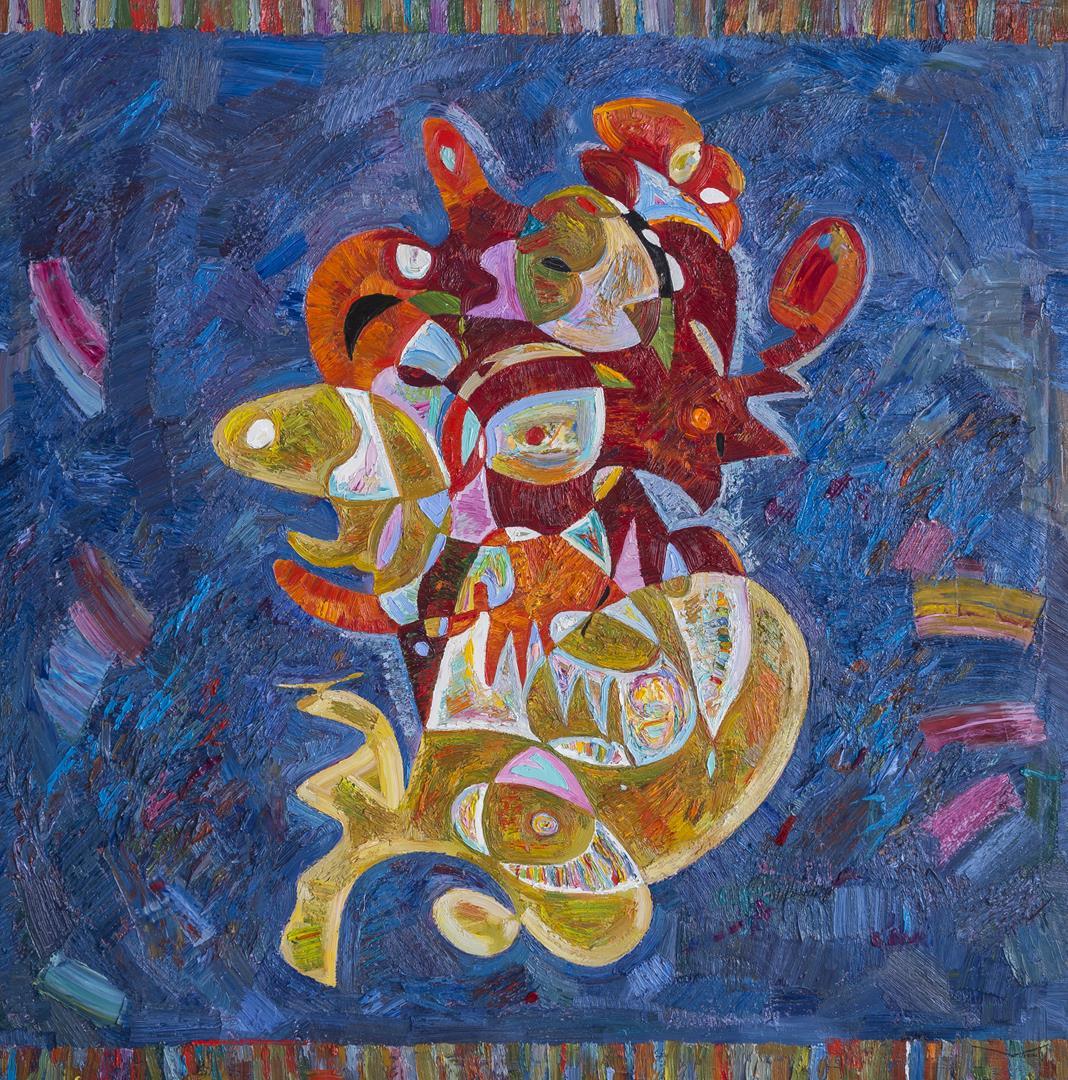 Baroness by Gheorghe Virtosu represents nothing less than the inescapable and incontrovertible apex of the artist’s mature output. Art is considered to be a subjective field, in which one composes and views artwork in unique ways that reflect one's expertise, knowledge, preference, and emotions. The aesthetic experience encompasses the relationship between the viewer and the art object. In terms of the artist, there is an emotional attachment that drives the focus of the artwork. An artist must be completely in-tune with the art object in order to enrich its own creation. As the piece of artwork progresses throughout the creative process, so does the artist. Both grow and change to acquire new significance. If the artist is too emotionally attached or lacking psychological compatibility with a work of art, then this will negatively impact the finished product. According to Bosanquet (1892), the"aesthetic attitude" is important in seeing art as it allows one to consider an object with prepared interest to see what it suggests. However, art does not evoke an aesthetic encounter unless the viewer is willing and open to it. However compelling the thing is, it is up to the beholder to allow the existence of such an experience.

"My art having been born in difficult circumstances while I was in detention, was initially set out to prove that people can tame time and they can make it pass in their favor: Creation is the opposite of destruction, and therefore my work was meant to counteract the corrosive process of one wasting themselves away in isolation. With each work, I felt I was one step closer to successfully proving that point." - G. Virtosu.

For the Baroness art work or the subject matter, Gheorghe Virtosu applies primarily dull tinges of warm colors, which arepredominately red, orange, and yellow. Apart from this, there are cool blue and pink hues, along with neutral the black and white ones, but they are rather scarce. The lines are prevalently bold, which distinguishes the subject matter from the background and adds a shape to the figures. At times, the artist paints round shapes, but generally the abstract art piece has angular contours, which adds harshness to the painting. Overall, the abstract painting is balanced, since both sides of the picture are symmetrical.

The title of the abstract painting suggests that it is dedicated to either a real or fictional baroness. In Baroness, one can notice multifarious creatures, which constitute a single unity. It is hard to discern a woman’s silhouette in the artwork, unless you take time to analyze the figure from diverse angles. Or maybe, the artist have delineated a baroness’s inner world, referring to the symbolic meanings.

The psychology of art can be a criticized field for numerous reasons. Art is not considered a science, so research can be scrutinized for its accuracy and relativity. There is also a great deal of criticism about art research as psychology because it can be considered subjective rather than objective. It embodies the artist's emotions in an observable manner, and the audience interprets the artwork in multiple ways. The aims of an artist differ dramatically from the aims of a scientist. The scientist means to propose one outcome to a problem, whereas an artist means to give multiple interpretations of an object. The inspirations of an artist are fueled through his/her experiences, perceptions, and perspectives of the world art movements such as Expressionism are known for the artist's release of emotions, tension, pressure, and inner spiritual forces that are transcribed to external conditions. Art comes from within oneself, and it is expressed in the external world for the entertainment of others. Everyone can appreciate a piece of artwork because it speaks to each individual in unique ways—therein lies the criticism of subjectivity.