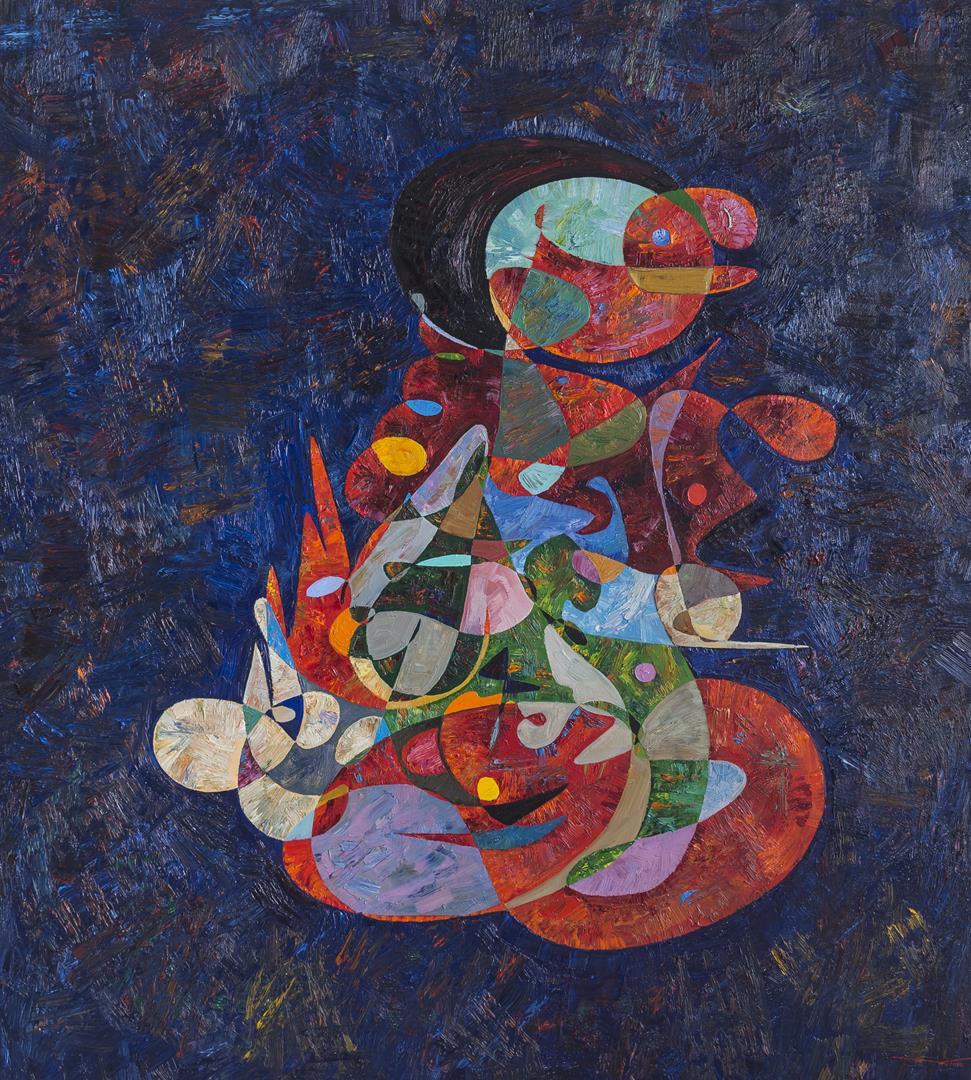 The leitmotifs of Virtosu’s thought have been clearly stated from the very beginning: faith versus skepticism; hope versus pessimism; engagement versus neutrality; self-determination versus fatalism; imaginative freedom versus ideology. In the Abandoned by Gheorghe Virtosu these dialectical binaries and the ramifications they have engendered take on a visual, and, beyond that, material reality: impersonal iconography versus delicacy of facture; veiled intimacy versus formality of presentation; austerity versus rich tactility; assertion of the image as object versus mistrust of the image as representation.

A stunning example of rich coloration and superb artistic prowess, Virtosu’s ingenious mastery at a critical moment of conceptual transition in his inimitable career. After being wrongfully accused Virtosu escapes from the law in an attempt to clear his name in 2014 making him a wanted person in European Union. For more than 5 years, Virtosu has continued to challenge, reinvent, and reshape the terms by which we define, understand, and experience painting as a contemporary medium in a culture saturated by new media. Following two decades as an acclaimed semi abstract painter, in the 2016, Virtosu explored a new frontier of abstraction, focusing his unique aesthetic and skill upon a series of vibrant canvases that reached new heights of innovation. Captivating in its dynamic juxtaposition of color, layers of space, and figuration making, the viewer boldly asserts Virtosu’s profound painterly virtuosity. Executed in 2016, the present work embodies the abstract lexicon that defined the breakthrough moment in Virtosu’s prodigious continuous career.

The background is primarily blue with black and miniscule brush strokes of orange and yellow. Commonly perceived as happy or hopeful colors, within the context of "Abandoned", they assume a menacing tone. We could have red as a sign of hit or communicability and blue, on the other hand, as a chilling and rather venomous symbol.

The composition of visual elements within is strong. The viewer can identify with the background a loud echo of abandonment, lament and fear which many have confronted, with all but a handful, being affected by it. The lighter colors, albeit hardly present, are the glimmer of our diminishing hope but not hopelessness. In the midst of a darkness which is squashing our very souls, we are hopping, however little, for the orange and the yellow to break out from their confined space and overwhelm the darkness.

"Since the earliest years of our lives are preverbal, everything depends on emotional interaction. Without someone to reflect our emotions and feelings, we as humans have no way of knowing who we are." - G. Virtosu.

While the centerpiece is colorful and bright, it is grotesque, having been transformed from human to a creature by the surrounding misery, and above all, its abandonment. This fundamental body of work bears witness to Virtosu’s increasing fascination with purposeful representation, impulse, and spontaneity within his medium. The peaks of impasto express Virtosu’s own acknowledgement of this instance of creative genesis.

In keeping with the interpretation, one may visualize the multicolored central figure as bloodied and internally in a state of turmoil and anguish. The figure’s very soul seems to be crushed and the inner being misplaced. The piece is the definitive mark of his artistic identity, captivating semi-abstract painting in its broad execution and indomitable spirit. The present work most brilliantly encapsulates Virtosu’s unparalleled ability to temper the feeling of abandonment with logical separation, setting the elements of the formula. Looking at, the viewer experiences the true innovation of Virtosu’s Abstract: the sensation that beneath the vivid pigment is a specific, transcendent something to be feared and known to the artist as the feel of being Abandoned. 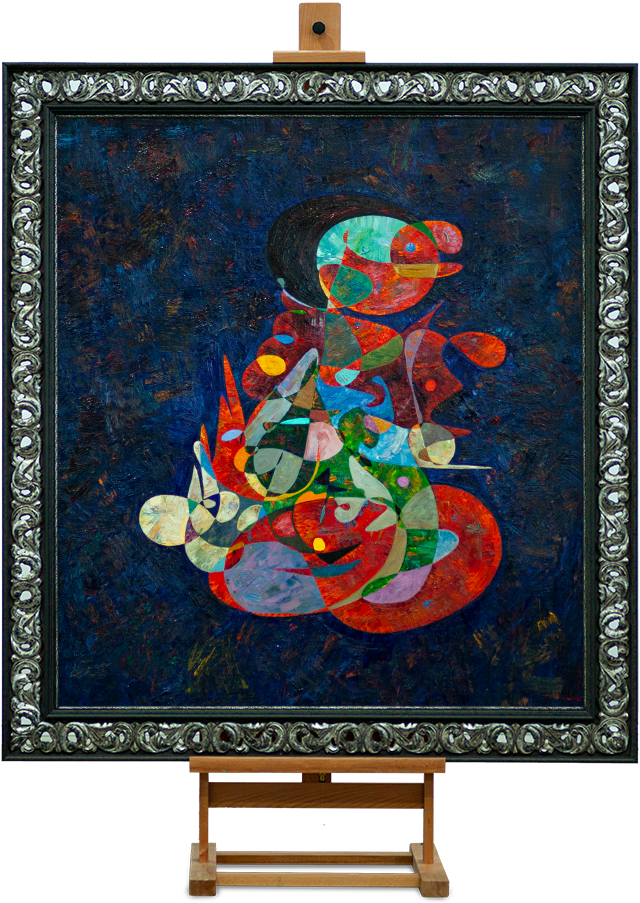 Commonly perceived as happy or hopeful colors, within the context of “Abandoned”, they assume a menacing tone.

read more
Commonly perceived as happy or hopeful colors, within the context of “Abandoned”, they assume a menacing tone. 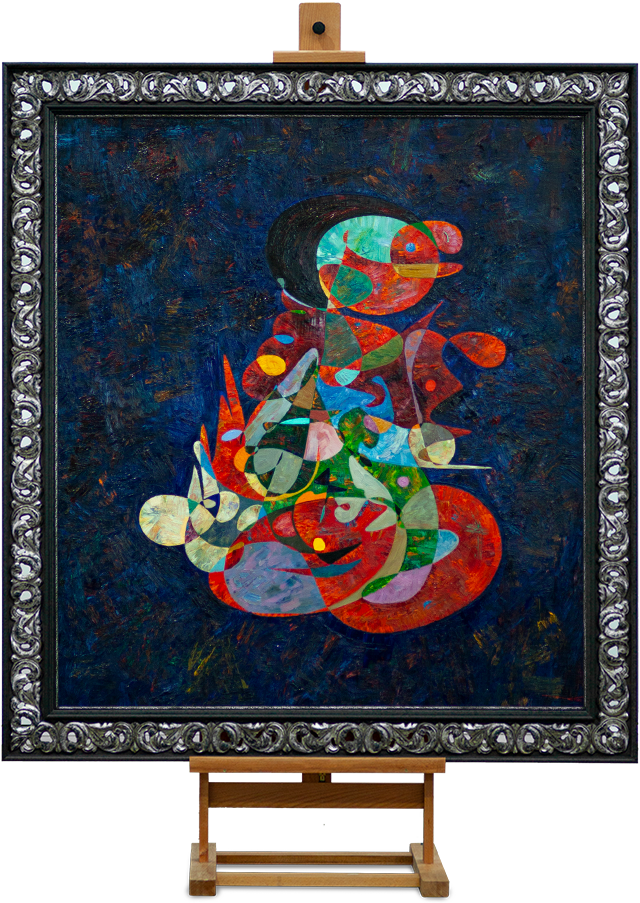 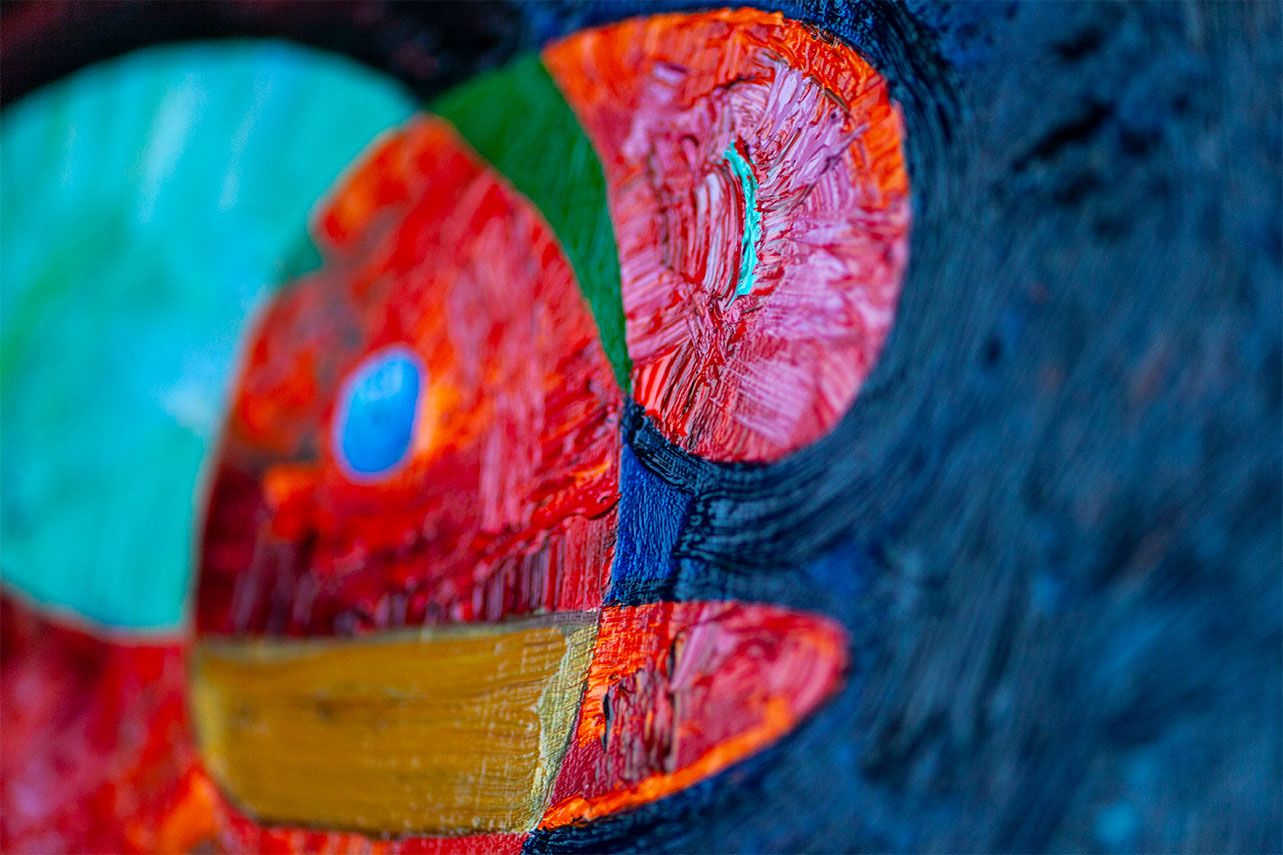 A dramatic period of his life that made him encounter Loneliness, Abuse, Guilt, and Abandonment.