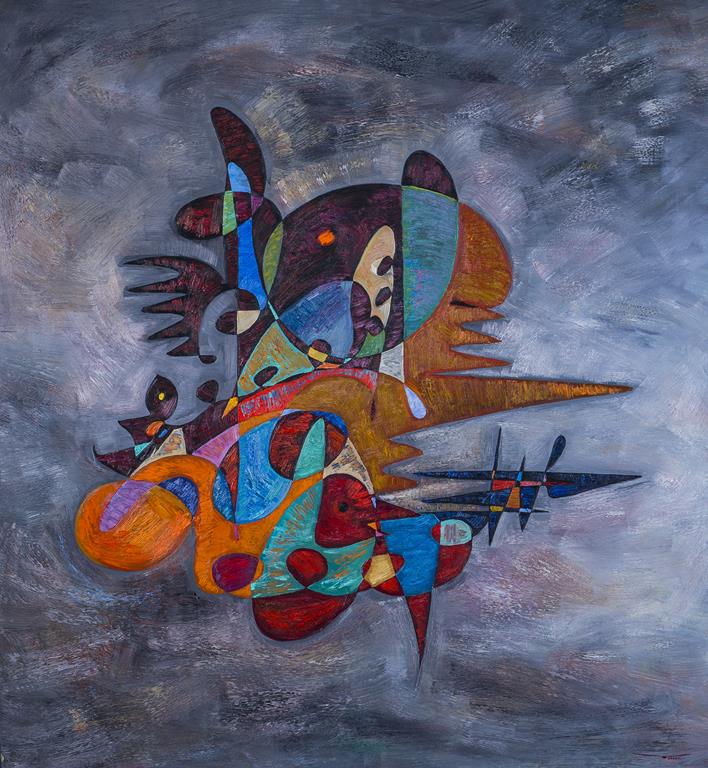 The plot of the picture is fabulous and symbolic, while the viewer searches to understands the details of the canvas, we all know the story of people of Palestine.

Palestinian civil society, has always shown a brave commitment to the national cause. This can be done only if these common roots and the past are well known, understood, and used to light the future. The future of a region which needs to use the dialogue between the leaders, the intellectuals, the public opinion and the international counterparts to climb the stairs of the evolution towards modernity. A region which has to be externally recognized as a legitimate player in the international political arena. A region which has to be encouraged first of all by the passion, the energy, the awareness and the education of its civil society.

Each line now is the actual experience with its own innate history. It does not illustrate—it is the sensation of its own realization. The imagery of Palestinian Spirit by Gheorghe Virtosu is one of the private or separate indulgences however it depicts an abstract totality of visual perception of a spirit of an entire nation.

The background of the work, especially at the top, left and bottom, become significant activity, and this along with the drift to the bright right, evokes the sensation that the centerpiece is facing the only light side of the background. The protrusions of dark shades as they rise across these surface being symbolic of the turmoil the Nation is facing.

The depiction has more power in describing the spirit rather than the physical representation or traits as most of viewers will focus on decoding the image. In general, Virtosu 's avant garde is much more cerebral than other abstract schools and movements. They need to be deciphered! Treat it like a puzzle and see if you can work out what the artist is aiming at. 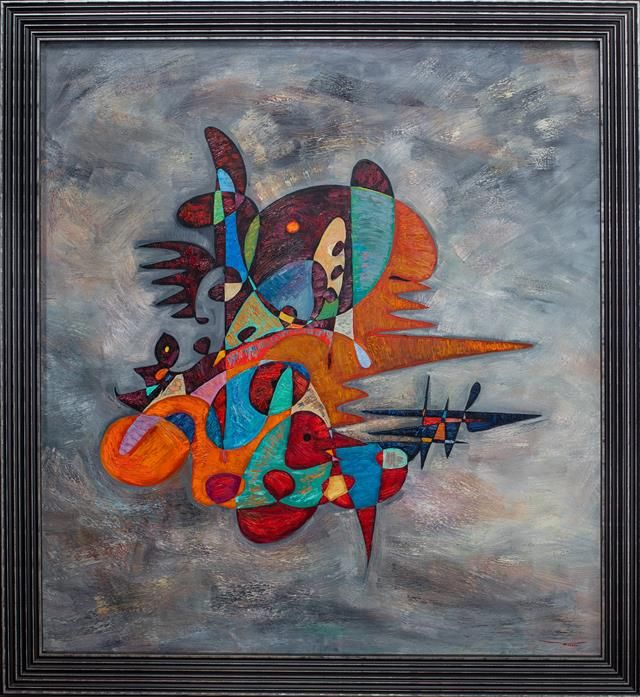 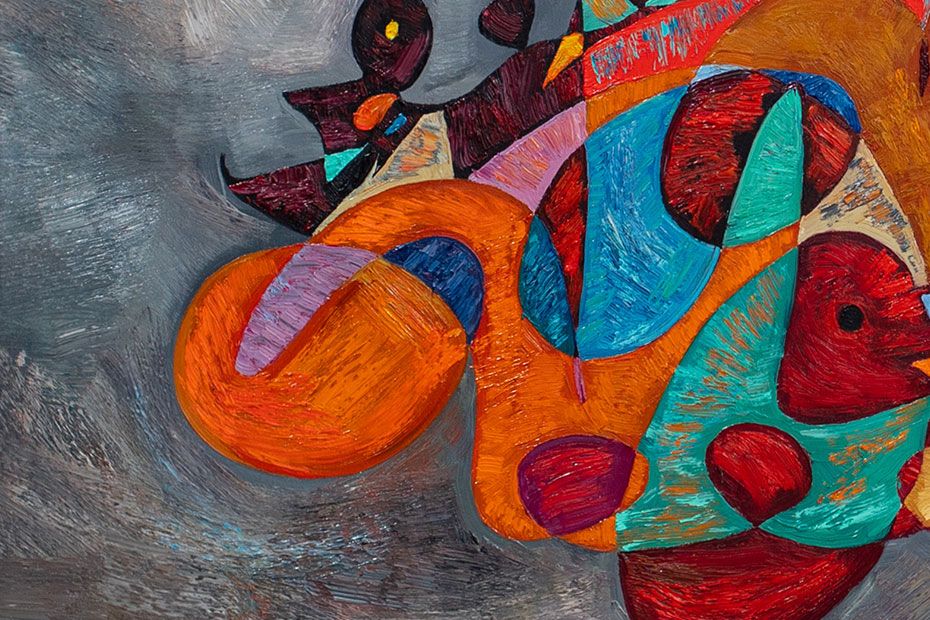