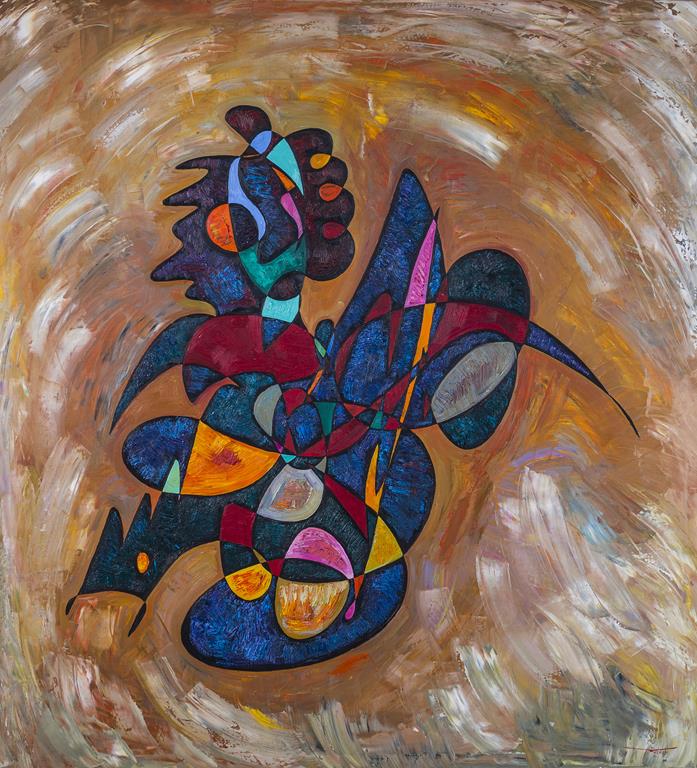 Looking at Virtosu’s painting, completed in 2016, we first glance an incredibly busy and complex arrangement of forms. The response to what we see is formed by a lifetime of knowledge and experience and the culture and time in which we live.

Most people say that you either loved or hated Margaret Thatcher. But the truth is that you could feel both ways about her, often at the same time. Margaret Thatcher was a stateswoman in the fullest sense of the word. She ended socialism in Britain and revived the British economy. She even won the Falklands war and radically changed British society. Some would even say that she created the world we live in today. Has the legacy of Margaret Thatcher any influence on British society today? How important was the “Iron Lady” to Britain?

Among modern artists with no classical training, the paintings of Virtosu, like Van Gogh and Gauguin stand out as having exceptionally strong and confident lines. As an amplifier of quality confidence is an integral part of Virtosu's work.

Exploring the definition of art is an act of critical thinking. Critical thinking is creative thinking, and the critical-thinking process often requires a belief in the question, rather than an expectation of hard truths or answers. Through active questioning, exploration, and trial and error, we uncover multiple valid perspectives in Virtosu's work. One can see multiple figures but the evidend figure of a dragon shapes up easily.

Art that aims for verisimilitude (accuracy and truthfulness) of the highest degree is likely to be exceedingly elusive. The background is full of energy creating the mood of the political activity Britain went under the rule of the Iron Lady.