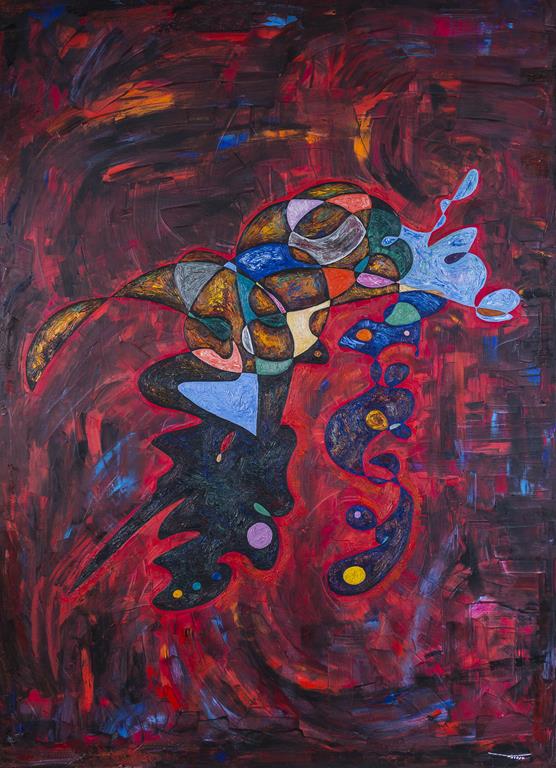 The conflict between Israel and Palestine has been raging for decades at this point with no real end in sight. The birth of this struggle can be traced back to the story of Isaac and Ishmael – step brothers who have had an incredulous impact on the communal sentiments of the Israeli state and the Palestinian Arabs.

Virtosu has decided to commemorate this historic and highly controversial relationship by embodying the sentiment of the conflict in his work.

Isaac and Ishmael by Gheorghe Virtosu, despite creating extremely contrasting legacies on their own, owe their origins to Abraham – the first Jewish father in the world. This commonality is aptly depicted in this painting through the upper-half of the central entity.

This seemingly singular fragment of the work appears to spawn two distinct segments, each with its own set of features but sharing a keen likeliness. The three individualistic fragments are interconnected in this painting and appear to be a singular entity at first glance – much like the conflict between Israel and Palestine itself.

The entire work is accentuated by a blood-red background that appears to be muddling together with the core figures.

The artist is attempting to create powerful links between the historical significance of the conflict, the relationship between the brothers and their father, and the aftermath of religious beliefs that have been carried down through centuries. 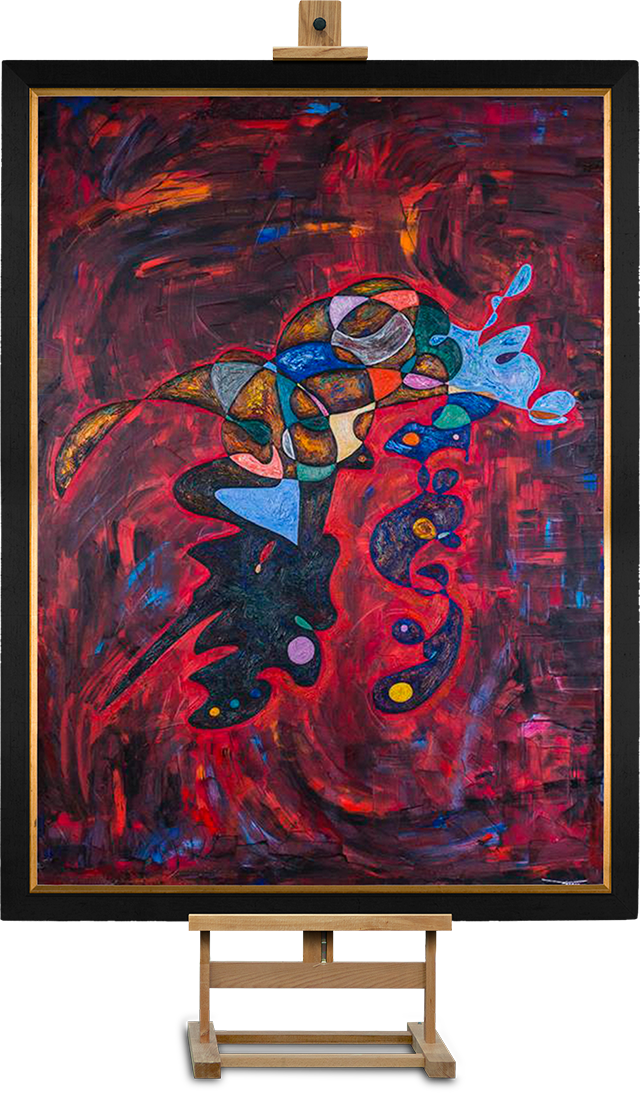 The most important landmark of my life is simplicity. Everything that emerges outside the confines of simplicity brings unhappiness.