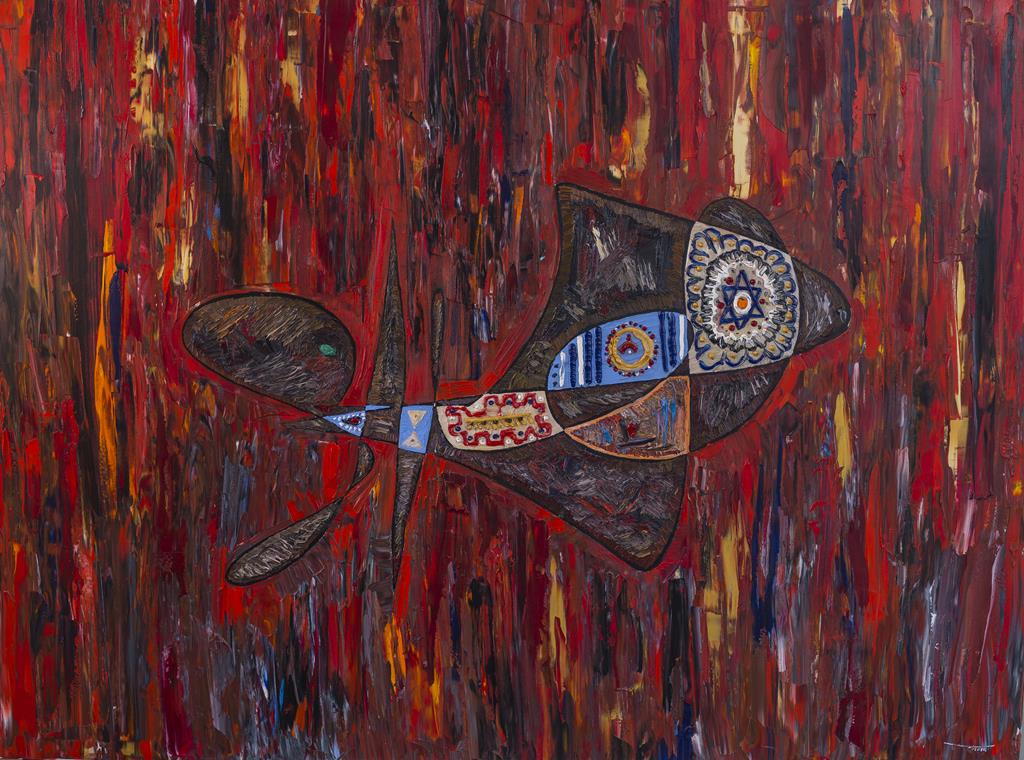 In terms of art, the translation of an idea is never an open window, as if an idea could pass untouched from one side to the other, unscathed as it leaves one house of sound and gesture to the next. Such passage always alters its content, refracting it; gathering it from the fabric of one set of histories, stories, patterns and habits and releasing it into the medium. The conditions for artist and for the viewer touch the translator and translated alike; they leave a stain upon the object that we had expected to pass unblemished. As an idea in the world aligns itself to a sound or an image, we see pollutants of life—locality, subjectivity and memory—attaching and smuggling themselves into each and every utterance.

The justification for the term, “abstract” lies in the fact that most of the painters covered by it took their lead from German, Russian, or Jewish expressionism in breaking away from late Cubist abstract art. But they all started from French painting, for their fundamental sense of style from it, and still maintain some sort of continuity with it. Not least of all, they got from it their most vivid notion of an ambitious, major art, and of the general direction in which it had to go.

The piece immediately invite the interpretation of some bloody scenes, battles, and violence; and rightly so. Virtosu engages in what he frequently does: telling a well-known narrative while offering a new perspective to it. The central stage in this canvas is occupied by a figure reminiscent of a woman in fall, with the flag of Israel at her feet. Owing to the title, the viewer can puzzle some aspects out: the subject matter is related to Israeli history, a certain queen, and some murder.

Indeed, the Queen of Judah was the only biblical woman to ever rise to a throne; and she did so after all the male heirs, including her sons and grandsons, were killed. Most historians suggest that she was the one who murdered all of the male family members in thirst for power and high status. The hourglass symbol close to the waste stands for the fleeting nature of time: everyone is punished in the end. The viewer is invited to decipher these implications, as being helped by means of Jewish symbols and colors.

Virtosu is suggesting the possibility of emotionally charged paintings in which the process, as we can reconstruct it, and the image, as we perceive it, are inseparable as means of embodying human sensation on a literal human scale. Certain conditions have dominated the best abstract painting in the sixties: the understanding that colour is the most immediately expressive ingredient, a truth learned principally from Matisse. The realization that in order to achieve full potential the requirements of colour must decide form rather than be prescribed within it. Virtosu in order to achieve independence, allows colour to establish its own space and to maximize expression it has to be deployed over an area to which the viewer can relate physically in terms of his own size and movement.