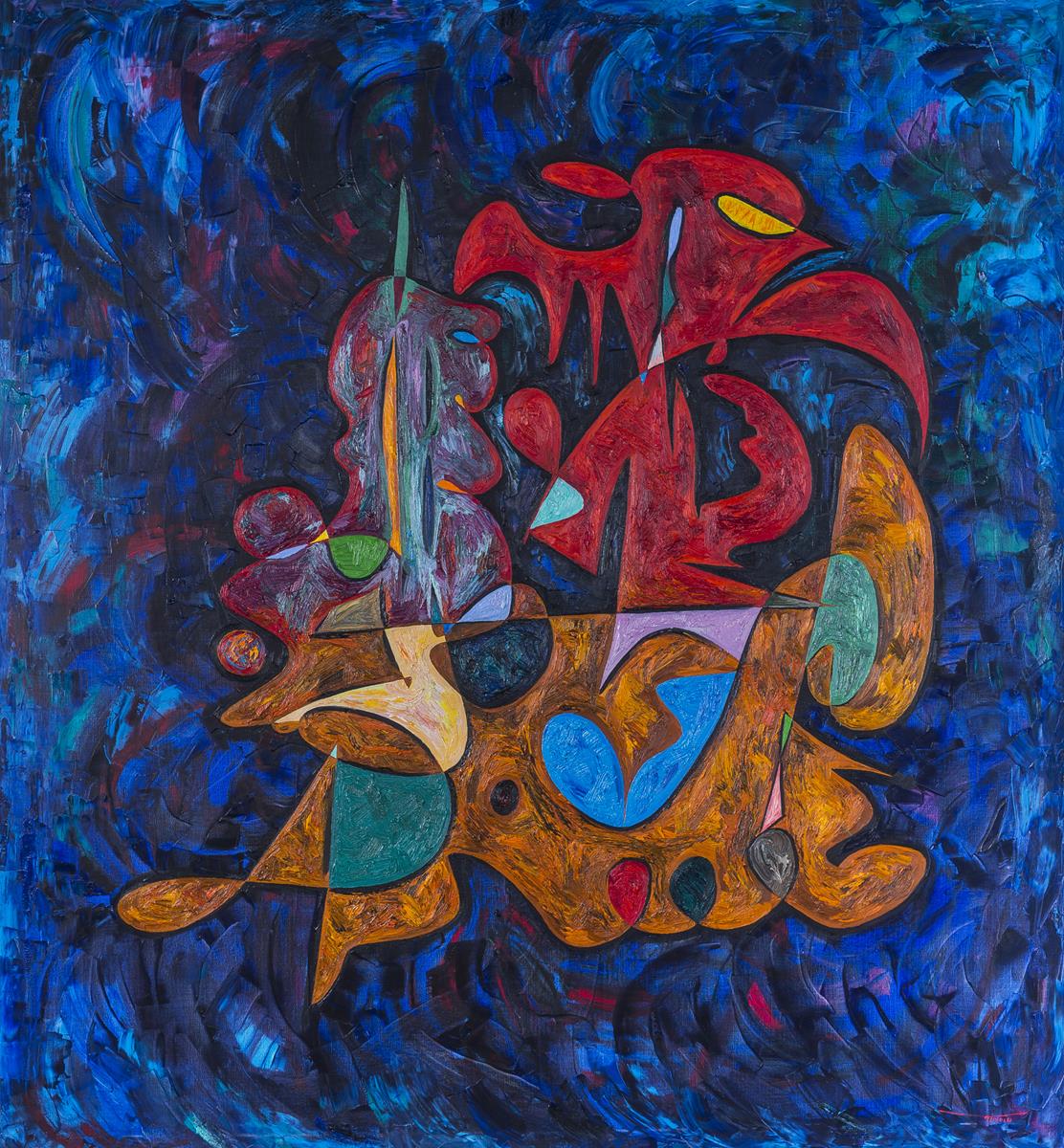 When one comes face-to-face with a work by Gheorghe Virtosu they are both enveloped by its sheer scale and animated by fusion of idea and abstraction. Virtosu’s canvases are a synthesis of his life experience and his deep interest in history.

Virtosu experimented on a much smaller scale, finding solace in small abstract drawings. In 2004, Virtosu adopted a full-time career in fine art and set aside his real estate business. However, the style that Virtosu entered the art scene with was an amalgamation of his private work. His large abstract drawings embraced the social utopia onto his canvas. At the turn of the 21st century, Virtosu’s paintings began to speculate on the fundamental questions of existence, society, history and time.

Alexander the Great by Gheorghe Virtosu provides a new interpretative approach to the well-known historical personality and Greek military leader. Done as an abstract piece, it tells a whole narrative. Painted in 2016, the piece represents an essential point in Virtosu's career, in which he established his highly acclaimed, unique and mature style. Fuelled with inspiration and a new understanding of abstract representation, the artist's style does not mimic European or American artists, but rather incorporates a new stylistic.

The painting is divided into the upper and lower halves, where the former is occupied by the rider and the latter – by the horse. The amber-hued horse in the painting is more reminiscent of a bull in its stature. An important fact in this context is that Alexander the Great named his horse Bucephalus, which is translated as “an ox head”.

The figure of the rider himself is all bloody red, with the brush strokes reminding the dropping blood. The yellow eye of the male figure makes it almost demonic, implying Alexander’s the Great notorious violence and aggression in battles. With the large sword contoured in blood on the left and against the backdrop of the deep blue night, again with blots of red in some places, the subject matter is representative of a strong military leader.

So how do we tell the history of Alexander the Great, pulling apart the myths and legends and reconstructing an accurate narrative? It’s a difficult task, but it’s an important one. The artist invites the viewer to taste history in abstract formation.

Virtosu said of his works: “There's so much we do not know about. Here we are in our natural environment and the mysteries of the universe are all around us”. 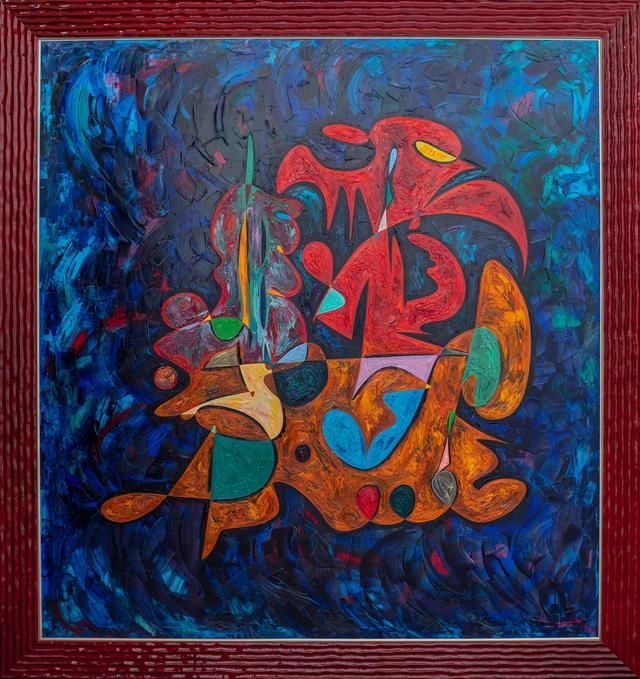 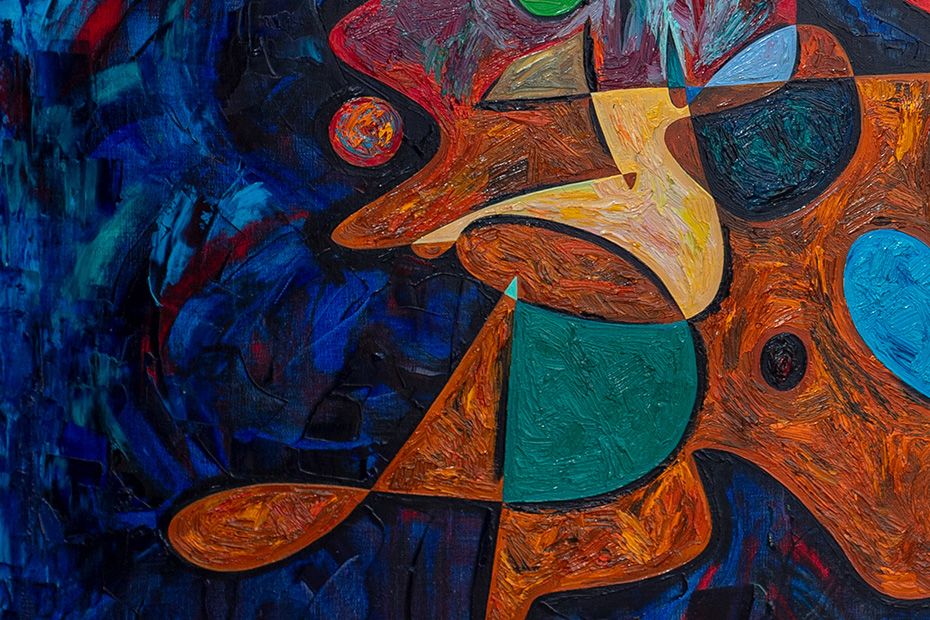 History Is A Continuous Movement. Interview With Gheorghe Virtosu