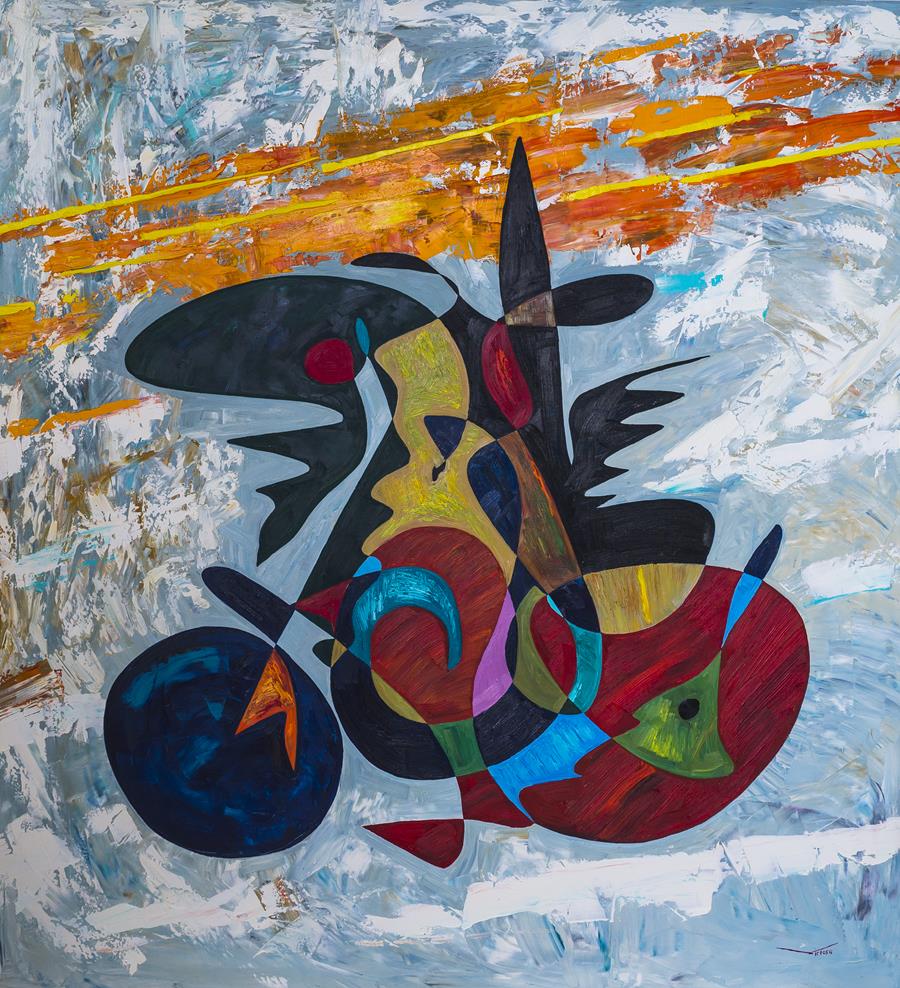 Winner of the 666th-Century

So not only does Nero Caesar add up to 666 when transliterated into Hebrew letters, but the Hebrew transliteration of the Greek word for “beast” also comes to 666. The “Beast” has the number 666 associated with him. The King James Version says that it is “the number of a man” (Revelation 13:18). The Greek can equally mean “a human number” or “a number of humanity.” The number six has long been associated with man. Adam (the first human) was created on the sixth day of creation (Genesis 1:26-31) and many people feel this is where the number got its original significance. It should be recognized that six is one unit shy of seven—a number in the Bible associated with perfection or completion. Note that the seventh day of the week completed the week. The seventh week completed the weeks of early harvest in ancient Israel that led to the festival of Pentecost (Deuteronomy 16:9,10). The seventh year completed the sabbatical period regarding harvest (Leviticus 25:1-7). Seven times seven years completed the cycle of sabbatical years to Jubilee (Leviticus 25:8).

The number seven certainly shows completion and perfection, but the number six is one unit shy of the “perfect” number. It gets close to “perfection” but it is just short of the mark. The number “666” is a triple six and looks very good on the surface, but it is not 777—the number showing triple perfection. Indeed, with the Christ we find something better than “perfection.” This may seem to be a contradiction, because nothing can be more perfect than perfection. But note this. All the letters of the Greek alphabet (as well as the Hebrew) have numerical significance. And with the name “Jesus” we have something more perfect than perfect. Look at the name “Jesus.” If you add up the numerical values of the Greek nominative of “Jesus” it will come to 888. Early Christians recognized this unique feature associated with the name of “Jesus.”

This shows that “Jesus” is to be reckoned as being something more than “perfect” as we humans view perfection. But man’s number is 666—it is not even 777 (which is the highest perfection, symbolically speaking, that humans can imagine). Though 666 represents the height of human “perfection,” it is short of 777 and is far short of 888 which is even “more perfect” than “perfect.”

The Winner Of The 666th-Century 2015 is a large paintings in which areas of deeply saturated colour lie on neutral blue or white fields. Virtosu is not so much concerned, I suspect, with the effects to be obtained by laying one colour over another as he is with the need constantly to have one colour in mind when placing another. Rather than labouring with various means to produce only one kind of ambiguity or one kind of space, he allows each element an independent life within the space of the picture, while integrating his colours across its surface.

In his work, Virtosu heights the tension between separateness of form as colour and integration of the picture surface as a total image. He has taken to using heavy impasto, often laid on with a palette knife, as if to force his colours to be seen as real and the experience of the painting to be felt as substantial. Form is felt in both terms of references or resemblances and in terms of qualities: size, weight, etc. We think not of a certain form painted blue so much as of the colour blue occupying a certain area, and having a certain weight, density and flow. By bleeding off washes of colour from the heaviest blocks into the ground colour Virtosu reminds us of the inextricable spatial interlock of colour with colour. Surprising colour – dull red and warm yellow against blue marine, for instance, – provide that sense of the unfamiliar in the realm of taste which is the essential ingredient of colour painting and the one sure guide to originality in a colourist.

In the finest and magnificent piece, we are made deeply conscious of the area of crisis between means and end, between stability and flux, between what is already given in the form of a painting and what is being embodied in the process of painting it. As the Title suggests we are in the space of a winner on the one hand presented by knowledge and physical fact, shape and structure, on the other discovery we see 666th century, it moves us into the space of new experience, unknown and maybe frightening. In the processes of his creations, Virtosu confronts human dilemma, and in his colours and forms he discovers human sensation.

Virtosu lets us understand one thing, the kingdom of man under the antichrist, which will exist at the end of our age, will be the finest, most wonderful, and thoroughly beautiful kingdom that man has ever devised (that is, from the point of view of mankind). It will be more glorious than any earthly kingdom of the past and it will reflect the height of man’s endeavor and achievement. It is nothing like The Omen imagines. There will be no terror associated with it at all for those who will welcome it and abide by its benevolent rules. 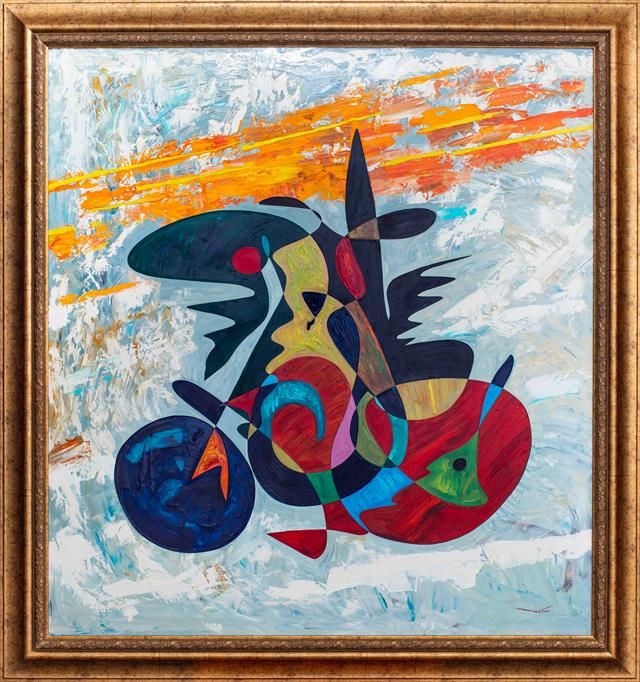 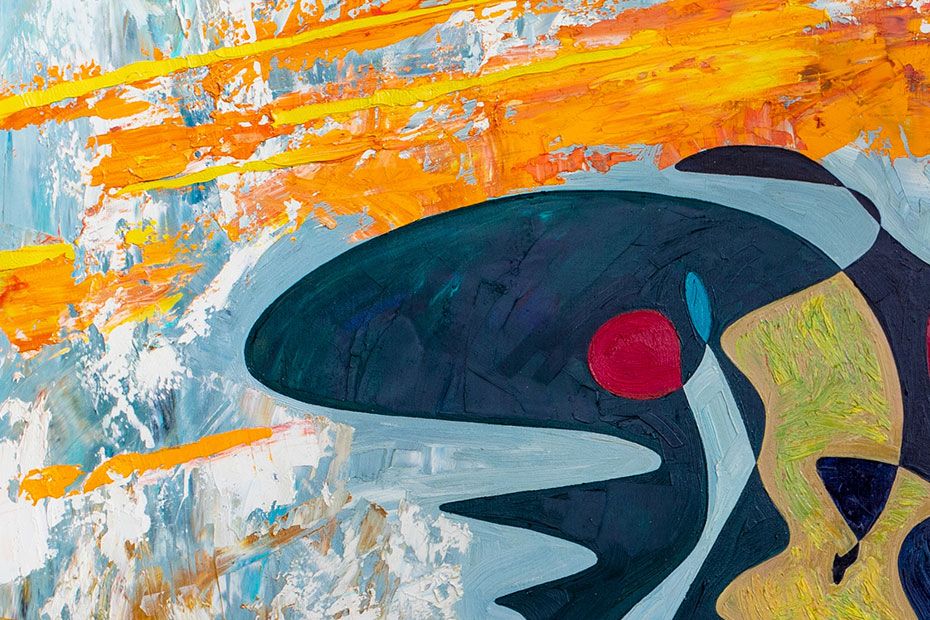