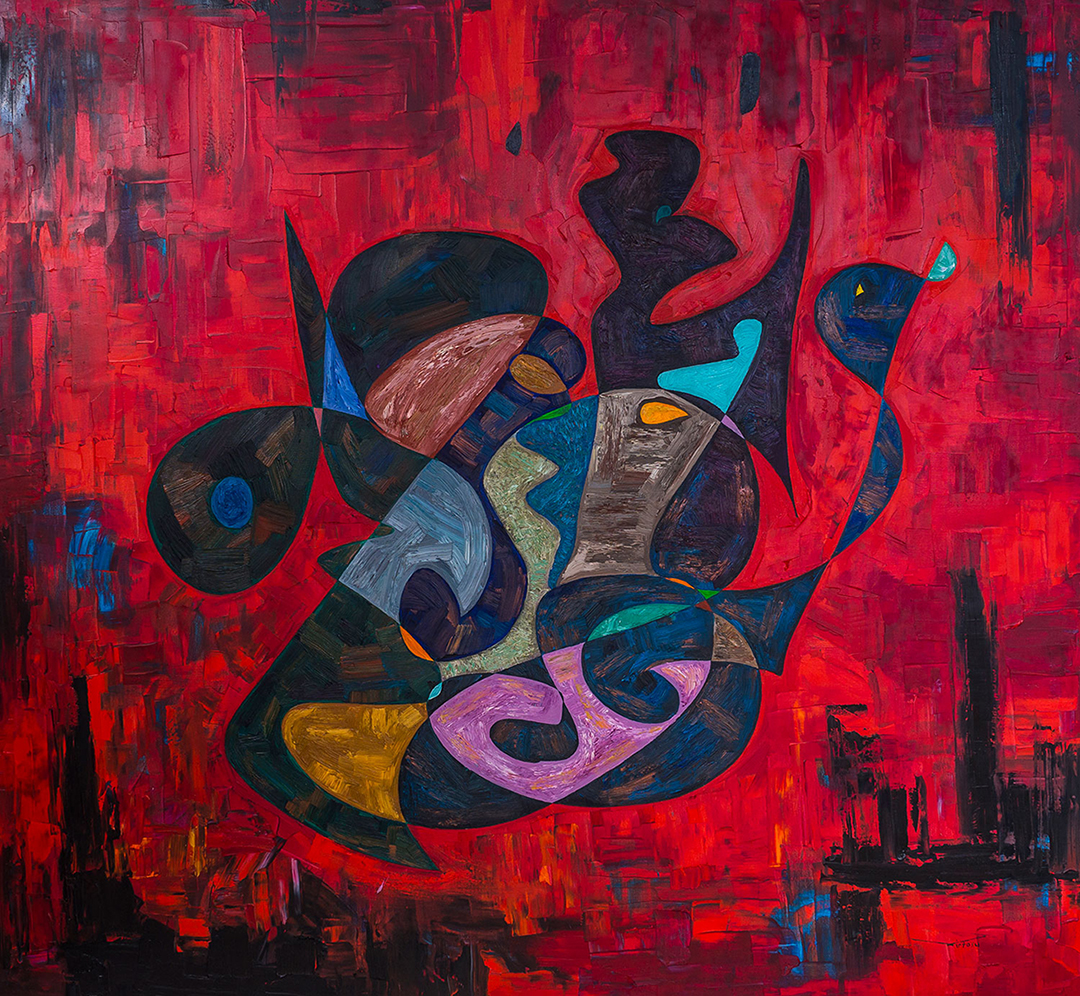 The plot of the picture is fabulous and symbolic, while the viewer searches to understands the details of the canvas, we all know the name of the hero. For decades, his image has dominated the landscape of Turkey, his icy-blue eyes staring down from the walls of every school, hospital and government institution.

The skill of a painter is often revealed in the strength and confidence of his line (outline), creating and delineating the various shapes in his picture. Each line now is the actual experience with its own innate history. It does not illustrate—it is the sensation of its own realization.

The imagery is one of the private or separate indulgences however it depicts an abstract totality of visual perception of a former army general. Ataturk left his mark on the military after repelling the Allied invasion of the Dardanelles and later resisting the Greek, French, and Italian armies.

The background of Mustafa Kemal Atatürk by Gheorghe Virtosu, especially at the top and center, become significant activity, and this along with the drift, evokes the sensation that the centerpiece is in intense fire, with protrusions of black as they rise across these surface being symbolic of the turmoil and collapse of the Ottoman Empire. Ataturk led the Turkish War of Independence, which defeated European powers who hoped to invade the crumbling empire.

The centerpiece is suspended in space, giving the feeling of a flight, anchoring the painting in the physical world while the forms suggest the encroachment of the spiritual.

The depiction has more power in describing the title holder character rather than his physical representation as most of viewers will focus on the bird shaping up on the right side of the centerpiece, translating a feeling of ascension… 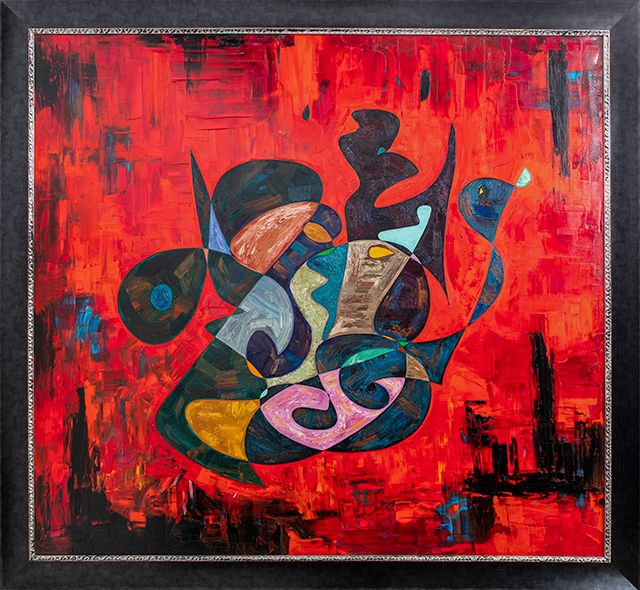 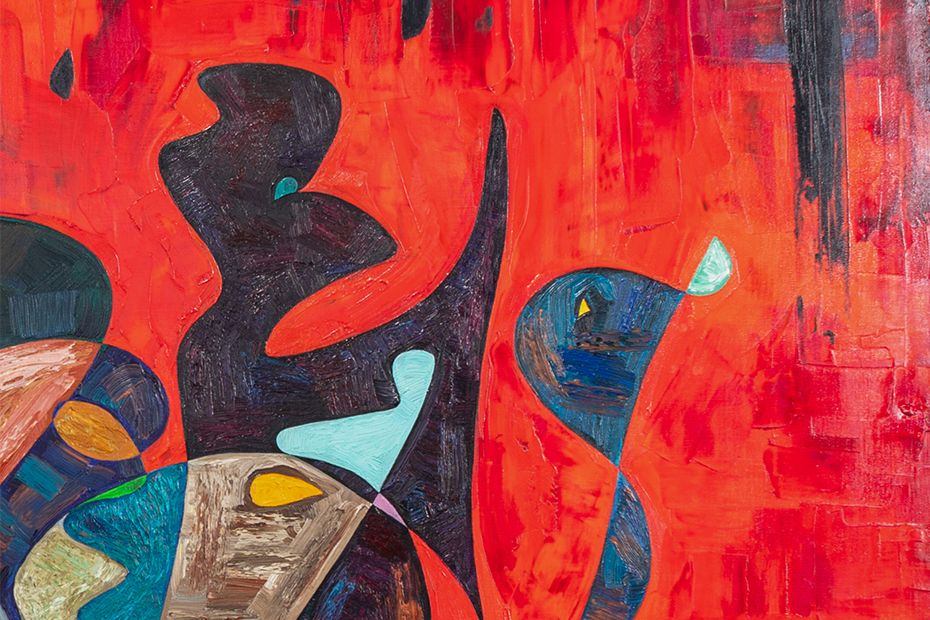 I transform both pleasant and unpleasant experiences into symbols.